Who can end the war in Yemen?

Um Jomaa leaves her house at dawn daily to start her work as a cleaning worker in the streets of Sanaa, making less than $50 a month. She dreams of an end to the war soon.
She has little hope about Yemeni politicians’ ability to stop the war. “There is no use… They are all thieves. All they care about is their own interests,” she says. 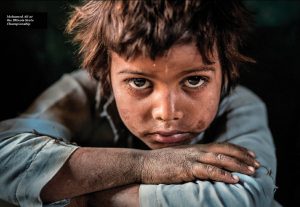 Um Jomaa is not alone in losing faith in internal powers in Yemen.
The war has devastated the country since the Saudi-led coalition’s intervention against the Houthis to re-install the government of President Abd Rabuh Mansour Hadi. More than 10,000 people have been killed, while the already impoverished country hangs on the verge of famine. A cholera outbreak has threatened entire communities. More than 22 million Yemenis are in need of humanitarian aid.
The conflict is the world’s worst man-made humanitarian catastrophe.
So who can stop this unfolding nightmare?

International agreements
The Yemeni American News talked to experts and citizens about their views on the war and how the conflict can end.
Yemeni-British academic Hamdan Dammag said international and regional powers are now the main players in the ongoing war; hence, ending the war cannot be achieved without them.
“It has unfortunately become clear after almost four years of civil war that Yemenis are unable to attain peace on their own… Any enforceable peace initiative cannot ignore the regional and international ramifications of the Yemeni conflict,” he said.
Dammag added that the Houthis particularly can hasten the end of the war by accepting international resolutions relating to Yemen, especially that those agreements do not exclude the Houthis from the political process.
Sanaa-based academic Abdulkareem Alwasabi said the key out of the crisis is to return to domestic and international agreements that spelled out a roadmap for a democratic transition after the Arab Spring protests that saw late president Ali Abdullah Saleh relinquish power in 2011. Those are National Dialogue Conference, the Initiative of the Gulf Cooperation Council and subsequent UN resolutions.
Those agreements called for a temporary transitional government that would oversee the drafting and ratifying of a new constitution, followed by democratic parliamentary elections.
Alwasabi added that the war has domestic and external reasons. Domestically, he blamed the spread of corruption and power hunger among Yemeni parties, as well as the presence of al-Qaeda and the rise of the Houthis, which led to disregarding the National Dialogue Conference.
“External reasons are the Iranian ambitions in Yemen, as well as Saudi and Emirati ambitions and the international competition for Yemen’s natural resources,” he said.

Weak government
Before the war, Moqbel Alsalmeen was a manager at a government agency. Now he is a taxi driver struggling to make ends meet. After the government decided to stop paying the salaries of public employees, he had to find a different way to provide for his family.
“Everyone knows that the corruption and weakness of the government allowed the Houthis to grab power; they are responsible as well,” Alsalmeen said.
“At the end, they are all responsible for the war, including the government of Hadi, who remains the internationally recognized president.”
But sadly, Alsalmeen says, ending the war is no longer a Yemeni affair.
“Regional and international powers now have interests in the war. The question remains: Will they work to stop it? The answer is: No. Because their interests in the war mirror their regional long term interests,” he said. “The war will go on until everyone is weakened and until the world recognizes the involved parties’ inability to achieve peace. Then, the international community may do something. Yemenis may wake up then, after years of destruction.”
Jamal, a police officer in Sanaa, also faulted both the Houthis and Hadi for the war.
“How can Hadi justify halting the pay of government employees in the northern region and the air strikes against civilians and infrastructure while claiming he is a president for all Yemenis?” he asked.
Jamal said the focus should be on ending the war to stop the suffering. He called on Yemeni parties to accept concessions to reach a peaceful resolution if they are truly fighting for the people as they claim.