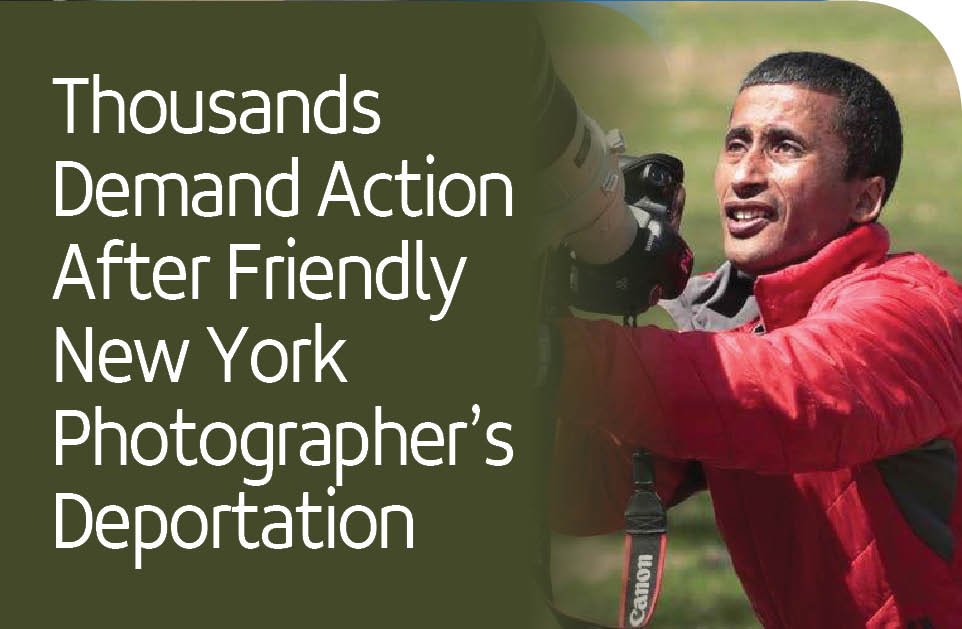 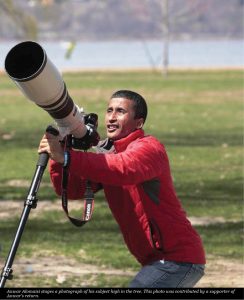 At a regular check-in with Immigration Authorities, Anwar Alomaisi thought it was just another routine look at his immigration status. Since coming to the United States 22 years ago, he’s seen the state of his home country of Yemen change rapidly. Now, the people from Yemen who stay in the United States are able to apply for Temporary Protected Status. And until Sept. 3, 2021, people from the country can remain on TPS.
Alomaisi is a photographer, a volunteer firefighter and a genuinely popular guy in his home state of New York. People remember him as an extremely talented nature photographer. His subject is often the American Bald Eagle. According to a legal worker on his case, it’s his favorite bird.
People know him as a person who’s generous with his time. On a Facebook group, those who know him posted pictures from an act of kindness that Anwar did for them. Often, it was photo services given at a discount, or for free.
In that regular check-in with immigration authorities, Anwar was taken to a jail in New Jersey before he was loaded on a plane. He was deported and heading back to Yemen. Two other deportees were forced onto the plane with him.
“I was going to the immigration office on January 21st, as usual,” Alomaisi told another Yemeni American News reporter. “But I was surprised. They told me they already had the passport from the Yemeni Embassy in Washington. Then they pulled me inside.”
As an outspoken critic of the conflict, a Pro-Democracy Activist and a deportee, Anwar fears for his life. Since he arrived in Yemen, he’s been in hiding. And according to Ibraham Qatabi, manager of the campaign to bring him back, his situation is getting worse.
“He said he’s really short on food and supplies,” Ibraham Qatabi said. “Yeah, he’s in a very bad condition right now.”
President Donald Trump’s administration have made a clear effort to deport anyone without citizenship who has a criminal record. But Anwar doesn’t have this sort of record. Before the deportation, he hasn’t even been arrested.
“I don’t have no criminal record and I’ve never been in jail before,” Anwar said. “I don’t know why they wanted to deport me.”
Yemen is part of the Trump Administration’s controversial ‘Muslim Ban’ in which the citizens of seven countries were originally barred from traveling to the United States. Yemenis with Temporary Protected Status are protected from being sent back to the war-torn country. But in Anwar’s case, he was reportedly misled into not applying.
Temporary Protected Status is something that all Yemenis are able to apply for, regardless of deportation status, says Qatabi.
“The issue is he went to an attorney a while ago and he was told that because of his deportation order, he couldn’t apply,” Qatabi said. “But then some other Yemenis from Michigan called and told me they had a deportation order and were able to obtain TPS.”
Back in 2005, Immigration Authorities ordered Anwar to be removed from the United States – a deportation order. According to a Huffington Post Article, Anwar filed an appeal for his deportation order, but it was dismissed. However, as the situation worsened in Yemen, his deportation was pushed back, seemingly until it was almost forgotten.
What makes Anwar’s case special is the public outcry. People who are on his case have reached out to Senators Elizabeth Warren and Chuck Schumer, along with the former Secretary of Defense under the Obama Administration, looking for any support they can get. And the high-ranking officials have responded with their support and some assistance from their own staff.
As of right now, Alomaisi’s attorneys have filed a case on the grounds that he was never given due process under the law.
“If someone says they have fears to go [to the country of deportation], they’re supposed to give them two weeks to see a judge,” Qatabi said. “And then the judge will look at the case and determine the final status. They didn’t give him that due process.”
As the thousands of people rallying online for his cause can attest, Anwar was an important part of the community. Not only in upstate New York and not only in New England. As someone put it to Ibraham Qatabi during his work on Alomaisi’s case, he was an important part of America.
“He was bringing the best out of America as he was photographing,” Qatabi said. “He would go into all these landscapes, all these estates, and so he had a lot of followers from overseas that learned about America and about different landscapes and the beauty through him. So we lost him even though he was doing the best for both worlds.”