The Yemeni American Politician Working for the People of New York 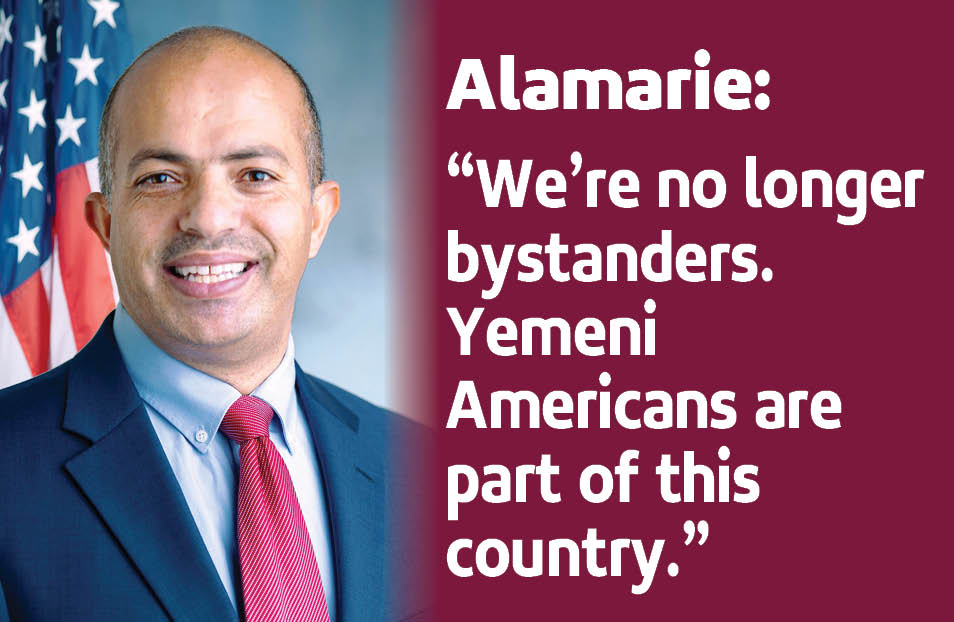 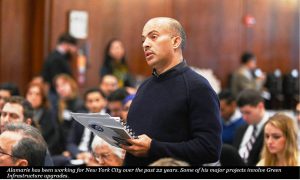 Next year will be massive in the history of New York City Politics. After Term Limits were enacted back in 2001, the 41 open seats on New York’s City Council have attracted more than 500 candidates to kick-start their campaigns throughout the city’s five boroughs. And that number is only the number of candidates who’ve already started their campaigns.
One district in the Southwest corner of Queens is up for big change. After going through a demographic shift that pushed out many of the reliably Republican voters, District 32 now has a record number of registered democrats moving in. And one candidate is looking to capitalize on the need for a new face to represent their district.
Kaled Alamarie is many things: a city employee for over 20 years, a father of four, a Yemeni American and even an avid marathon runner, among other traits. He’s one of the candidates looking to cause a shift in New York’s District 32.
“My interest in running – there’s actually many reasons, but one of the main reasons was Yemeni Americans have been relying heavily on small business in New York City,” Alamarie said. “And there’s many laws that have come up to the surface that are really forcing them not only to close down, but also we can’t afford to really live in New York anymore.”
Kaled has been a city employee for the last 22 years, working in project management. He’s recommended policies and even established some of the city’s green infrastructure. Taking some timeless issues, like New York’s inefficient sewage system, he’s given them 21st century upgrades – All without raising taxes on the people of New York.
The campaign is still relatively new. Alamarie announced his candidacy last month, along with the unveiling of a few policy proposals. One of those policies will try to reduce schools’ overreliance on applications for students by giving every school district in New York the resources students need.
“I had to actually go through that process with my son when we, over the duration of a single year, had to transfer to three different schools because it wasn’t meeting his educational goals and ambition,” Alamarie said. “All schools should have access to the specialized program from kindergarten to grade 12.”
Another policy proposal is compartmentalizing city services by district. Alamarie says there are over 2.7 million unanswered service requests sitting in the city’s database. “And that’s just inefficient,” Alamarie said. “Because there’s no way New York City can address the 2.7 million in a timely way.”
Instead, Alamarie is looking to make services response fall on the responsibility of each district, rather than the city as a whole. And this could help reduce the overwhelming wait times for city services.
As Alamarie’s campaign progresses, he says he won’t take money from Political Action Committees or Organizations for his campaign. “It’s all individual funds,” Alamarie said. “So we don’t have pressure from anyone that can influence our plan to deal with issues and concerns in New York.”
Alamarie has studied the issues that people in the district care about most. He’s talked to residents about the issues they care about most, like quality of life, travel time through the city and the high price of housing and taxes. Part of how Alamarie runs his campaign is with a grassroots focus on New Yorkers being able to address concerns.
“In terms of campaigning, it depends heavily on volunteers, empowering local communities, and local residents into getting involved with the politics in the systems.”
Kaled Alamarie is a Yemeni American. After his parents brought him to New York City at a young age, he’s studied and worked in the city for all his life. Growing up, his parents owned a small business in the same district where he’s running for City Council.
Now, Kaled is watching two of his kids go through colleges in New York. One of them is graduating this year while preparing for medical school. “We’re fortunate to have the American Dream,” Alamarie said.
Whether he’s defined as a New Yorker or a Yemeni American, Kaled Alamarie seems to hold both of these identities close to him.
“We really want to make it known that for such a long time [Yemeni Americans] have been bystanders,” Alamarie said. “And you know, we’re no longer bystanders. Yemeni Americans are part of this country. And we should get involved in everyday politics and contributing and decision making to make this country a better place.”
As a representative of the Yemeni American Community, the representation in New York City’s politics could mean more for everyone.
“We’re fortunate to have the American Dream,” Alamarie said. “That’s why I hope to contribute.