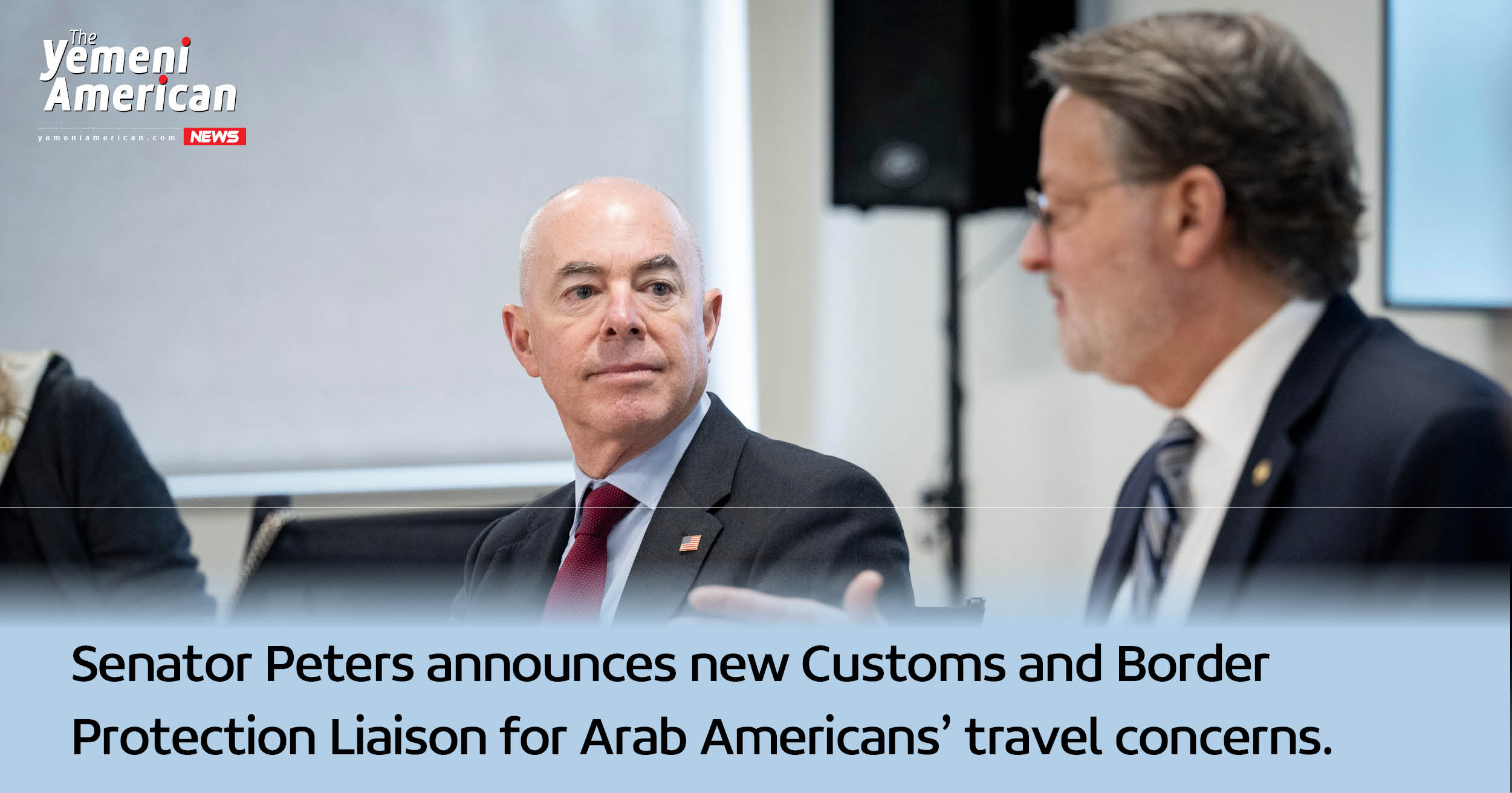 Washington, D.C. – After meeting with leaders from Michigan’s Arab and Muslim American communities, Michigan Senator Gary Peters announced a new role within the US Customs and Border Protection agency for a community relations liaison.

“Following the meeting I convened earlier this month between community leaders and Homeland Security Secretary Alejandro N. Mayorkas, I’m pleased to announce that the Department has notified me that U.S. Customs and Border Protection will be establishing a new position to serve as a community relations liaison between the agency and Michigan’s Arab and Muslim American communities,” Peters said.

The heightened security measures experienced by Arab American travelers is a well-documented phenomenon. Many Arab Americans say that they are especially targeted for increased scrutiny while traveling because of their ethnicity, or cultural dress.

“Community leaders have long raised serious concerns about experiences with the travel screening process, and this new role will be a vital link between these communities and Customs and Border Patrol officials to help address these concerns and other important civil rights issues,” Peters said. “This is a key step to ensure that the Department of Homeland Security and its component agencies are effectively serving all of our communities.”

“As Chairman of the Homeland Security Committee, I will continue working with Secretary Mayorkas and Customs and Border Protection to ensure that the Department of Homeland Security is able to facilitate secure and efficient trade and travel into the United States while protecting our borders and respecting Americans’ civil rights and liberties,” Peters said.