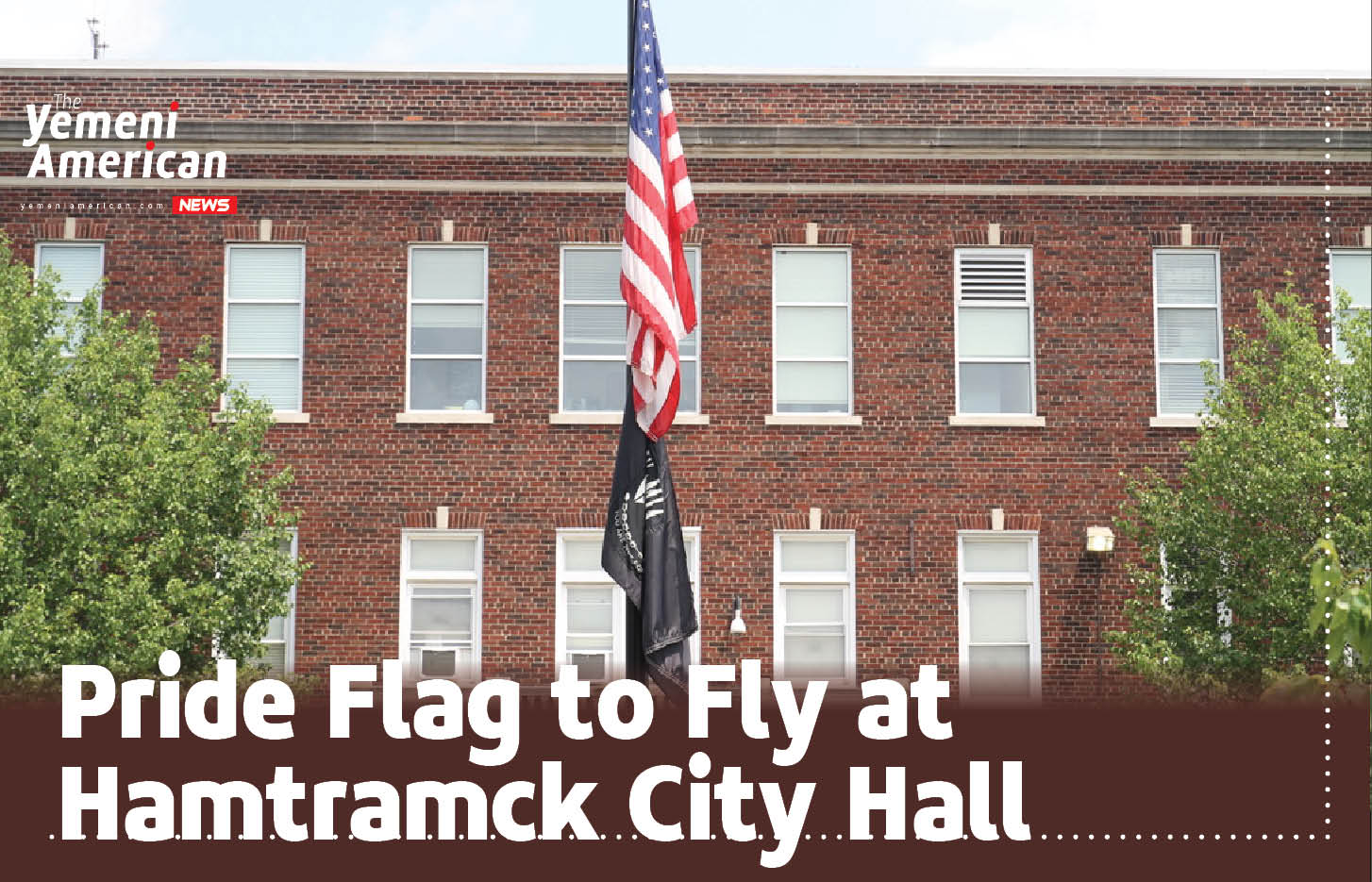 Originally on the consent agenda, meaning that it would not be debated as a “New Business” item would be, the resolution to raise the pride flag at City Hall was not expected to be a controversial one. Councilmember Saad Almasmari, who’s currently running for Mayor of Hamtramck, requested to move the pride flag resolution to New Business in order to allow for debate.

During public comment, many people spoke on the issue, including Hamtramck resident Nasr Hussein, who said that this issue may be too controversial for the city to handle.

“Using city resources to try and spread some political or social positions or views is a very shameful thing to do,” Hussein said. “…LGBT people are free to do whatever they want in their houses and businesses but trying to impose their values or ideals on a majority Muslim city, it gives a very bad impression.”

Religion was a hotly debated topic during the public comments, with a few alluding to the idea that the pride flag is in opposition to Muslim ideals. However, Farhana Islam, another Hamtramck resident, called for people in the city to look past this.

“You live in America, everyone should be accepted here,” Islam said. “I don’t know, I’m just at a loss for words. But I just want to say that Nasr does not represent the Muslim community’s belief on this. As a Muslim person, I am definitely in support of the LGBT community… Please respect this. Please honor these people.”

A majority of people who gave public comments against raising the flag, including Hussein, questioned whether this should be a priority for the city. Many said that the budget challenges and other pressing goals should be debated before any question of LGBT acceptance should be debated.

Amer Ghalib – another Hamtramck Mayoral Candidate – called for a focus on shared values and a return to priorities.

“I think this is just going to create constant conflict among people, and it’s going to waste a lot of time and energy on these unnecessary things,” Ghalib said. “…I think we should focus on the priorities of the city.”

George Elkind, a resident who says he worked closely with the Arts and Culture Commission on this project, maintains that this issue was not a use of city resources.

“I just heard the last commenter say that we should focus on the budget,” Elkind said. “It’s totally unrelated. Those are mutually exclusive issues, and the city can improve itself by framing itself as a welcoming place to all sorts of people… By taking this off the consent agenda and by making this a topic of debate, I think we’re undermining that.”

When it was City Council’s turn to debate this issue, every member of City Council voiced their stance on this issue – including even Mayor Majewski and City Manager Kathy Angerer.

Councilmembers Carrie Beth Lasley and Fadel Al-Marsoumi both spoke in support of this resolution, saying that the mission of the city to be a welcoming place to diversity and inclusion hinges on the decision to raise the pride flag in front of City Hall.

“We have to acknowledge that as a community that preaches diversity and inclusivity for all, we can’t encourage specific efforts and then neglect others,” Councilmember Al-Marsoumi said. “…We as an elected city body support all human rights. We support all civil rights. And we proudly voice the concern of those who are silent and those who are oppressed. So long story short, we’re here to support everyone.”

Councilmembers Saad Almasmari and Mohammed Hassan spoke against this issue, saying that while Hamtramck will always be a welcoming place for everyone, the flag may not be the most important, or necessary gesture.

“Hamtramck is still, and will be, a welcoming place to everyone. No matter who they love, how they pray or what is their lifestyle. I strongly believe that a government building or government property, should only display the American flag. Not someone’s lifestyle, not someone’s religion, and not other countries.”