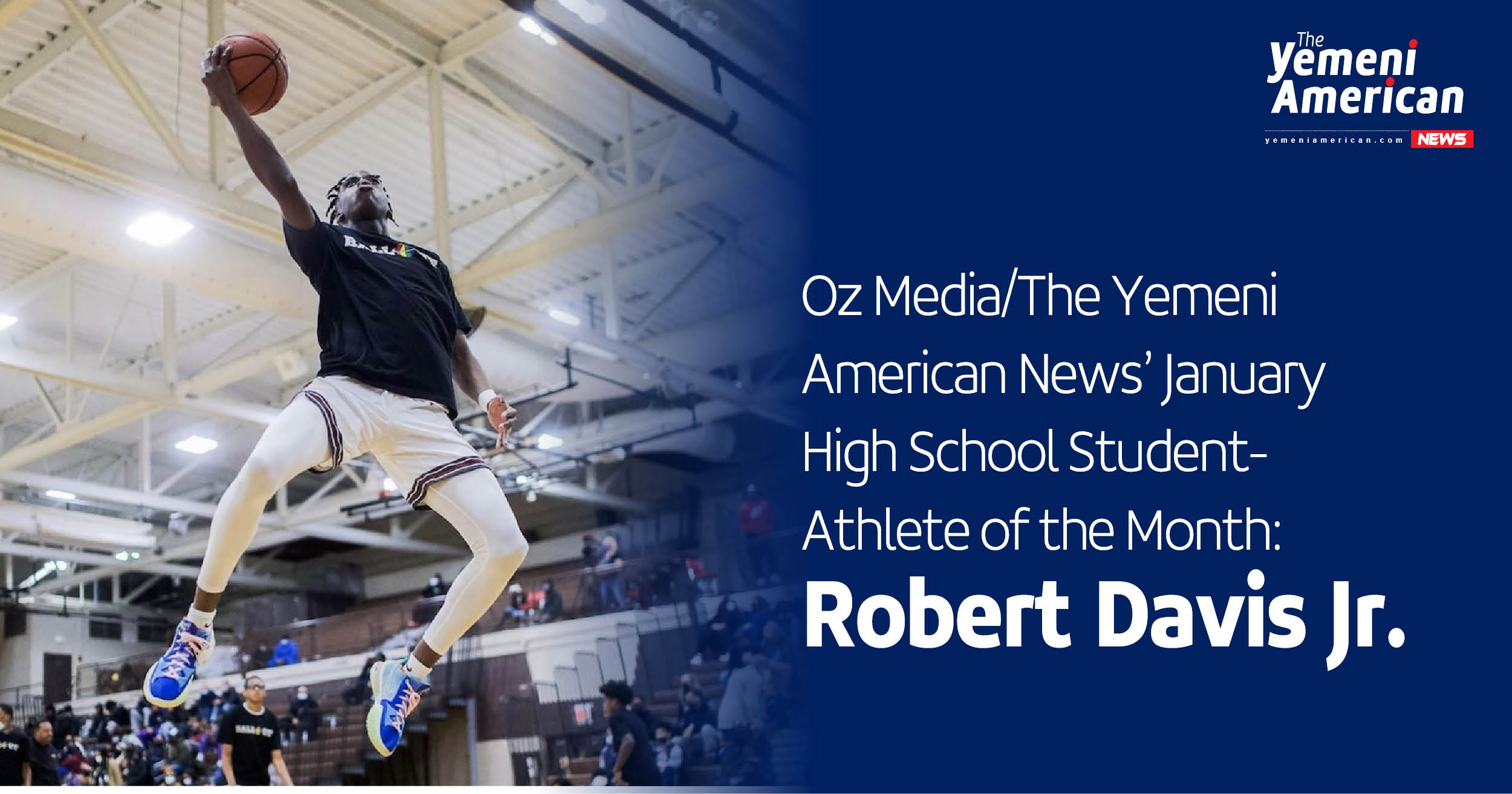 Robert Davis Jr. is a 6’6 Senior Guard at Hamtramck High School. Robert currently holds a 3.8 GPA and is averaging 22 points per game, while adding 5 rebounds and 4 assists per contest. Robert is also coming off of two 40 point games in the month of December. It’s pretty clear Robert is taking care of business on and off the court.

Robert transferred from Farmington High School to Hamtramck High School this past summer. Robert said it was not easy at first being on the same page with his teammates because “we have 5 potential Division one athletes on the team. Having all of us on the court at the same time made it hard at first to gel and make everything mesh together.”

A lot of people from the community was excited that Robert transferred to Hamtramck High School. No one though was more excited than Athletic Director Brian Anderson and Head Varsity Basketball Coach Dennis Foster.

Brian Anderson has been nothing short of amazing so far in his first few years as athletic director at Hamtramck High school. When we asked Brian what kind of impact Robert has brought to the team, his response was, “Robert has brought a lot of focus to the team. He works hard and also has a great ability to score the basketball in a number of different ways.”

Brian later added, “Robert has done a nice job fitting in with the team while also bringing a measure of leadership to the table. He has joined a team with a lot of hard working, talented players and has managed to fit in with Coach Foster’s program while also continuing to show off his individual skills.”

Coach Foster agrees with Brian, saying that, “Mr. Davis has brought high energy and high basketball IQ to the team. He also has brought a free spirit to the team as well if that’s such a thing.”

When we asked coach Foster how has Robert fit into his system and the Cosmos way, he said, “Fitting into the Cosmos way was easy for Rob. Family/Team first is the Cosmos way and Kita (Lakita Gantz-Roberts’ mother) & Rob, those are things they already lived by.”

We then asked Coach Foster what are his expectations for Rob for the rest of the year, he said, “For Rob to continue to be the leader he has been for us. Also, we want the team to understand that we are being hunted and not the hunters. Stay focused, the season starts in March.”

When you speak to Robert, even if it’s for five minutes, you can tell he is an inspired and motivated young man. When we asked Robert who was his inspiration for being the person that he is, he jokingly said, “A woman who goes by the name of Lakita “The Coach” Gantz.”

Lakita “The Coach” Gantz is Robert’s mother. Lakita is a Student-Athlete and Parent Consultant, as well as a Culture Coach. Lakita wears a lot of different caps, but the most important one is being a mother to Robert and making sure he is taking care of his business.

Lakita has pretty much been to every game Robert has had since he was little. When we asked Lakita what makes her son such a great leader on and off the court, she said, “Robert is a great leader on the court because he carries the same servant mindset that he has been taught throughout his life off the court. Robert is by far one of the most unselfish players that you will meet and he is willing to do whatever it takes to win.”

We then asked Lakita what has her experience been like with having Robert transfer schools for his senior year? She said, “Choosing Hamtramck for Robert was a blessing. We are a very spiritual family and a very special person came to me in a dream and told me that Hamtramck was where we should be. We have always been fond of the great culture and family like environment throughout the city. And we also recognized the legacy of all of the great athletes that have shun their light wearing a Hamtramck jersey. Coach DJ has been a great representation of what the athletic world calls a “players coach”. He cares about his players so much and he wants the best for them on and off the court.”

Coach Lakita closed out the interview by saying what makes her most proud about her son is “his ability to follow through and handle his business regardless of his athletic schedule, his academic schedule or his extracurricular activities. Robert understands how to get it done, while also doing it all at a very high level.”

If you thought what Robert was doing on the court and in the classroom was amazing, wait till you hear about what Robert has done with some of his extracurricular activities.

Robert currently has a clothing line called “Speak Volumez”, he is a co-host on a radio talk show called “SpeakVolumez Radio Talk Show” which airs on Vent Radio, he is a model for Barbizon Modelling and he started his own photography media company called “ShotByTheNatural.”

When we asked Robert what does his future hold, he said, “When I am doing the things that I love it never feels like a job. So, I plan to continue to do the things I love, whatever that may be.”

One of the things Robert loves is playing basketball. He does plan on playing basketball collegiately. We closed out the interview asking him what kind of player would a future college be getting with Robert Davis Jr., his response was, “You’ll be getting a player who not only works hard, but wants to win. When people ask me what my biggest asset is when it come to the game of basketball, I tell them I do what it takes to win.”

On the behalf of everyone at OZ Media and The Yemeni American News, we want to once again say congratulations to Robert Davis Jr. on being our January Player of the month!