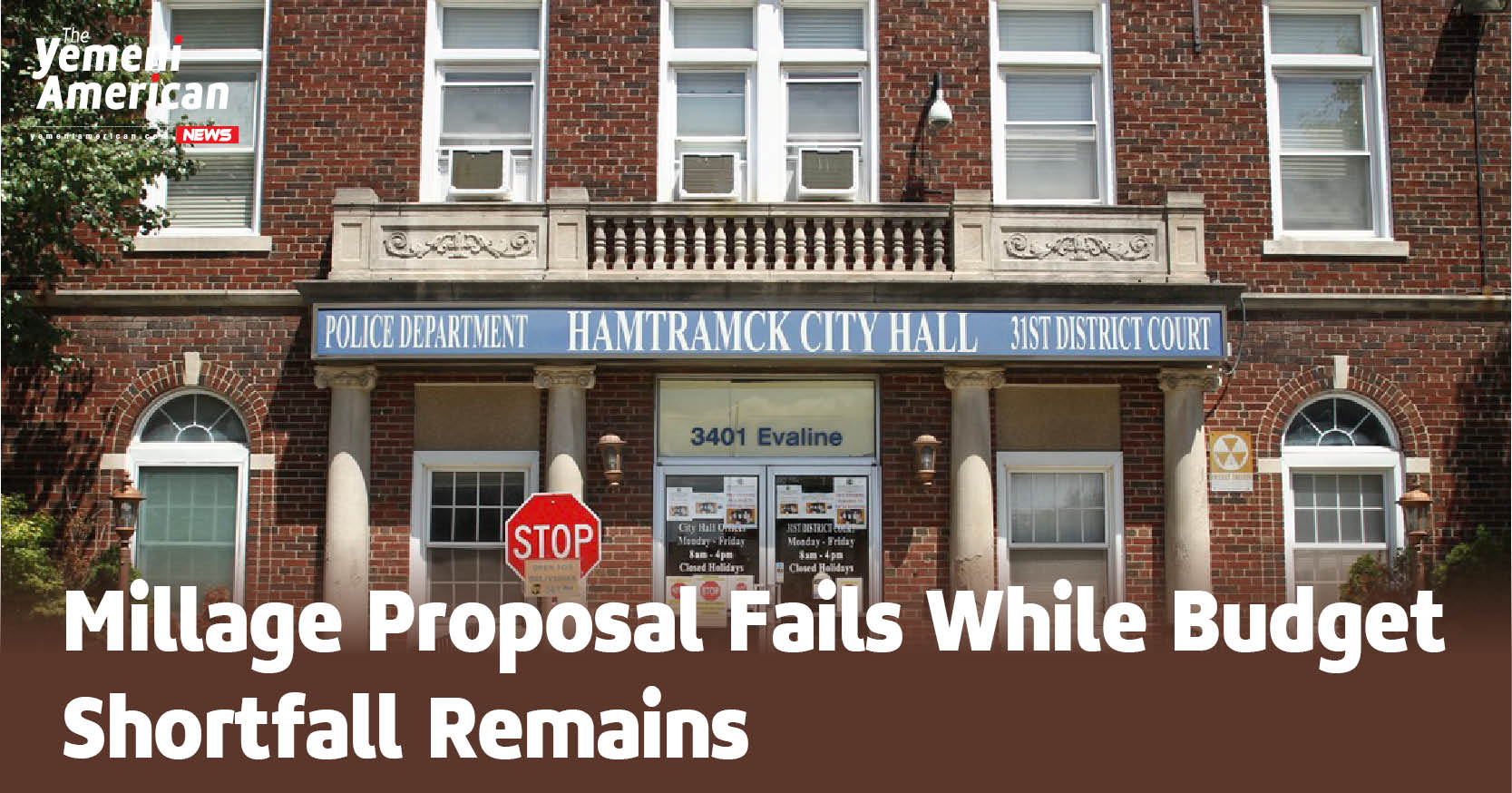 HAMTRAMCK, Mich. – With voters declining to raise taxes in order to fund the police and fire retirement plans, the question of how the city will raise the money for this cost remains.

Voters overwhelmingly struck down the millage proposal asking for a consideration on raising property taxes to a rate of $10.50 for every $1,000 of the taxable value of the property. For the average property owner in Hamtramck, this would have raised the property taxes from an average of $9.15 to $192.15.

As a last effort to outline a funding source for the cost of retirement benefits for former police and fire workers, the millage proposal was struck down by over 80% of voters. According to one city council member, this leaves the city’s residents at risk for another tax increase, ordered by a judge.

“I know you voted before and the [millage proposal] failed,” said Hamtramck Councilmember Fadel Almarsoumi. “But after being presented with the facts and with information, you see that this is vital and this is crucial. This isn’t a ploy to increase your taxes because of bad spending. Instead, this is to protect your taxes, because if we do go to a judgement levy, ladies and gentlemen, it’s inevitable that our taxes will increase more than what we’re proposing.”

Taxes from the millage proposal were slated to fund the police and fire retirement benefits through MERS. The Municipal Employee Retirement System of Michigan (MERS) is a system of apportioning retirement benefits to former municipal employees. In a benefit package that was negotiated decades ago, the City of Hamtramck negotiated these benefits under the life expectancy of the time period.

That life expectancy has since risen tremendously, creating a situation in which retirement benefits are given for longer and longer periods of time. This has left the city with decades of ballooning costs for retirement benefits, particularly for former police and fire workers.

In a July city council meeting, MERS representative Sue Feinberg outlined the future costs of the city’s retirement plans. Costs are expected to rise at an average of $150,000 each year, with annual payments reaching $6.4 million by 2027.

“[Plante Moran] did a very nice job spelling out what the city’s options were,” Feinberg said. “Unfortunately, the city really doesn’t have any more options for plan changes. So on a going forward basis, as you slowly bring your funding level up, these costs are going to increase.” 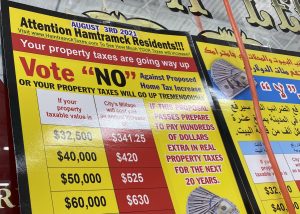 An Anti-Millage poster in a local convenience store, distributed by Hamtramck Citizens Against Taxation

Since the Aug. 3 election is the second election with the millage proposal on the ballot, City Manager Kathy Angerer says that the City Council will need to make the decision for how to move forward.

“The situation at the city has not changed,” Angerer said. “The MERS report that was heard at the last City Council Meeting outlines the issue clearly. We are underfunded and the city is required to pay escalating amounts going forward. This is a revenue problem. Since this payment is made out of the general fund, the City Council will have to make a determination how they want to address this going forward.”

Brian Camiller, a financial advisor for Plante Moran, outlined the need for the millage proposal in one of the first special meetings on Hamtramck’s budget situation. In his report on Mar. 2, 2021, he talked about two options for increasing the general fund balance in order to fund the MERS payments – cutting city staff, or increasing taxes.

“The shortfall we’re projecting, spread out over five or six years, is 15 mils,” Camiller said. “So you would have to convince the public to vote for [the millage proposal]. And I think it’s worth asking. In fact, I would put it on every ballot from here until they say yes, because this is the easiest way to fix your future.

Although the City Council has yet to make a decision on whether to include another millage proposal for future elections, something may need to be done to address a budget shortfall that’s projected to leave the city bankrupt within this decade.

“The problem will not go away on its own,” Angerer said. “It will have to be a part of a discussion with elected officials and the community.”