How Yemen returned to the discourse in Washington 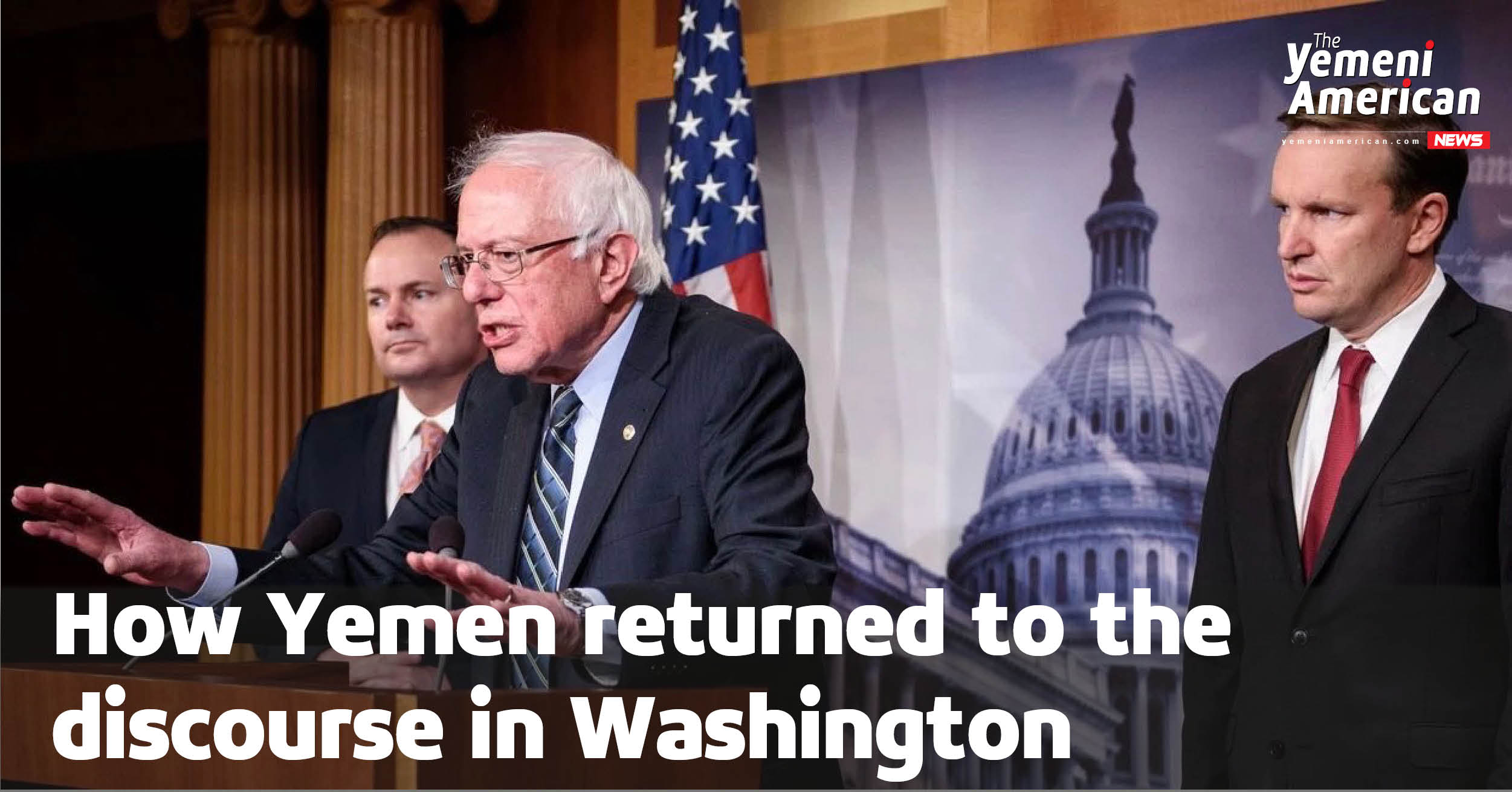 The Yemen war has returned to the mainstream political conversation in Washington.

Ending the war in the country had been one of the most discussed foreign policy topics of Washington for years.

Under the Trump administration, Democrats of various ideological shades – from left-wing progressives to conservative centrists – demanded an end to the United States’ involvement in the war.

But as Joe Biden became president, Yemen largely faded away from the collective debate in Washington although the conflict persisted.

Biden announced ending US support for the Saudi-led coalition and pledged to help end the war, but Washington’s weapons sales to Riyadh continued.

And while the White House appointed seasoned diplomat Timothy Lenderking as a special envoy to help find a peaceful settlement to the conflict, the warring sides were not able to extend a truce that expired in October, raising risks of renewed violence.

Against that backdrop, Senator Bernie Sanders – joined by other progressives – introduced a congressional measure to force an end to US support for the coalition, but he later withdrew the bill at the request of the White House.

The proposed legislation would have invoked the War Powers Resolution Act, which bars US military involvement in foreign conflicts without congressional authorization.

“Today, I withdrew from consideration by the US Senate my War Powers Resolution after the Biden administration agreed to continue working with my office on ending the war in Yemen,” Sanders said in a statement.

But the senator threatened to bring back the legislation if efforts towards ending the conflict do not materialize.

“Let me be clear. If we do not reach agreement, I will, along with my colleagues, bring this resolution back for a vote in the near future and do everything possible to end this horrific conflict,” Sanders said.

During the Trump days – especially after the murder of Jamal Khashoggi – Democrats directed their ire at Saudi Arabia, especially that the former president, their top domestic political foe, was vocal about his admiration of the kingdom and its crown prince Mohammed bin Salman.

On the debate stage in 2019, then-candidate Biden vowed to treat Saudi Arabia as a “pariah”.

But governing realities often clash with the fiery slogans of campaigning.

Weapons deals to Riyadh – sales not dissimilar to the ones approved by Trump – continued.

The extent of the Pentagon involvement in Yemen also remains unclear. Even Lenderking told Congress last year that he was not in the “information loop” about US military support for the coalition.

The US envoy has also largely taken the Saudi-led coalition’s side in his public remarks.

For example, this month he told lawmakers that the Houthi rebels’ “maximalist demands” were behind the failure to extend the truce in October.

“The last-minute Houthi demand that the Yemeni Government divert its limited oil export revenues to pay the salaries of active Houthi combatants – even as the Houthis refused to commit to a ceasefire – prevented the UN from securing a new truce agreement between the parties in October,” he said.

However, the Houthis say they are demanding that the central bank under the control of the UN-recognized, Saudi-backed government pay the salaries of all kinds of public sector employees, including teachers and medical professionals.

The withholding of salaries, along with the rise in cost of living, is making it impossible for average Yemenis to make ends meet, the Houthis say.

And while Lenderking said the Houthis backtracked on their commitments, the rebels say it was the coalition that did not live up to its end of the bargain, including allowing more civilian flights from the Sanaa airport.

Still, the Biden administration is touting its progress in Yemen. “We helped secure – and later extend – a truce in the Yemen conflict,” Secretary of State Antony Blinken said last week in a speech summing up the achievements of US diplomacy in 2022.

Back in the headlines

As Yemen was slowly becoming a forgotten issue in Washington, Sanders’ ill-fated resolution renewed the debate about the US role in the country. And it came at a time when there is plenty of anger against Saudi Arabia in Washington over its decision through OPEC+ to cut oil production.

The oil cuts were announced before the US midterm election and after Biden visited the kingdom and engaged in a much-publicized fist-bump with Crown Prince bin Salman.

Many Democratic lawmakers cited the Yemen war during the backlash against Saudi Arabia and OPEC+.

Sanders may not have had the votes to pass the resolution, but the bill managed to bring Yemen back to the headlines. It remains to be seen whether it will spur any change in the Biden administration’s Middle East policies.