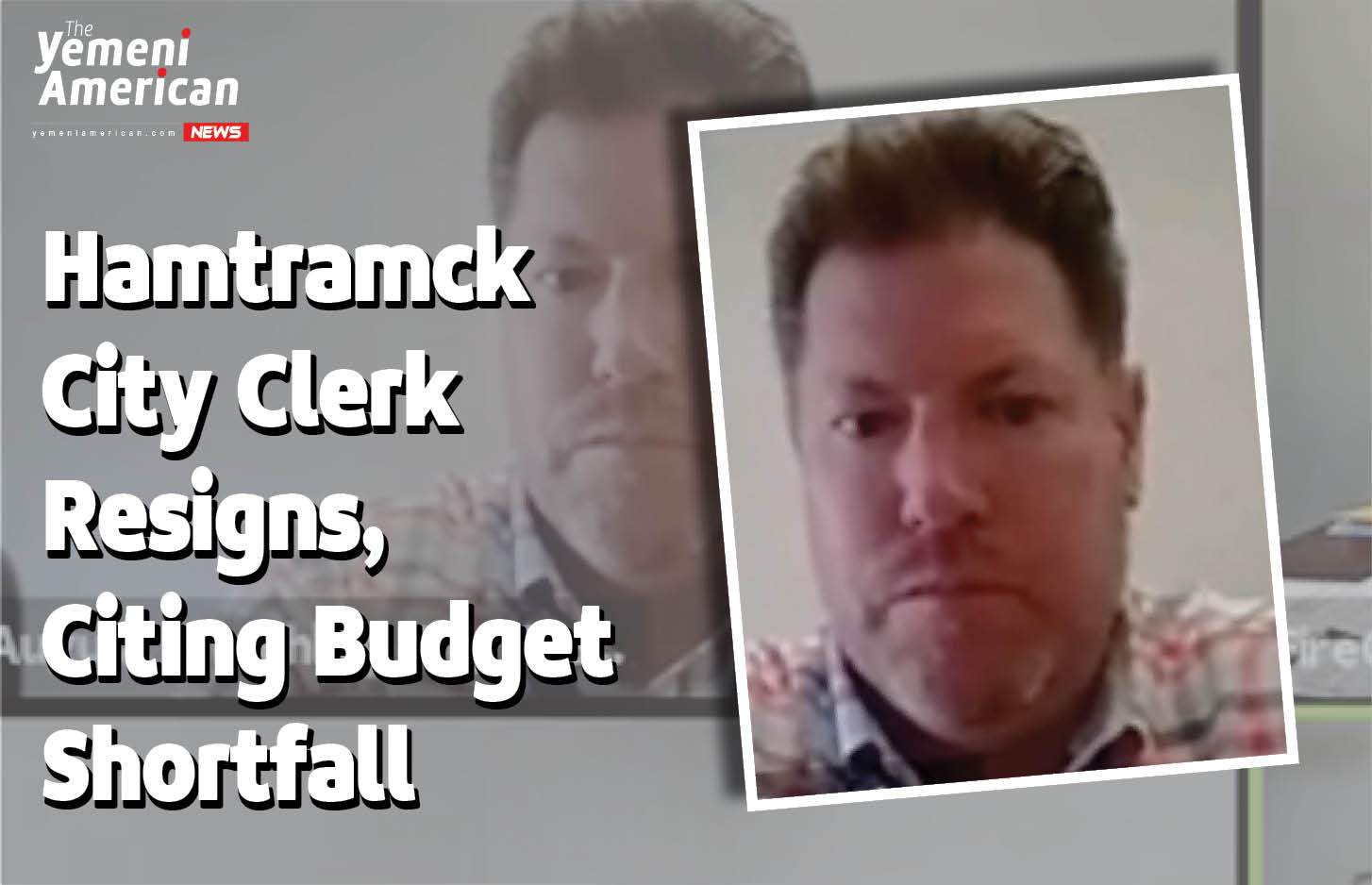 HAMTRAMCK, Mich. – After seven years as Hamtramck’s City Clerk, August Gitschlag is leaving for the City of Clawson, saying that Hamtramck’s budget shortfall was a factor in his decision.

“The only reason I even looked was because of the situation, having met with my City Manager, and looking at the future of the budget down here,” Gitschlag said during a public interview for the Clawson position.

The new Clawson City Clerk position would offer shorter hours, and two weeks of vacation time each year of the first five years. As of yesterday, the City of Clawson approved the employment package for Gitschlag to take over the role.

According to Gitschlag’s letter of resignation, he is officially preparing to leave the Hamtramck after May 21. The contract between Gitschlag and the City of Hamtramck says he needs to provide 30-day’s notice for when he leaves the Hamtramck City Clerk position.

As a result of the impending budget challenges that the City of Hamtramck is expecting, Gitschlag said that he needed to find a new avenue for public service. Even during the final interview for Clawson City Clerk, he told the panel of Clawson City Councilmembers that he wishes he could stay in Hamtramck.

“If it was up to me, I’d be here for 25 years and hope they’d name a library after me,” Gitschlag said. “But unfortunately, with the budget shortfalls that they see coming, and the lack of staff – I don’t want to work 16-hour days even during nonelection seasons.”

City Manager Kathy Angerer said that August “has been a valuable employee for the city and will be missed by residents, elected officials and all of his co-workers including me.”

However, Angerer says that the wages in Hamtramck make it difficult to retain qualified staff, something that can’t easily be fixed with the challenges the city is currently tackling.

Over this past year, Hamtramck City Council has worked through various options for easing the city’s budget strains. On Aug. 3, city voters will be considering a millage proposal for an increase in taxes. The tax increase would be used to fund the city’s debt obligations to the Municipal Employees Retirement System of Michigan.

The debt obligation is constitutionally mandated, meaning that it cannot be erased or simply ignored. City Councilmembers have said that the choice for voters is between raising their own taxes or a court-enforced tax increase.

“I know you voted before and [the bond proposal] failed,” said Councilman Fadel Al-Marsoumi. “But after being presented with the facts and with information, you see that this is vital and this is crucial. This isn’t a ploy or a strategy to increase your taxes because of bad spending. Instead, this is a protective action because if we do go to a judgement levy, ladies and gentlemen, it’s inevitable that our taxes will increase.”

Although the city is losing a public employee, Gitschlag says that he’ll still remain active in City culture. In his letter of resignation, he assured everyone that he’ll remain a fixture in Detroit City Football Club games, fowling tournaments and charity events.

“And of course, I will always look forward to being pelted with water balloons during the Hamtramck Labor Day Festival Canoe Races while dressed as a pirate,” Gitschlag wrote.