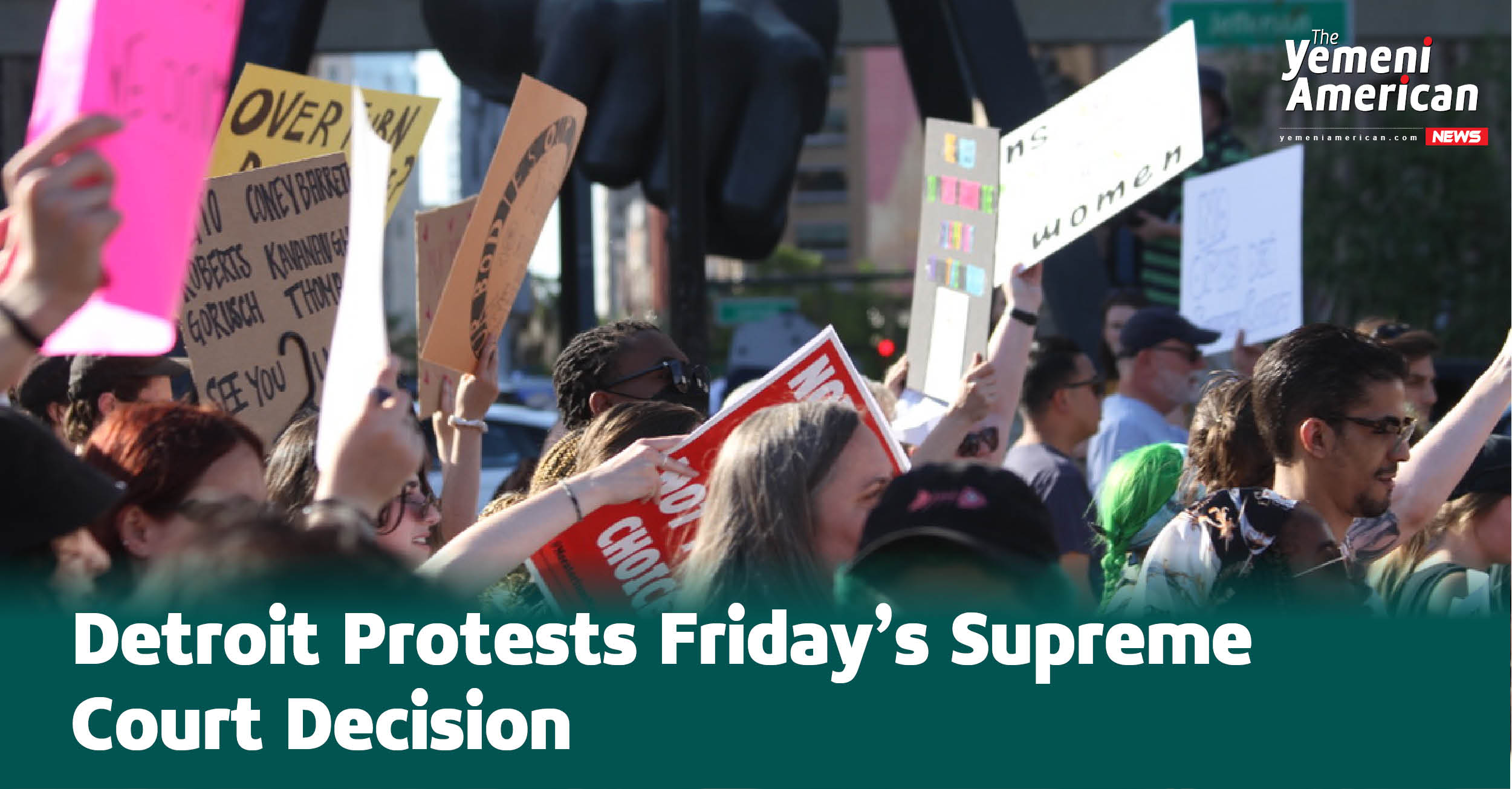 Washington D.C. – The Supreme Court has decided in a 6-3 decision to end federal abortion protections over this weekend. A draft of the majority opinion, written by Justice Samuel Alito, was first leaked in May, sparking outcry from pro-choice supporters and celebration from anti-abortion voices

In a brief that outlines the majority opinion, the US Supreme Court Holds: “The Constitution does not confer the right to abortion; Roe and Casey are overruled; and the authority to regulate abortion is returned to the people and their elected representatives.”

This means that states are now in charge of their own laws over when and how a woman would be able to get an abortion. Many states, like Michigan, have laws in place that prohibit the use of abortion as a medical procedure, but that could change. States like Mississippi are prepared to enact more restrictive laws that would make it virtually impossible for a woman to get an abortion, while states like New York have used the supreme court leak as an opportunity to expand access to reproductive healthcare.

A protest on the day of the Supreme Court’s ruling on Abortion access demanded for Michigan to become another state that expands reproductive healthcare access. With around 300 participants lining up near the sidewalks of the Theodore Levin Federal Courthouse in Downtown Detroit, the participants exchanged petitions that would put the question on the ballot in Michigan.

This petition comes under the assumption that more than 70% of the general population in the United States believes that access to abortion is an uninfringeable right. 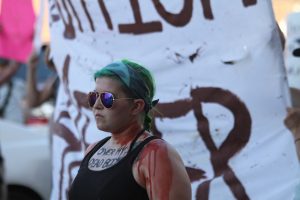 A demonstrator marches down Randolph Street in Downtown Detroit on the day of the Supreme Courts Decision to strike down Roe v. Wade. (Photo by Simon Albaugh)

“We must fight against the attempt to repress our very humanity,” said Diane Freely, a speaker at the rally before Friday’s march. “We must march; we must petition to overturn the 1931 abortion law that criminalizes abortion. And we must expand our reproductive freedom.”

Speakers at the rally came from a variety of inter-disciplinary social justice organizations, focusing on many marginalized groups in the United States. They all spoke out against the supreme court’s decision based on the lived experience of people with disabilities, incarcerated individuals, and racial minorities.

Ray Lenier, executive director of Michigan Liberation, spoke on the intersectionality of the supreme court decision. The decision’s implications and enforcement, she argued, are especially harmful for the the most vulnerable marginalized groups.

“The Roe decision hits on many levels,” said Ray Lenier, Executive Director for Michigan Liberation. “One as a woman, as a virtuous person. Secondly, as a black woman, we know that infant mortality rates for the black community with prenatal care or lack thereof offered to black women are virtually nonexistent. But also in my chosen role of criminal justice work. With the Supreme Court decision today, every birthing person is at risk for felony prosecution and incarceration and that shit ain’t right.”

On the other side of the debate are many conservative, often religious groups arguing that life begins at conception. Their opposition to the practice of abortion lies on moral grounds, calling the practice murder. The Detroit protest saw few counter-protesters from this line of thinking. 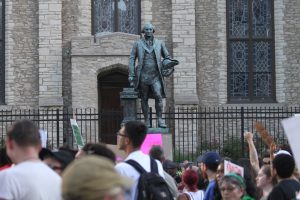 Demonstrators march past a statue of George Washington on Jefferson Avenue near Downtown Detroit. (Photo by Simon Albaugh)

A statement from a coalition of religious organizations including the Michigan Muslim Community Council and the Jewish Community Relations Council all spoke strongly against abortion, but said that the decision must ultimately be between a woman and her faith.

“With a matter as weighty as that of abortion, our communities ask that the government remove itself from involvement in these important religious issues,” reads the statement. “We view the decision to have an abortion, or not have an abortion, to be of significant religious import that is best left to the pregnant woman, her imam, rabbi or religious decider, her doctor, family, or other qualified people upon whom she relies for making decisions.

“We call for the state to not impose its authority upon religious matters, and to allow members of our respective communities to make proper religious decisions without government interference.”

While the decision to end a federal standard for abortion providers has been finalized in the supreme court, activists worry that this is a watershed moment for the removal of certain rights in the United States. Pointing to the text of the majority opinion itself, progressive voices say that this could be the beginning of the end for gay marriage and other recently won rights.