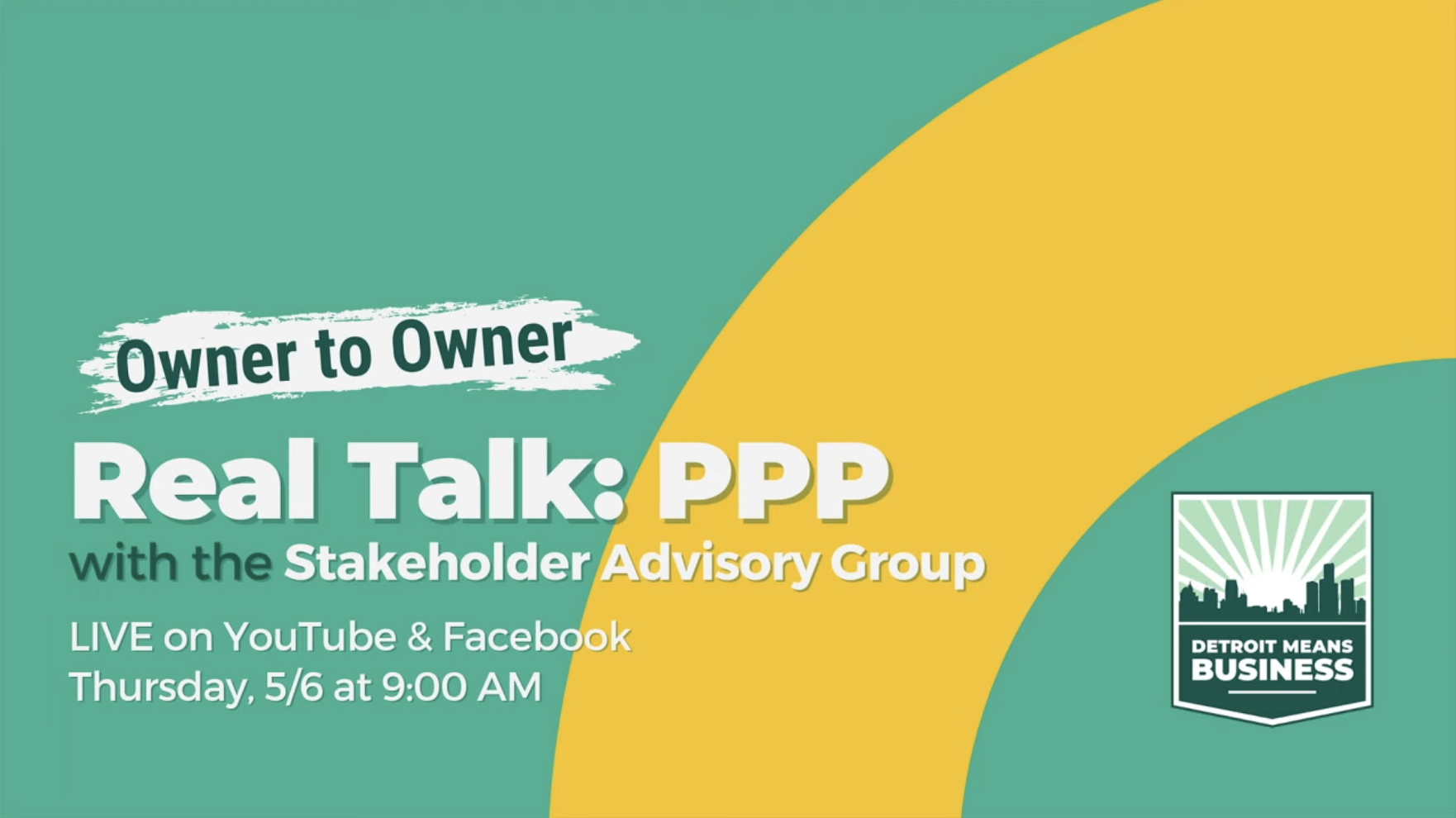 This morning, a presentation hosted by the City of Detroit, and various small businesses that were impacted by the COVID-19 shutdowns, hammered the point that there isn’t much time left to apply for the Paycheck Protection Program.

“Your amount that you’re approved is usually based off of two and a half times your monthly payroll. So if you show that you paid yourself $100, they’ll say ‘okay you paid $100 a month, you can multiply that by two and a half.’ And that’s what your PPP loan can be. You have 24 weeks after they grant you this money to spend it.”

The loan is forgivable, so long as it’s spent keeping up payroll expenses over the 24 weeks after the loan is granted. Even if a business is unable to spend the whole sum of the loan, the loan itself has a 1% interest rate.

Ping Ho, owner of three different restaurants and bars around the Detroit area, says that the process of forgiving the loan was fairly easy.

“The forgiveness was very seamless,” Ho said. “I was actually very surprised how seamless it was, especially for small PPP grants… the forgiveness piece was actually the simplest. All they really asked for was proof of seven payments that we made to payroll.”

Business owners who were part of the City of Detroit’s presentation talked about some of the legal intricacies of the program. Some of the most pressing questions that small business leaders had involved immigration and legal statuses and how they impact someone’s chances of being awarded a loan.

“The first round, you couldn’t have a felony conviction, and now you can as long as it’s not fraud related,” said Karla Walker Miller, owner of Walker Miller Energy. “You can have delinquencies on your student loans as well. And if you’re a non-citizen business owner, but you’re a lawful US Resident, you can still get PPP. Those are all things I’ve heard about why people weren’t applying. But they are not barriers.”

The deadline to apply is approaching fast, with many in the Detroit small business community saying that the money is quickly dwindling. For people finding it difficult to apply through the traditional methods, there are still opportunities to apply for the Paycheck Protection Program.

“For those of us who are listening, there aren’t a lot of traditional routes to actually apply at this point,” said Danielle North, of the Detroit Women’s Leadership Network. “And so I applied through the opportunity fund.”

Even though some people recognize May 17 as the deadline, one business leader recommends ignoring it and just beginning the process immediately.

“The reason we’re here is last week, there was $20 billion left of PPP,” said Walker Miller. “The last time I checked, I think there was $8 billion left. So number one, the money is going fast. Some banks have already closed their applications… So we’re saying if you’re going to do it, you have to do it now.”

Many in Detroit’s small business community are encouraging anyone to apply for the Paycheck Protection Program. Regardless of citizenship status or legal status, many small business owners may find that they’ll be granted a cushion. As Walker Miller says, there won’t be another opportunity like this one.

“I really, really want to make it clear to people who are holding out for a grant – this is actually better than a grant.”

Other resources for the grant can be found at mbaresponse.org/ppp and oppfund.org