Can Yemeni Schools Cope With the Ongoing War? Part 1 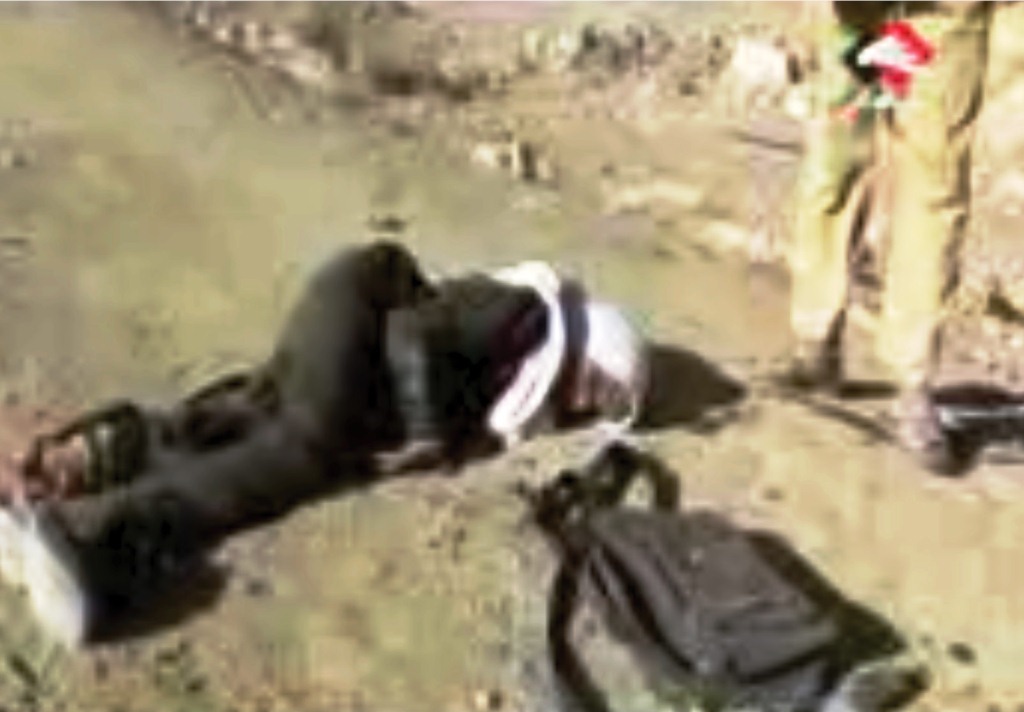 The normalcy of life always comes to a standstill at the first shot of any violent conflict, small or large. So it is not hard to see that in the current violence that has engulfed Yemen over the last two years, normalcy in life has become a historic remembrance to be recollected upon during a social gathering or for television talks.

The picture above really projects the tragic circumstances that have befallen Yemeni children as they try to develop their minds to become productive citizens and help raise the poorest country in the Arab World from its misfortune and deprivation to social sufficiency. The risk of being the victim of a merciless missile or a careless artillery shell, mortar or Katyusha rocket is inescapable to over 5 million children heading for school every morning or early afternoon depending on their school shift. It is a nightmare to their parents as they wonder, “Will our children make it home today?” Nevertheless, the children of Yemen are insistent that life must go on give what may! As one looks at the hundreds of children in the streets heading back home, one is unable to escape the joy of “making it home again!”.

For the children of the Republic of Yemen, one outside of the war theater that the entire country has come to be, as everyone and their cousin gets into the unreasonable and senseless battleground to decide Yemen’s political future, as if it really matters to all the participants in this hodgepodge of belligerents that aim to find a stake in a conflict in which really most involved have no rationale for justifying their direct or indirect participation, except for the satisfaction of the greed of their rulers or to harness the energy of a spongy military industrial complex that does not care for the welfare of the children of Yemen or even the children of their own citizens!

As one sees the long winding streams of children follow the winding contours of Sana’a’s hilly streets, one wonders is it really fair that all these children must be the most affected by the senseless decision of politicians to pull out their military hardware to etch out their financial, economic and financial stakes in a country that heretofore has lived out its own destiny as its simple down to earth God fearing people tried to eke out a sustainable livelihood that provided sustenance and a halfway decent livelihood for their children.

We leave the horrific outcomes of war to the mentally disoriented leaders of this halfway crazy world that humanity has come to be a part of it as humanity’s fate becomes decided upon by an international community ordained to leave the interests of most of the children of the world as the last things on their minds.

Back in Yemen, Yemeni – American went to visit two different schools in the Rawdha area of North Sana’a City to give YA readers some insight as to how this war has affected different children in Yemen with different economic and demographic orientations. Of course, no children will be free from the overwhelming fear that anyone could be another Shurouq at anytime as they hear the hovering of F15S warplanes hovering overhead over the 24 hours that span their days.
Some of the tragic statistics of this war as compiled by the Yemeni Legal Center for Rights and Development, especially regarding children and schools (note that all these figures are all documented and verified):

This school is located in one of the poorest sections of Sana’a. The student population comprises orphan children and children of internally displaced victims of this war, who hail from all the corners of Yemen, some of whom have lost their whole villages, homes and means of livelihood in their home villages or cities. In short, this school may be said to represent the worst affected by the war that has engulfed every region of Yemen.

The school is for all intents and purposes merely a place to keep the pupils out of the streets during school hours. The school information is summarized as follows:
Number of students (boys): 3,450 students
Number of classrooms: 30 for all levels of Basic from Year 1 to 9th Grade.
Number of Staff: Teaching (58) Administrative (7).
Most of the classes had no teachers, because they are unable to come to school as they live far away and the Hadi regime is withholding payment of all Government salaries ever since the Central Bank of Yemen was irrationally moved from Sana’a to Aden six months ago. Despite promises to the United Nations to pay all Government employees’ salaries to North and South, to this date except for one month salary transfer of some teachers in Sana’a City, no payments have been transferred and all Government employees are effectively without pay for six months. It is worth noting that the Central Bank before this move was paying salaries of all Government employees, even in the areas controlled by the Saudi led Coalition and exiled Hadi Government. 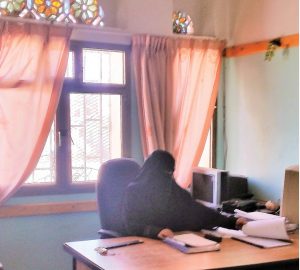 The Deputy Principal of the Al-Mutanabbi School, Ms. Asma Qasim Hussein Sharaf was interviewed:
What the official told us was almost unbelievable:
The teachers are all absent because they all mostly live outside the area and can’t afford the transport to come to school, which is far from their homes.
The students had no textbooks and receive almost none of the humanitarian assistance granted to many of the schools suffering from the war.

Was the school hit by any of the raids? We took a picture of the house next to the school that was targeted 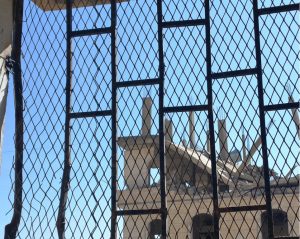 Picture of house targeted right next to the school, of which most of the damage to the school was repaired except for the windows and glass. Picture taken from broken window in school still awaiting repairs.

What is management doing to help alleviate the shortages? “We have done all we could, appealing to the Government and all philanthropic organizations to help us. But we have yet to be even heard let alone helped. Since most of the student population is from outside the area, poor and lacking any political clout, we have no choice but to keep the school operating under minimal means. We know we are not doing our job as we would like, but honestly what can we do if everyone else does not care.
We talked to some of the students:

What is it like to be in school these days?
“We have essentials for a proper education. When the exams come up, especially for the Intermediate Level, how will they answer the questions, when they were taught nothing! It is hard. The school administration tries to get us volunteer teachers, but we have a real problem of lacking qualified teachers, basic nutritional packages given to students in other schools, etc. We want to learn, but how?”
Next issue we cover another school with quiet a different situation.