Adel Mozip is the Big Winner of Dearborn’s Board of Ed. Election 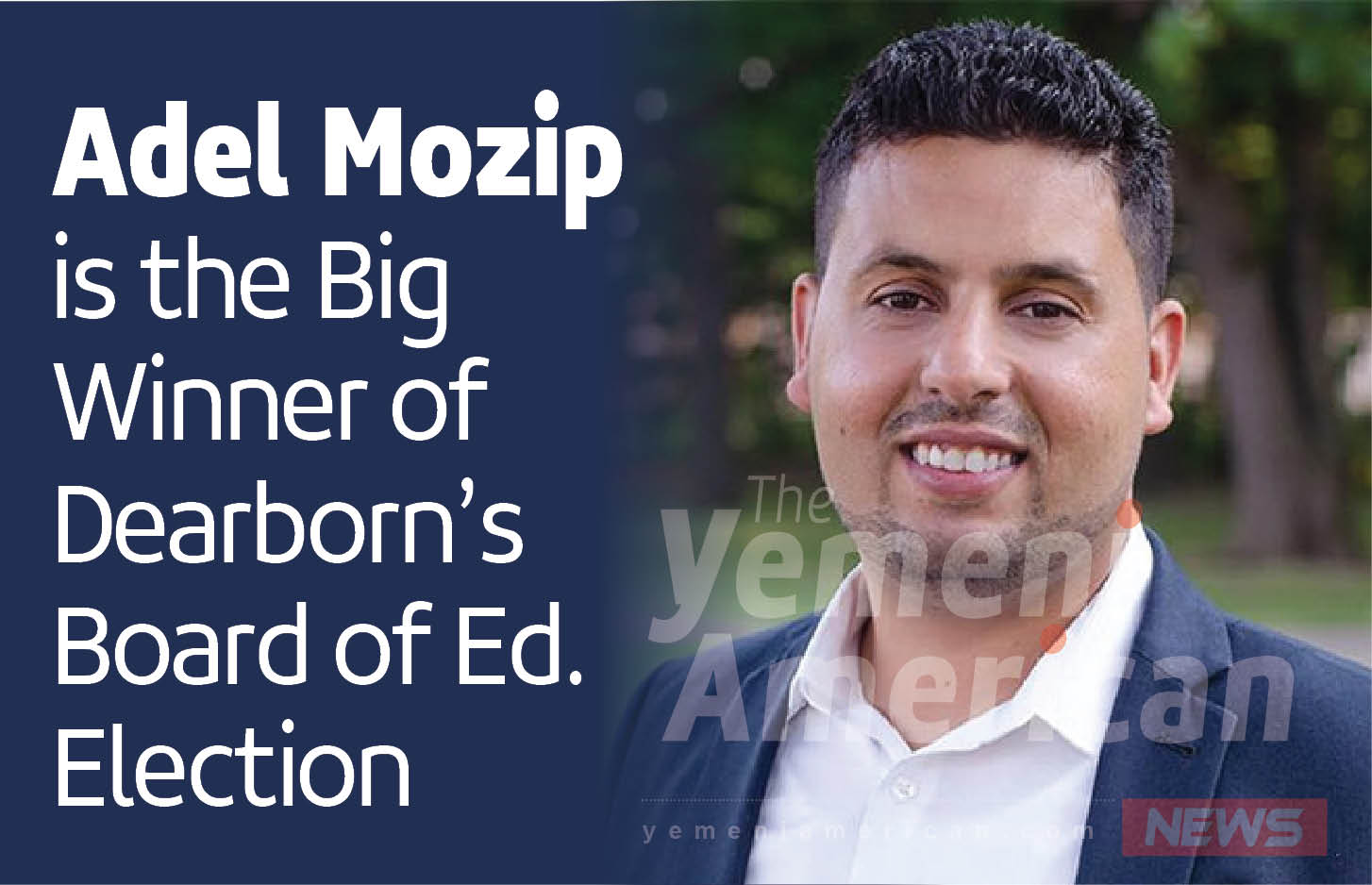 Dearborn, Mich. – This has been a long time coming, explains Adel Mozip, who gained the most votes of any candidate this year for Dearborn’s Board of Education. Since 2015, Mozip has been working his way into that Board. Over the years, failed campaigns and discouraging Board Appointments have kept him outside of an elected position in Dearborn.

In 2019, after going through his second failed campaign for the Board of Education, Mozip was appointed to the Board.

“It was when I interviewed again, for the third time,” Mozip said. “This time they though, ‘This guy keeps coming in.’ So four out of the six board members voted for me. And I was appointed in April of 2019 – a year and a half ago. That’s when I started doing the job that I wanted to do.”

This year, the vacant seat needed to be decided by a general election. Four Board of Education Positions needed to be decided by Dearborn Voters. Of those who ran for the six-year term, the elected candidates received: 12,301 for Mary Petlichkoff, 12,802 for Irene Watts and 14,392 for Adel Mozip. The candidate in fourth place for this election – Khodr Farhat – received 12,228 votes.

For the partial, two-year term, Patrick D’Ambrosio won the seat with 10,711 votes.

It was a tight race for each open seat. In the end, Mozip chalks the campaign up to name recognition. For non-white candidates, this makes a challenging campaign. Mozip says that Arab American Candidates need to do double the work to earn the name recognition that would convince voters.

“It’s very hard to break in as a non non white candidate in Dearborn,” Mozip says. “We really have to garner not only Arab American votes, you have to go on your way Americans, and you have to really break in, to be involved and to be recognized.

“Name recognition plays a role in every election. However, in Dearborn, it’s very important. We have to do pretty much double the work, or probably triple the work that a non-Arab American candidate would do.”

What did Mozip do for that name recognition? Since he was in high school at 13, he says he thought of ways to improve education for students of Dearborn. In his first year of ninth grade, he says he seriously struggled to relate with his classmates. He hadn’t fully grasped English yet, and so he would often communicate through a translator. His first few weeks were horrible, he says.

As soon as he grasped the language of his new country, Mozip ran headfirst into academic achievement. Along with his group of friends, Mozip established a Cultural Club that specialized in activism around the community.

Mozip was also selected to participate in the Dearborn Center for Math, Science and Technology – an STEM-oriented academic program that only accepts 60 students from each of Dearborn’s High Schools.

Even before he moved away from Yemen, Adel says he was “kind of a nerd, even since elementary school.”

“It was mostly computers that interested me,” Mozip said. “Like my dad, when he came in 2000, he got me a Macintosh Computer, and we tore it apart to see how it worked.”

As a Yemeni American, Mozip found himself in an ideal time for education-oriented members of his community. What’s now known as the American Association of Yemeni Students and Engineers began holding conferences in Dearborn.

As a member of the AAYSE organization, Mozip was able to partner with other members for his broader initiatives that would provide more educational opportunities for the students of Dearborn. This was when the idea to become involved with the Board of Education came to him.

“We started so many things in the high schools, but I realized every time we meet with administration, you know, decisions were being made at a higher level,” Mozip said. “So I started learning, about the school board, about what they do, about the decisions they make. Looking, even at the current school board, it doesn’t really reflect the student body. It’s a huge disconnect.

As the final election results came in, Adel Mozip became the first Yemeni American to be elected into public office in Dearborn. His term will continue throughout the next six years. More than 14,000 voters see a lot of good that could come from those six years.