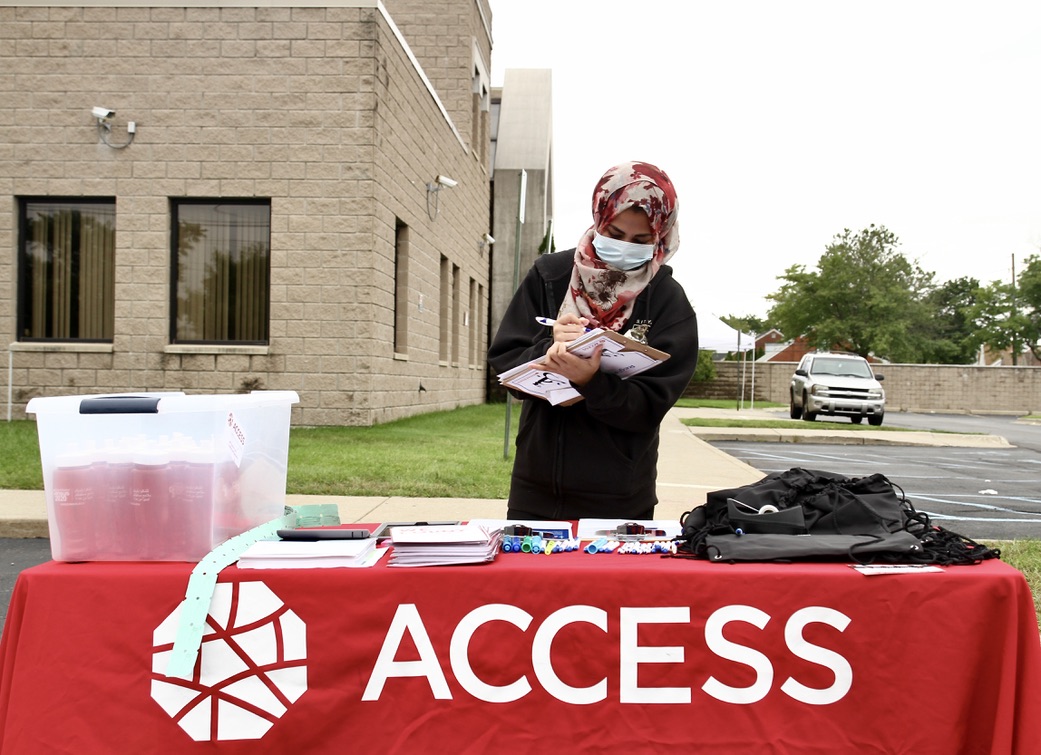 DEARBORN, Mich. – A Dearborn-based nonprofit has started a series of weekly civic engagement events that will provide voter registration, 2020 Census help and even a free meal. Known as Bites, Ballots and Be Counted, the regular event series will last until the end of November.

The program kicked off yesterday outside ACCESS’ Community Health and Research Center where people could drive through the grounds for each service. Volunteers were on staff who could go through the process of registering to vote and going through the census. Of course, food trucks weren’t too far as well.

“I think these services are as essential as any other service that [ACCESS] can provide,” said Rima Meroueh, Director of Advocacy and Policy at ACCESS. “If we’re providing people with food services, if we’re providing for health care services, being able to practice your right to vote and be counted is an essential role that we can play as Arab Americans.”

Both voting and the Census have been under intense focus due to efforts made by the Trump Administration. For many people working through the census, they are still grappling with how to remedy the damage done by Trump’s flirting with the idea of a citizenship question on the census last year.

The Citizenship Question was blocked by the United States Supreme Court in July of 2019, and there is no way for the Census is able to share information with other Government agencies. The only thing that is decided through the Census is funding allocation for cities and towns.

Voting itself is coming into question as the Trump Administration has been reorganizing the leadership of the USPS in a time when mail-in voting is expected to be at historic rates. Due to COVID-19 Social-Distancing guidelines, precincts in the August, 2020 primaries saw massive amounts of mail-in ballots.

“We want to make sure that there is enough information out there that people understand why it’s important for them to vote, that people have the tools they need to be able to change policies as they are made, as opposed to reacting to policies,” Meroueh said.

Since the first “Muslim Ban” enacted by President Trump, the focus for many has been getting him out of office. In order to mobilize that need, it’s important that as many people as possible vote on Nov. 3.

ACCESS is providing this service in order to provide an equitable political climate for Arab Americans to contribute to the larger decisions that govern everyone’s live.

“Michigan is home to one of the largest Arab American and Immigrant populations in the country,” said Isra Daraiseh, Advocacy and Community Engagement Manager for ACCESS. “And these populations are often overlooked in political and civic society both locally and nationally, yet the decisions made impact them greatly…

“We’re not just interested in getting the community counted or registered to vote, but rather the larger goal of sustaining mass engagement in the political process and harnessing our power to advance a just and equitable society with the full participation of Arab Americans.”