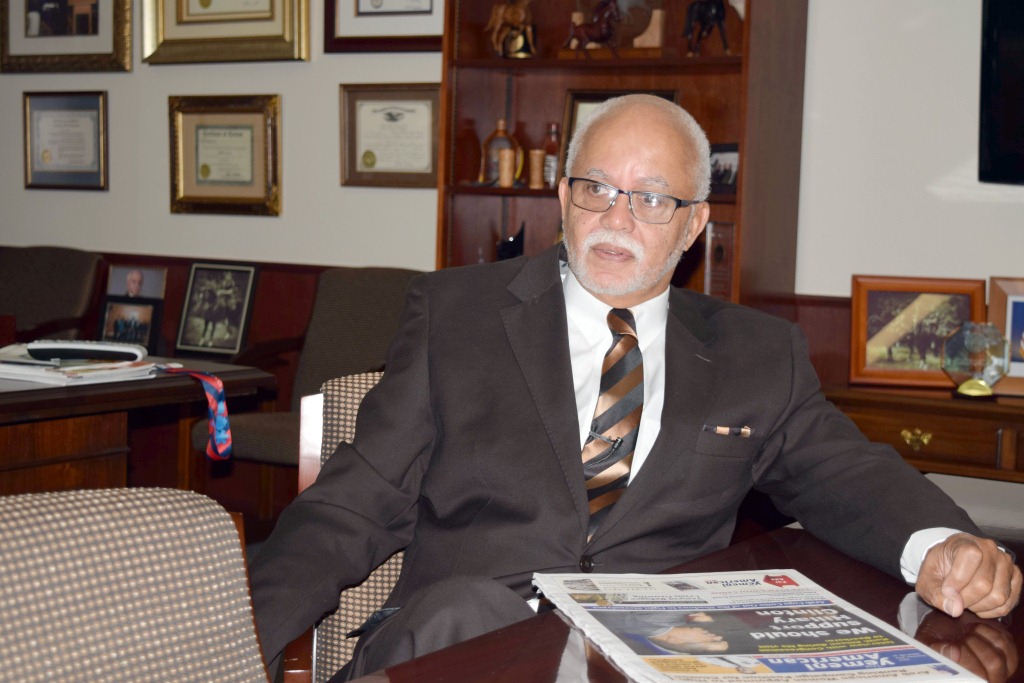 On Oct. 13th, 2016 the Yemeni American News sat down with Wayne County Executive Warren C. Evans. In office since January 1, 2015 Evans has had a stellar career in law enforcement working for the Wayne County Sheriff’s Department for over two decades. In 1991 Evans became the director of administration for the Wayne County Board of Commissioners and then created the Wayne County Department of Community Justice and served as its director from 1992 to 1997. In 2003 he was named Wayne County Sheriff and was elected to full terms in 2004 and 2008.  Evans announced in April 2014 that he was going to seek the Democratic nomination for Wayne County Executive. Evans won the Democratic primary by taking 46 percent of the vote. Evans then defeated Republican nominee John Dalton in the general election.

1- Citizens are concerned about the Wayne County jail situation in Detroit. Where do we stand on the project now?

We are continuing, and we have for a better part of a year now, working on completing the jail on the site that its currently on. And the main reason for that is that it is the least costly site for the Wayne County taxpayers who are going to have to pay for it. We are not particularly in love with whether it’s there or somewhere else the problem we are looking at is, how do we do it any cheaper? And as far as we can see, the cheapest place to get it done is right there on the existing site. So we are working on that process, we have a contract out now for a firm to come in and do a complete structural evaluation of that jail because it has been sitting there under the weather for three years and we don’t know if there’s been deterioration or what would need to be repaired. When that is finished our expectation is that in January we will put out a request for proposals for a firm to both design and build the remaining part of the jail.

2- Our community loves soccer, what is the status of professional soccer in the city of Detroit?

We love soccer and the Mayor loves soccer too but we are not convinced that it has to be on that site. I think that professional soccer will actually have a franchise in Detroit. We are number one on their list of cities to expand to. And if you talk to them privately they are not married to the jail site as the only opportunity for them, they want to come to Detroit. So if some miracle occurs and we get a better deal financially so that they can have the existing jail site I guess we would entertain that but I don’t see that happening but I do see soccer coming to Detroit. 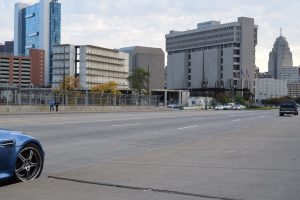 3- Do you think the potential buyer would pay enough for the site?

First of all they are not just trying to buy the jail site, they want to buy the Frank Murphy Hall of Justice, which is the criminal court building, and they want to buy the juvenile detention facility, which is the county’s building for delinquent youth and the jail site.  And they want to pay, best offer we’ve gotten on the table, is $50 million for all three. We already have $130 million for the site in the jail. I mean you do the math. And so what that creates for us if we were to sell it to them for any price you would have to build another criminal court building. We’d have to build another juvenile detention facility. Now the math here is not hard. I’m trying to finish a jail period, keep the court building, and keep the juvenile detention facility. Who is going to pay for it? It’s going to be Wayne County taxpayers. I don’t think that’s fair to the taxpayers that they would pay that much more.

4-  Why are there not more convenient payment offices for taxpayers in the county?

Taxes are collected by the Wayne County Treasurer who is a separate elected official, he runs his own office but he’s been working on just doing that so now for example we have kiosks in RiteAid stores where people can go in pay their taxes right in the local communities. We are trying to expand that so that people don’t have to keep coming downtown, finding parking, and it’s starting to work well. So let people know they can check with the RiteAid drugstores in the community and it is quite possible that that store will be able to accept their taxes.

5- How is your relationship with the Arab American community?

In order to be an effective leader you’ve got to have ties to all communities and I think you will see if you look through my administration many Arab Americans that have prominent positions in my administration. It’s not because they are Arab American it is because they are extremely competent and they bring a view to me of concerns in their community that I might not have known otherwise.  So to be an effective leader you have to kind of have to have the pulse of the entire county and hopefully my staff represents that, I think they do. There are many members of the Arab American community that have been on my staff since day one and we are always looking for talent. We have recruited in the Yemeni community, so far we haven’t gotten anybody on board yet but we’ve made the conscious effort to. When there are openings, because there are always openings in the county for jobs and we want to make sure that people in every community know that those jobs are available.  Recruiting is a big part of that because talent doesn’t have any particular color, gender or anything else. Talent is talent but we also want that talent to be representative of the county because I think you make better decisions when you have a group of people with diverse backgrounds, it just helps. 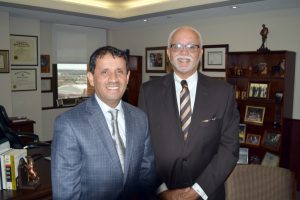 6- What have you established in your first 18 months on the job as Wayne County Executive and where are we going from here?

I think the main thing we’ve established is economic stability.  I don’t think anybody thought that we would have been able to in 18 months change the financial condition of this county as much as we have. We’ve gotten rid of an $82 million accumulated deficit, its gone. Our structural deficit that passed on from year to year of $52 million is gone. We have a balanced budget and in fact in the last fiscal year we have about a $32 million budget surplus. That’s to me amazing in that short a period of time. We will balance the budget this year. We have cut probably $800 million off of our liability in healthcare by restructuring it. We’ve done a bang up job. Now we are at the starting line, not the finish line, but the starting line, now we want to finish the jail project now we want to rehabilitate the court house because it needs some real work. We have two jails that for all intensive purposes are starting to fall apart. Jail’s not a big priority but boy if you are in there, you ought be treated humanely. Understand that we did those things while we were coming out of a financial hole. So in other words we took a situation where we were in dire financial straits and said, “Ok, we still need to provide services.” We need to even up our game on services. So how do we think better, how do we design better, how do we utilize our manpower better so that we can do two things provide more services and cut down on our debt? I got a really great team that’s done a really good job of doing that, so that’s what I’m proudest of.