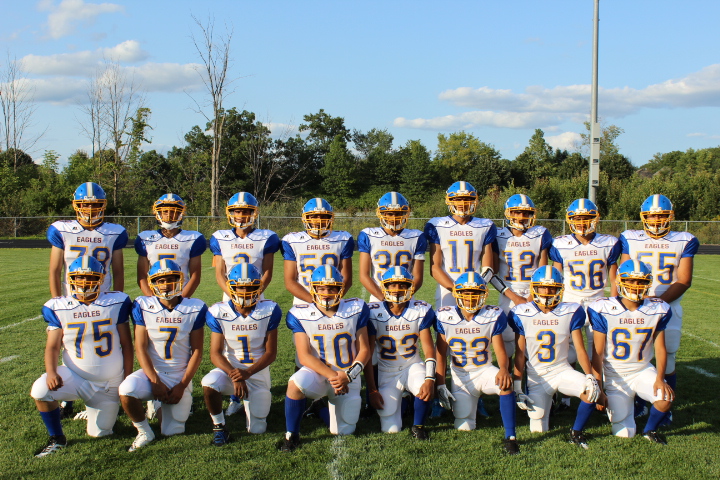 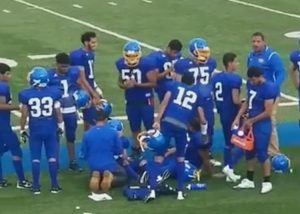 If you talk to the coach and players, you can almost feel the excitement in their voices. The excitement is ensuing from the fact that Universal Academy will now have a tackle football program beginning this year!

Yaser Hamdan, who is the Dean of Student Affairs and Athletic Director at Universal Academy, was the main magician behind this decision. But when we spoke to Mr. Hamdan, he humbly gave the credit to the students at the school.

“When I came in as the athletic director one of my goals was to increase athletic participation among the school,” Hamdan said. “A lot of the students enjoyed that; it boosted morale amongst students in the school and frankly staff in the building. We had the greatest turnout in a while, so some student athletes got together and were determined and dedicated to playing football for Universal Academy. Long story short it was our students that started this program.”

Hamdan also wanted to thank Superintendent and CEO of Universal Academy, Mrs. Nawal Hamadeh, for being so supportive of the program. Hamdan said, “Once the kids showed interest, it quickly grabbed Mrs. Hamadeh’s attention. So she asked me two questions: ‘1) is this what our students want? 2) will this benefit them inside the classroom?’ All it took was for me to answer yes to both questions and she quickly approved it with top of the line equipment, uniforms, and extra apparel to get us prepared to start the program.”

Hamdan understands that starting a football program is a great opportunity for the students and the community to come together and to be a part of something special.

As for expectations, Hamdan doesn’t want them to get way too out of hand early. This is just their first year as a program and he wants people to understand that.

Hamdan’s expectations for this fall is to, “get our student athletes as prepared as can be by teaching them the fundamentals of the game, the importance of sportsmanship, and develop into a successful team.”

Wins and losses is the least of Hamdan’s worries. The players aren’t worried about their final record either.

When we asked Coach Hamdan what was the reaction of the players once they found out they will have a football team, he said it was, “Pure excitement, enthusiasm and determination around the UA Community. And I say community because we have seen tremendous support from previous graduates, parents and community members around the area.”

One of the excited players on the team is senior Wael Saleh. He is the captain of the team and plays linebacker and tight end for Universal Academy.

He says, “I am excited to develop my skills in football and to get to make history by being apart of the first football team at Universal Academy.”

Saleh later added that he sees Universal Academy being a great football program beyond this year because, “students at our school always wanted football and now that we have it a lot of students are joining and are committed to the sport.”

Universal Academy does not have a home football field just yet. But Coach Hamdan believes that it is, “prudent that our student athletes get a chance to travel to different schools which have different backgrounds, different facilities which also helps them get their names out there which would ultimately lead to some recruiting help.”

Good luck to Coach Hamdan and the players at Universal Academy!