Three aspiring stars from Hamtramck on their way to soccer stardom 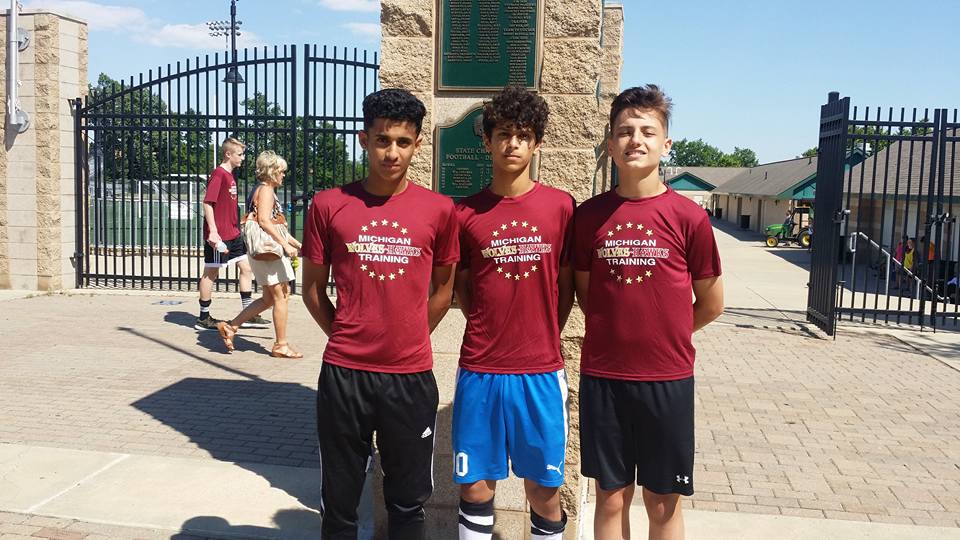 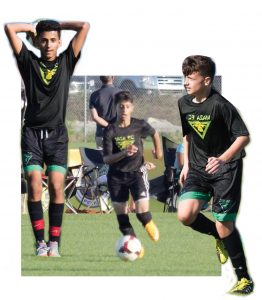 Soccer or (Fútbol) is the uncontested popular sport among the Arab American community and this comes as a result of the rooted culture of the migrant parents who brought the love of the beautiful game along to this country. Soccer is the World’s famous sport but it only started gaining traction in the States due to the overwhelming existing presence of other major sports (Baseball, American Football, Basketball, Hockey).

Despite the overwhelming love of Soccer among Arab Americans, the Major League Soccer (MLS) has only witnessed a few players from the Arab American community. However, there is a glimpse of hope for three aspiring young men to become professional players and join the League. These aspiring players live in a small city in the heart of Detroit called Hamtramck and you must remember the names because you will hear their names soon(hopefully) on a professional team squad. Their names are Wael Tawfik Aljahim, Alaa Nasser Aljahim and Mark Angelo. Their love for the beautiful game started a young age due to their families’ commitment to the sport and with their support, they were able to enroll in the Wolves-Hawks Soccer Club of Michigan Academy, a first step forward toward becoming a professional player and playing for major universities.

Tawfik Aljahim, Wael’s father, who is also a soccer veteran of Shaab Ibb, a professional Yemeni club team in the city of Ibb, says that his son started playing soccer when he was only six years old. Though he pushes him to improve every week in soccer, he also pushes him to do well academically first while chasing his dream to become a MLS player. He describes Wael as a quick player with powerful left-footed shots which differs from his older brother, Baleegh, who prefers dodging around and shots with his right foot.

Wael tells the Yemeni American News that his love for the game was influenced by his older brother who also is a talented player. Wael adds that his father’s support made him strive to improve over time which got him admitted to the Academy. Wael adds “I will try my best to reach the MLS and perhaps the American National team. My dream is to one day play for a European Soccer powerhouse.”

Another youth who was also recently admitted to the Academy is Alaa Aljahim, whose father is Nasser Aljahim, a well-known soccer coach in the Hamtramck community. N. Aljahim adds that his son began playing soccer at a young age and he performs very well in midfield. Alaa says to the Yemeni American News that his father’s involvement with the game made him love the beautiful game. N Aljahim was the coach for the renowned local team, Hamtramck Future Stars.

Alaa says “Through my parents’ support, I am glad I joined the Academy and I hope to one day become a star. I look up to soccer idols such as Lionel Messi for inspiration and I hope to begin my professional career in the MLS and then play for a European team.”

Mark Angelo, third player to join the Academy from Hamtramck, an Albanian American who was also inspired to become a soccer player by his father who was a professional player in Croatia. Mark shares Wael and Alaa’s dream in joining the MLS and play in Europe. Mark tells the Yemeni American News “I look for inspiration from my father and I thank him and my mother for always encouraging me to reach higher and higher standards. I also would like to thank my grandpa for his support, my coach Richard, and everyone who has supported along the way.”