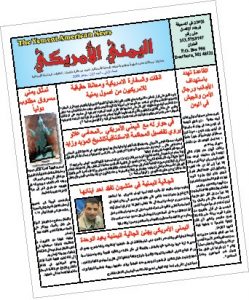 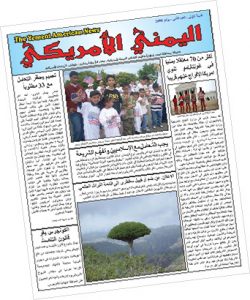 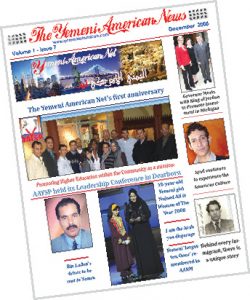 In November 2007, the Yemeni American News published its first issue. That paper was the birth of hope for many who believed in it as a true media project that carried the Yemeni-American identity. Others bet on its failure based on previous unsuccessful attempts by other media organizations who were not able to withstand the pressure and resorted to ceasing operations for a variety of reasons. However, the Yemeni American News passed the first test, and today it celebrates 8 years of publishing. Eight years have passed with hard fought efforts from its staff and modest support, the newspaper stays true to the main mission of its establishment; to present and advance our community through dynamic and objective journalism.

While the newspaper expands and grows, it distinguishes itself by being impartial and objective toward issues faced by our Arab American community or our home nations. We cannot, as a media organization, present ourselves – even on the smaller scale issues – as “guardians of the community” nor can we take part in the decision-making process of other institutions. We have never used nor will use this outlet as a pressuring card or a blackmail tool as other outlets have done to achieve their personal end means. Regardless of the hardships we face at the newspaper, we stay true to our pledge to present issues as they arise and inform our readers of current happenings locally and nationally. While sometimes it’s very difficult to cover sensitive issues, we have done so with objectivity making sure that we don’t contradict the values of our community.

We’re proud that we don’t get financial support from any interest groups and depend solely on the advertisements from local businesses. We believe that the newspaper is essential to the success of our small hard working community and we’re proud of the newspaper’s accomplishments as well as the overall gains our community has made in the last decade.

We cannot forget the people, organizations, and businesses who have supported the newspaper all these years. We thank those businesses who believed in us and continue to invest in our newspaper.