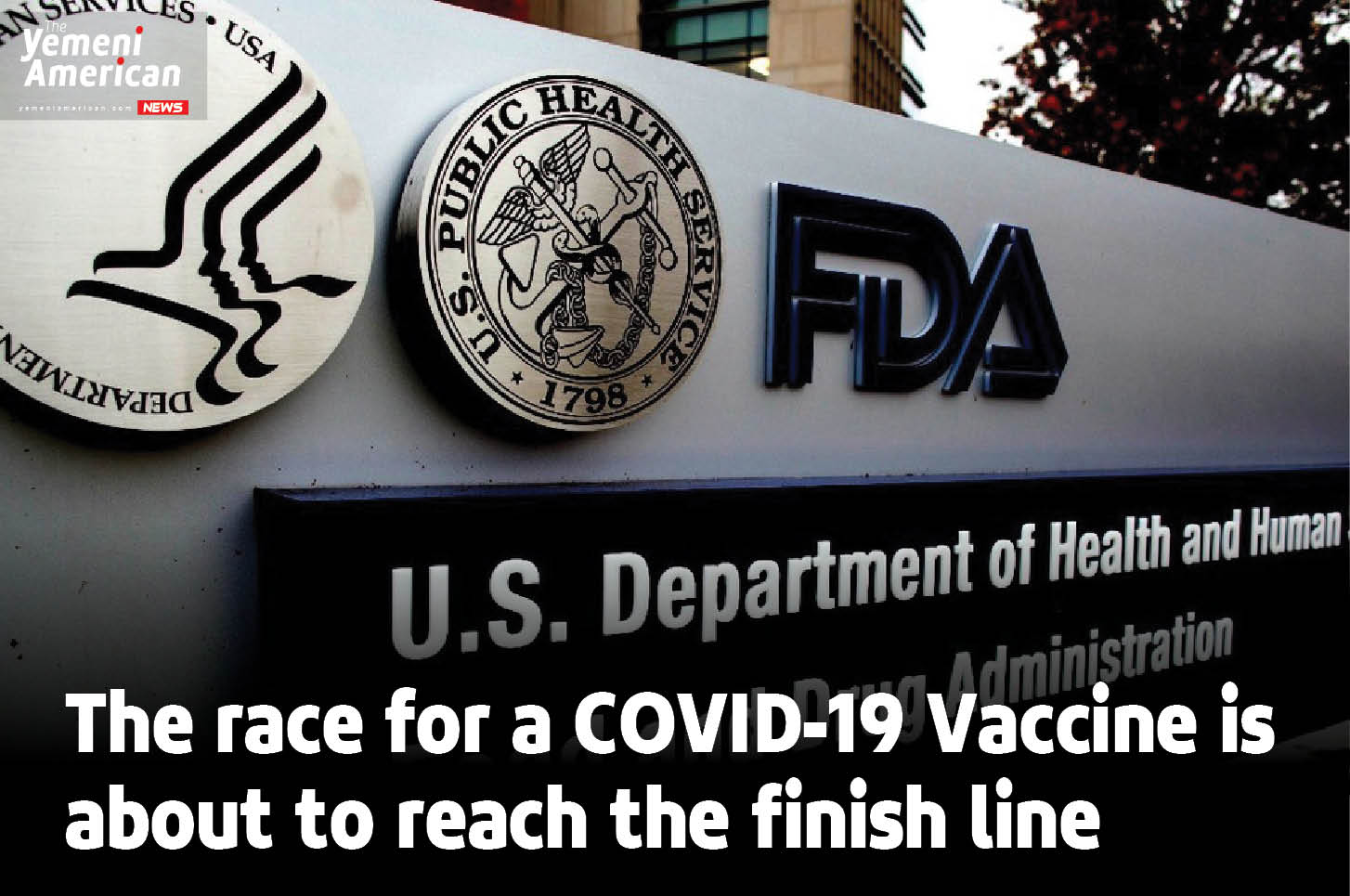 Washington D.C. – On Thursday, Dec. 10, the Food and Drug Administration will be holding an open session to discuss Emergency Use Authorization for the first COVID-19 Vaccine to reach the latest stages of clinical trials. Pharmaceutical manufacturers Pfizer and BioNTech, which coordinated on testing a COVID-19 Vaccine, will be the first in a line of promising vaccine candidates to pursue Emergency Use Authorization.

Despite early results calling the vaccine 90% effective, comprehensive analysis now shows that the Pfizer/BioNTech vaccine candidate is actually 95% effective in preventing COVID-19. Adverse reactions have occurred, with the most commonly reported side effect being pain at the injection site. More severe reactions that were reported included headache and fatigue.

The Pfizer/BioNTech Vaccine candidate was something known as a mRNA vaccine, or a messenger RNA vaccine. According to the Center for Disease Control (CDC), it works by taking a harmless protein molecule that is commonly found to be part of the COVID-19 virus and introducing it to the body’s immune system. The RNA, which is naturally found within the body, will create instructions for muscle cells to produce the harmless protein, before those instructions are broken down by the body.

The body’s natural response is to recognize the protein molecule as a foreign body, messaging the immune system to create a way for the body to break down the foreign protein. By breaking down the protein, the body creates an immune response, with instructions for that response that will stay within the body through antibodies, a cell found in the blood that binds to foreign pathogens that instruct the body’s immune system on how to break down the virus.

Last month, the Pfizer/BioNTech vaccine candidate finished the third and final stage of testing. The trial was conducted over 140 sites located in the United States, Canada, Europe, South America and South Africa.

How can we know the vaccine is safe?

The Pfizer-run study to discover the effectiveness of their COVID-19 vaccine was designed with three stages. The first stage was intended to be a process to find the most ideal candidate for a final vaccine. The second and third stages, which depended on 20,000 people to take the final two vaccine candidates.

In the study, Pfizer found that the most severe side effects tended to be headaches and fatigue. This is consistent with what many study participants have been saying in National media interviews.

In their final results, the Pfizer vaccine has reported that the vaccine was effective in preventing COVID-19 transmission in 95% of those who completed the two stages of their COVID-19 vaccine trial. This is a rate that is considered effective enough to be approved by the FDA.

How will the vaccine be distributed?

It’s a daunting task for any corporation to take a vaccine to the majority of the world’s population. Pfizer says its manufacturing capabilities have been optimized for massive demand of the vaccine, but largely will play a hands-off role in the process of manufacturing plant to patient.

“We believe the priority will be front line health care workers, essential workers, immunocompromised individuals, nursing homes and public safety officials,” said a statement prepared by Pfizer. “But ultimately it is the governments that will make this determination.”

Having already received approval for its vaccines in the United Kingdoms, a deal of 40 million doses is already being processed for delivery over the next few months. The vaccines will be received throughout the rest of the year and into 2021.

Here in Michigan, the storage for much of the Midwest will be located in Kalamazoo, where Pfizer is headquartered. An auxiliary supply for the Midwest will also hold doses of the vaccine in Puurs, Belgiem.

“We hope that by late spring the vaccine will be available for the general public. But what that means is that it will take some time before everyone will get that vaccine.”