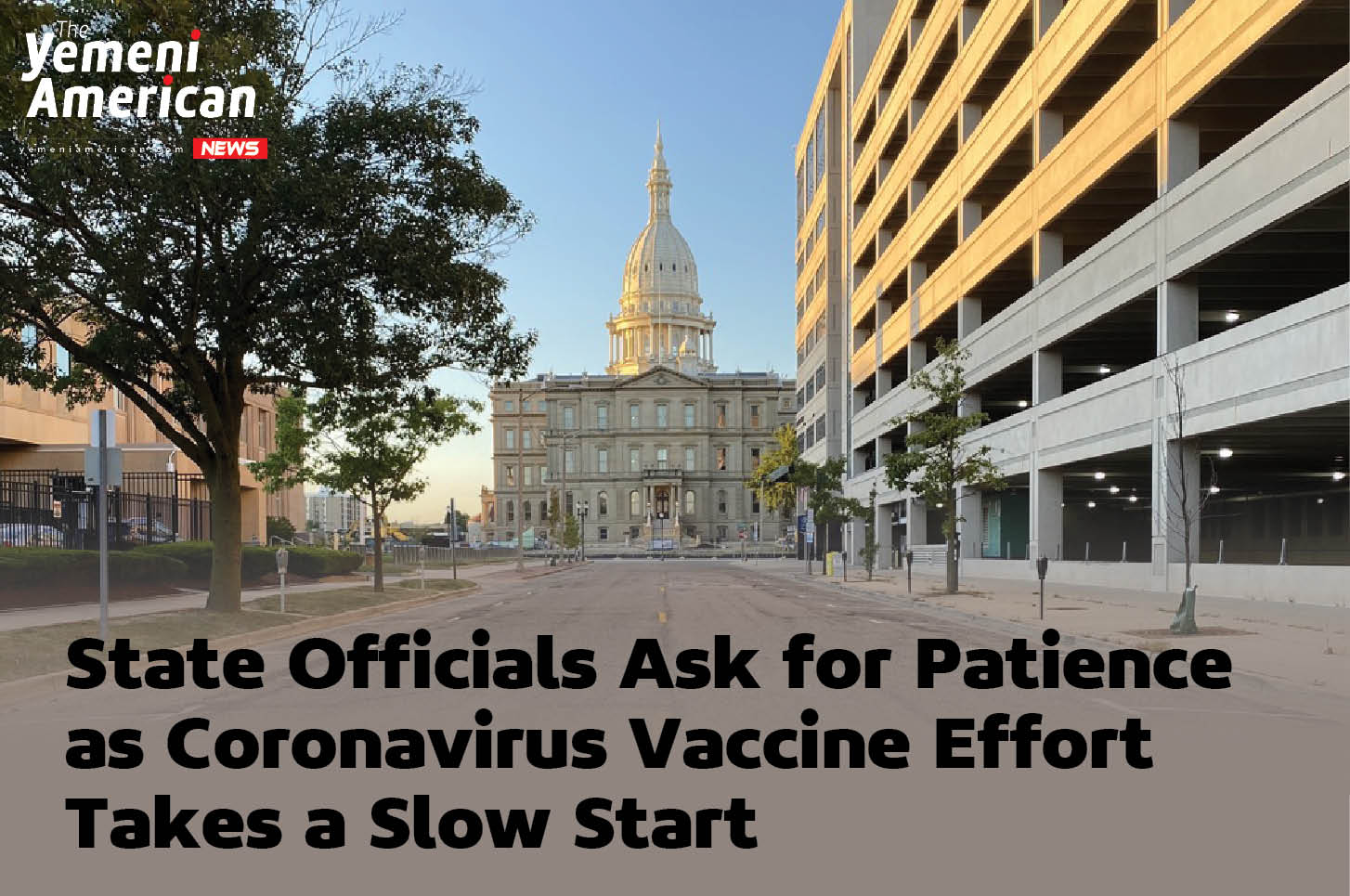 Lansing, Mich. – In yesterday’s Press Conference, Governor Gretchen Whitmer and other state officials fielded questions about the disparity between vaccines distributed and vaccines that are already in the arms of patients. That difference is wide, with more than 800,000 vaccines in clinics around the State of Michigan.

But when it comes to how many have been given the vaccine – manufactured mostly by Pfizer, with a small proportion given from Moderna – the number is much less impressive at just under 300,000 according to data available through michigan.gov as of Jan. 12.

“We took a different route, we wanted to do it orderly,” said Tricia Foster, Michigan’s Chief Operating Officer. “We wanted to have people sign up for appointments. Because of that, it’s not going to be instantaneous. It takes time.”

The vaccine effort took a slow start as supplies were more limited than initially expected. Part of yesterday’s press conference was spent explaining the disparity in promised vaccines and delivered ones. Initially, Foster explains, the State of Michigan was promised 300,000 doses each week by the federal government. This number was heavily reduced. In some states, they’re reported to have a reduction in vaccine shipments of up to 40%.

Gov. Whitmer recently sent a letter to the federal Department of Health and Human Services asking for permission to directly purchase 100,000 vaccines from Pfizer. With counties reporting an underwhelming initial shipment of vaccines, the demand around the state is high. 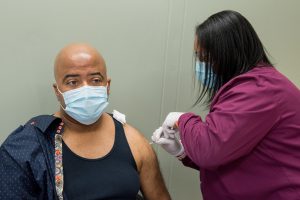 Why it takes so long to vaccinate an individual

In Detroit, Mayor Mike Duggan laid out the process for how the TCF Center would be activated for the coronavirus vaccine distribution. The process, he says should take patients “from beginning-to-end less than one hour.”

The reason it can take so long for each patient is because of the small risk of adverse effects. Patients who have allergic reactions to injectional medicines are assumed to be at higher risk for adverse effects, but research on these risk factors is not fully prepared yet.

As part of the CDC’s recommendation, the risk of severe reactions can be mitigated by holding a patient for 15 minutes in order to monitor their initial reaction to the vaccine. This necessary precaution, state officials say, slows down the process immensely.

Detroit recently activated the TCF Center to aid in administering the COVID-19 vaccine. According to Mayor Mike Duggan, this is not the only place where patients can get a vaccine, with places like Henry Ford Hospital having already administered 8,005 vaccines to healthcare workers as of Jan. 13.

Since the beginning of the second phase for vaccinations – the phase that includes older individuals and select essential workers – the state of Michigan has administered at least one dose to 289,964 patients. Gov. Whitmer has expressed the goal of having 70% of residents aged 16 and up to be vaccinated. This, officials say, takes time.

Statewide Data Shows that the winter rise in cases is still not over.

In the end of December, it became apparent that the recent spike in cases was beginning to subside. Although the data shows that Michigan is entering the end of the winter surge, the state is still not at the levels similar to the beginning of summer 2020. This puts the demand for a vaccine at a fairly high point for the state.

Henry Ford Health Hospital in Detroit announced in a press release that they have 800 scheduled appointments for the COVID-19 vaccine during the week of Jan. 11. As of Jan. 11, 1,218 healthcare providers have been enrolled in vaccine distribution, with more providers enlisting as the wide-scale effort moves forward.

As the pandemic moves forward, there’s a strong need for vaccines to be distributed as efficiently as possible. Hundreds of thousands risk homelessness as the pandemic decimated certain sectors of the country’s economy. As states move forward, the focus should not only be to administer the vaccine for the purpose of general health, but to open the country back to its livelihood.