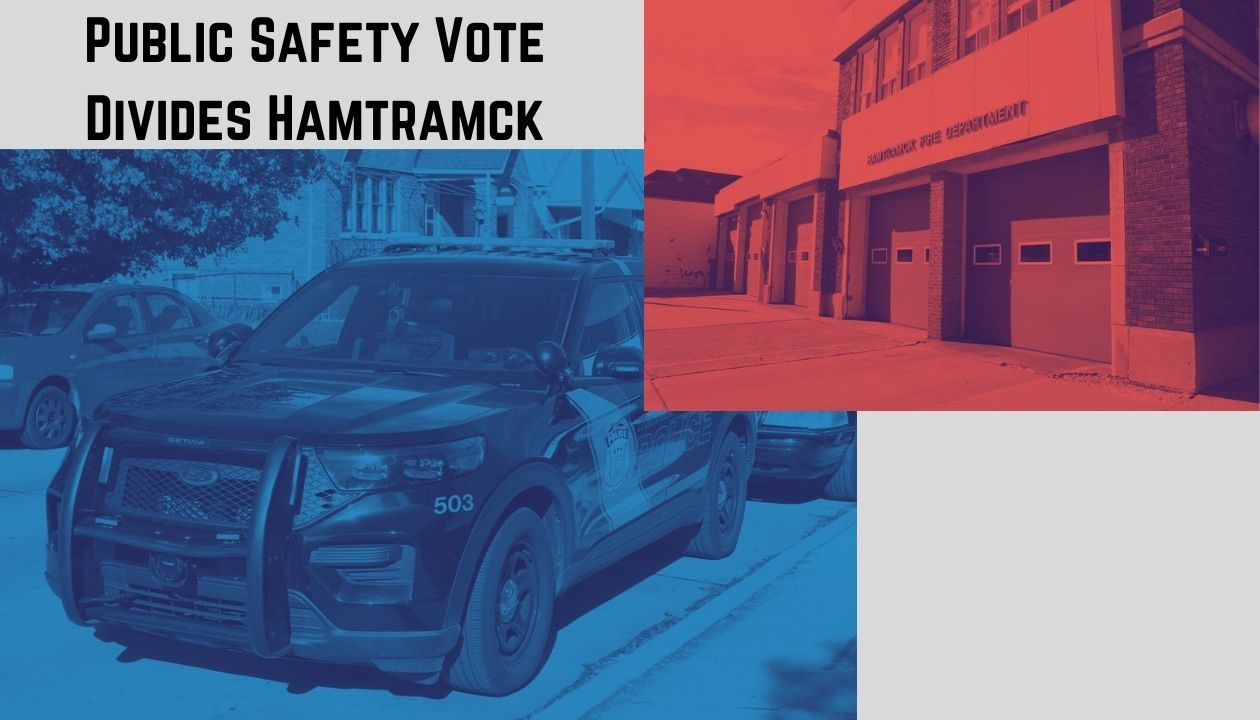 HAMTRAMCK, Mich. – Pick a side on the proposal to remove the city’s police and fire department from the charter – any side, and you’re bound to be met with resistance. It’s just Hamtramck politics, people say. But many residents think it’s more than that.

At the root of the small-town debate is a decision made back in July that puts the Police and Fire Departments’ fate in the hands of voters. In a 4-2 vote, the Hamtramck City Council approved voters being able to remove the section of the city’s charter that guarantees a police and fire department. The decision was approved by Councilmembers Hassan, Almarsoumi, Choudhury and Alsomiri. It was voted against by councilmembers Perrotta and Karpinski.

At the heart of the debate is the financial troubles of the city. Having been through state receivership, or emergency management, more than any other city in Michigan, the City Council is eager to avoid relinquishing control of its own government again.

Aside from members of the community dividing themselves on this issue, there are residents who are trying to assert that there’s more to this than just the tax savings, if there are any. Mostly, residents are concerned that there is no plan if the vote passes. Or none that the voters have been made aware of.

No Plan is the Plan

Scott Klein is a resident of Novi, Michigan. As a former Hamtramck City Councilmember, he says that politics has always been a toxic thing in Hamtramck.

“I’ve been in a fight with [the fire department] before,” he said. “I once had a firefighter chase me up to the third floor in a sprint, threatening me.”

Klein is one of the major organizers for a campaign to help the ballot proposal pass, called MIMAPs. He says that there are people he’s working for, but he refuses to say who they are. “I prefer not to reveal them,” Klein says.

According to Klein, the Fire Department costs have become too high for the city. Add that to the already high cost of retirement packages – a product of the now-defunct law that allowed firefighters to include overtime in their retirement salary – and the city is facing a burden.

Throughout the debate around this issue, many residents and city officials have criticized the leadership for not providing a clear roadmap for the future, if the vote approves this. Klein says that this is in order to allow this discourse to begin.

“What repealing the charter amendment, or the charter provisions does, is give the city the opportunity and the flexibility to start having a discussion about the direction that it should go,” Klein said. 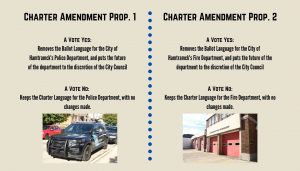 No Plan is Just Not Good Enough

“The council, we know the council doesn’t have resources to take on a role like this, or to do the research,” said Kamal Rahman, a Hamtramck City Resident.

Voting on this would not only give the City Council ultimate discretion to decide how to handle Public Safety – essentially what some have compared to writing a blank check to City Council – but it would also provide the opportunity for the City Council to radically change its relationships with the surrounding city’s public service agreements.

Carrie Beth Lasley works at the Wayne County Land Bank. As a former journalist, Lasley says that this City Council Decision made her question the motives of the City Council. In a long post to Facebook, she outlined an intimate financial relationship between various actors in City Government, namely Councilman Mohammed Hassan (who did not respond to requests for an interview) and a number of former contractors for the city.

In an interview with the Yemeni American News, Lasley describes the history of Mutual Aid Agreements with the City of Detroit, a partnership that Hamtramck depends on just as much as the surrounding communities in Detroit.

A mutual aid agreement is a mutual decision for police officers and firefighters to respond to calls in two different cities. Both cities agree to help in what becomes a porous border for the public officials to work in. According to Lasley, the City of Detroit does not continue mutual agreements with cities that don’t use the police and fire model of public safety.

“The fire relationship between us Highland Park and Detroit will not continue if we go to public safety,” Lasley said. “Detroit Fire Department has a long history of not engaging in mutual aid agreements with public safety departments.”

The vote for this issue, known as Charter Amendment Proposal 1 and 2, will take place on Nov. 3, along with the presidential vote and other issues. Voting yes would remove the Police and Fire Department Charter Language from the Ballot. Voting no would allow the Charter Language to remain.