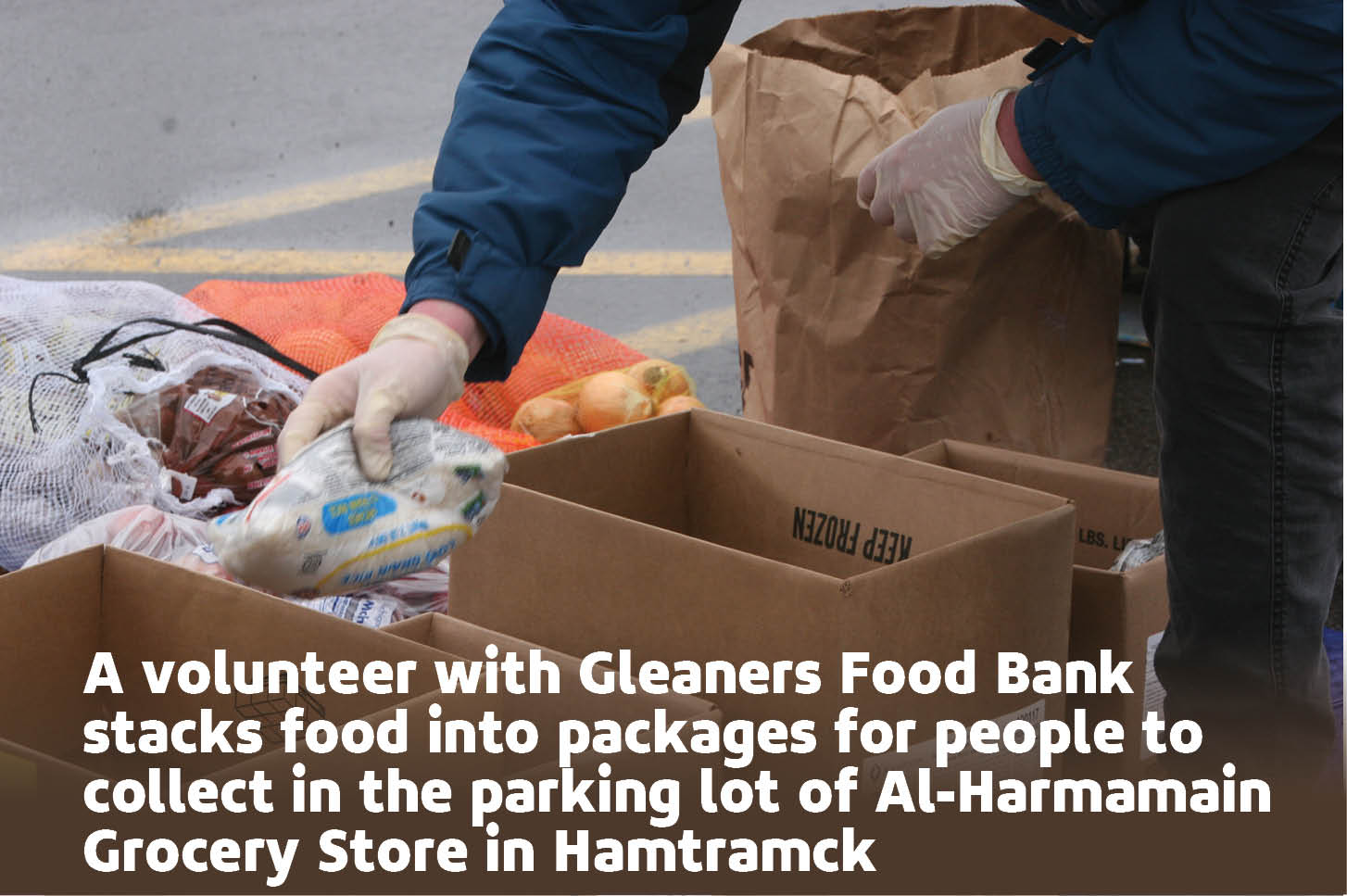 Adnan Gobah went online today to look at supplier information for the coveted N95 mask. Produced by work safety manufacturer 3M, among other companies, the mask has been proven to be the most effective for preventing the spread of airborne pathogens. Supplies were low, with a warehouse in Georgia waiting for an order of 492 masks to arrive, one in West Virginia waiting for 332, and one in Missouri waiting for 396.

That’s 396 3M-brand masks going across the entire Midwest, Adnan explains. He says he already tried to go directly to the manufacturer. “They can’t sell to us,” he said. “They can only sell to hospitals at the moment.”

Make no mistake, Adnan and his cousin Bassam aren’t trying to sell the masks. In a time when Governor Gretchen Whitmer issued a task force specifically working against price gouging of health and safety products, this may be a rarity.

Adnan Gobah is the owner of Hamtramck Hardware. Around Detroit, he owns three other stores in other neighborhoods. As of right now, Hamtramck Hardware is an essential employer. Meaning that he’s going to remain in business for the foreseeable future.

At the time when most of the panic-buying began, confirmed cases were few and far between. Still, that didn’t stop Adnan from pulling his entire stock of 250 face masks from the shelves. 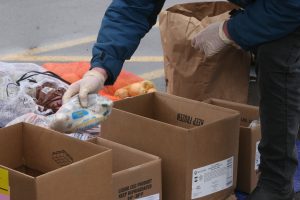 A volunteer with Gleaners Food Bank stacks food into packages for people to collect in the parking lot of Al-Harmamain Grocery Store in Hamtramck.

“See, if we sold the face masks, we could’ve made a lot of money,” Adnan said. “But another way of thinking about it is, why don’t we help the people who are sick? The people who have health problems, cancer, diseases?”

Hamtramck Hardware started a sort of Facebook campaign to begin looking for the people who needed those masks. “I said ‘give us a call, come to any of our stores,’” Adnan said.

“Because if they already have a weak immune system,” his cousin Bassam added, “We figured the N95 would help prevent them from catching the virus.”

Hamtramck is a city of people who will be hit hard by the Coronavirus outbreak. Predominately working-class and immigrant, Hamtramck is also never short on a community that looks out for each other.

Hamtramck Hardware has been producing care packages. Along with the remaining face masks, they’re stocking the packages with soap, sanitizers, gloves and a case of water.

Others have been trying to solve this as well. The recently opened Banquet Hall, Nina’s Place, recently organized a collective meal for people in the city. Krystle Sims, the event manager for the Banquet Hall, coordinated with restaurants around Hamtramck to make around 100 meals for children in the community.

“There’s a lot of kids out here that only get to eat that one meal for lunch,” Sims said. “You know, that’s really where it came from. I know a lot of kids only eat at lunchtime at school. So we wanted to provide lunch for the kids.”

Sims said that they gave away 90 meals to people passing by in their cars. “Most of the people that we gave meals away to were parents that were driving up in their car,” Sims said.

There’s a sort of belief that goes into these acts. Whether it’s a belief in God, a belief in the power of community, or a belief in the validity of the suffering of others, these are calculated decisions. And the community may depend on them.

Adnan talked about this. He does hold the belief that if one helps others, then God will help that person. But the nuance continued a little further.

Yesterday in the parking lot of the Al-Harmaine Grocery Store on Joseph Campau Street, Gleaners Food Bank set up a distribution center for people to get food and supplies. The line of cars snaked all the way over to the far corners of the parking lot. 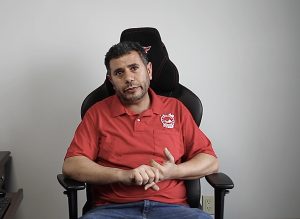 The organizers had to turn a lot of people away. Since there were so many in the community that needed basic necessities, the group seemed underprepared for the monumental task that they’d set out to do. But in helping an entire city, there is no way to do it all.

Gleaners Food Bank didn’t do it on their own. On Conant Street, sharing the same building as a gas station, Friendship House’s executive director did the leg work for Gleaners to set up the distribution.

“Hopefully they can see the need is huge here in Hamtramck,” said Detroit Friendship House Executive Director Cathy Maher. “50.9% of the residents have income below poverty.”

The city will struggle through the coming crisis. But it’s the community members coming forth that prove that people will always look out for each other in Hamtramck, Michigan.