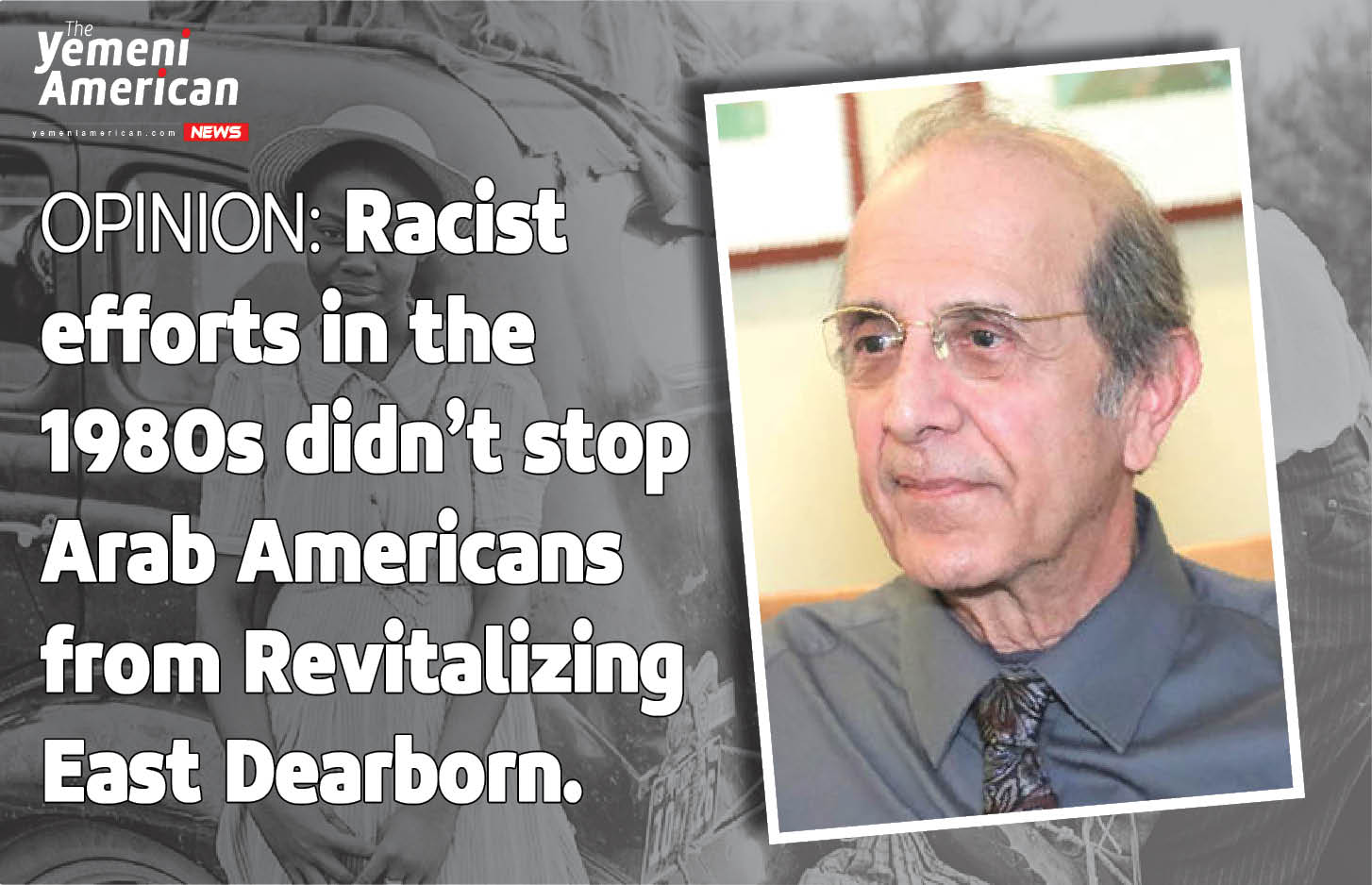 1980 – 2020: In a period of two generations what has changed the status of Arab Americans in Dearborn from the 1980s to what exists today?

What faced the Arab American community in the 1980s is a catalog of events and issues that indelibly marked our community.

In housing, Realtor Harrison Moore engaged in the practice of “Red Lining” that targeted the Arab American community. houses on the market west of the Southfield Freeway were off limits to prospective Arab American home buyers. The practice was documented by activists in our community and became the basis for Federal Government Intervention. Harrison Moore was fined and placed under close government scrutiny, resulting in the realtor having to close its doors.

During a commencement exercise at Fordson High School in the 1980s, the school board invited Iman Chirri to speak to the graduating students. Soon after, an elderly couple filed a grievance about Iman’s appearance, which in turn passed a city resolution condemning Iman Chirri, and his use of the Arabic Language during the commencement, thereby overstepping the School Board’s invitation.

In response to this action, the Arab-American voter registration and education committee challenged the resolution by Dearborn City Council, asking the city to pass a resolution condemning bigotry and intolerance in all its forms. The resolution was passed in response to community pressure.

In preparation for the 1985 mayorial race in Dearborn, candidate Mike Guido distributed a survey in March of that year called “Talking Problem.” This pre- “Arab Problem” brochure, also by Guido, listed the following:

In July 1985, a second survey was distributed by Guido’s campaign, and that survey listed local concerns as follows:

The Guido campaign distributed a brochure entitled “Arab Problem” early in August 1985 and then later in August, a subsequent survey was distributed listing residents concerns as:

Political strategists contend a negative rating of 26% against an issue or individual makes a winning proposition.

The race baiting on the back of Arab Americans, perpetrated by the surveys and “Arab Problem” campaign propaganda was instrumental in delivering Guido’s mayoral win in 1985. By election time, the Arab American community had a negative rating in Dearborn.

As a backdrop to this deplorable atmosphere, two underlying stories of urban decay existed in Dearborn: The Warren Avenue commercial area was a barren one, full of empty storefronts and little human activity. And then the Tireman Avenue residential area, which borders Detroit – the area that experienced years of “white flight” and subsequent vacancies. Both were in the area known as East Dearborn.

Beginning in the late 1980s, Arab American merchants assumed the bold initiative of developing the area of Warren Avenue. This initiative led to the vibrant hub of human activity that the area is known for to this day. The revitalizing of the Warren commercial district led to Arab-American families moving into East Dearborn, buying up the empty homes found near warren Ave and along the Dearborn/Detroit Tireman Corridor. This stabilized the area.

What is the significance of these two developments in East Dearborn? Financial advisors attest to the fact that the revival of these two areas played an important role in increasing home property values throughout the city – meaning everyone in Dearborn and vicinity benefited from this Arab American contribution.

How does the status of the Arab American community in Dearborn during the turbulent 1980s compare with its presence today? From our merchant class professionals evolved University graduates who filled the ranks of varied professionals fields; medicine, business entrepreneurs, the law and government. One of the most notable areas of impact is in the area of government. Arab-Americans can now be found in government at all levels, municipal, County, State and Federal. Positions that give voice to a community that was nowhere to be found in earlier years.

There is a point of concern that covers the entire span from 1980s to the present, and that is a point of balance and an equal voice at a grassroots level.

Recently Detroit passed legislation that adopted a ward system of the city’s districts. Prior to this change, the Detroit City council was made of people who lived in small pockets of the city, leaving the concerns of the vast areas of the city not represented.

To understand the basis of that concern in Dearborn, one has but to view the resident status of elected officials for city council and the school board. There is a clear absence of any representation from the Southend of Dearborn, which has a majority population of Arab Americans.

The progress of the Arab American community stands out pre-2020 with other important issues in Dearborn’s development. The reality of which enriches the city culturally throughout the city.