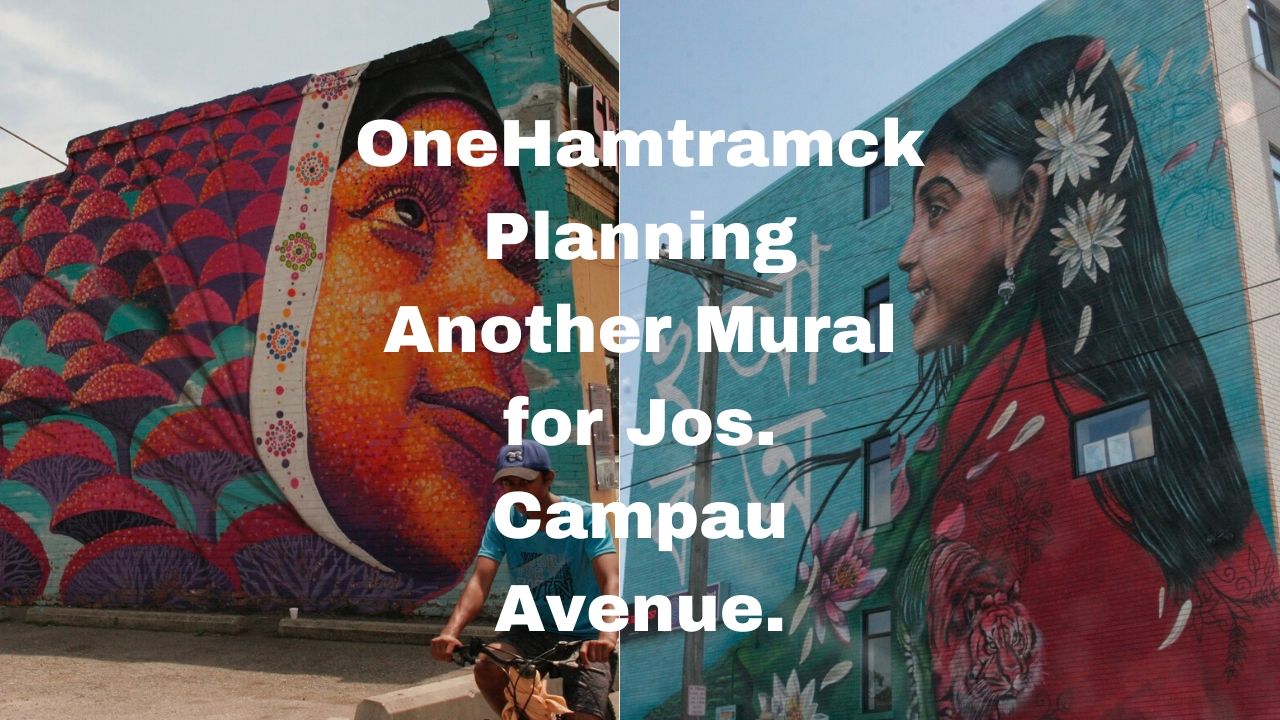 Hamtramck, Mich. – The group that brought the Yemen Mural and the Banglatown Mural has something new planned for the city of Hamtramck. Proposed to commemorate the city’s resilience during the COVID-19 pandemic, artist Nicole MacDonald is preparing to create a new mural to sit in the windows of the former Shopper’s World building on Jos. Campau Street.

The organization behind the new mural, and many of the other projects in Hamtramck, is OneHamtramck, a nongovernmental organization headquartered within the city. Their stated focus is “building understanding and improving communications among different cultures, and finding common ground among the many religions, ethnicities and perspectives within the city of Hamtramck.”

Led by Bill Meyer as its executive director, the group has been working in Hamtramck since 2011, when its first community multimedia concert garnered funding through the Kresge Foundation.

The mural is intended to commemorate the work done during the COVID-19 Pandemic, when many members of the Hamtramck community worked on the frontlines of the region’s response to the pandemic. 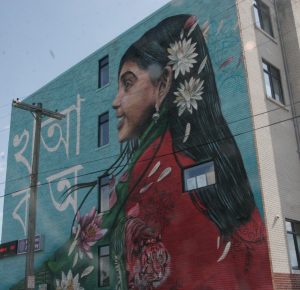 The Banglatown Mural, near the border of Detroit and Hamtramck, was partially produced through the work of OneHamtramck.

“[The components of the mural] are all centered around the theme of a window, looking in and out” said OneHamtramck Project Director Kit Parks. “And just how that reflects on this time of isolation and separation. Really, how we’ve maintained, and even strengthened our community through this time of isolation.”

Parks hopes that this will allow people to be represented within their community, while allowing that representation to be a complex reflection of the hardship that communities like Hamtramck experienced during the height of the COVID-19 Pandemic.

“We’re really hoping with this mural, that there’s going to be a visual representation of what we’ve all been experiencing,” Parks said. “And that this piece will provide some solace and reflection on what has been happening.”

The mural will be produced by Nicole MacDonald, a Detroit-based muralist whose work can be found all over the city. In the Woodbridge neighborhood of Detroit, the work of MacDonald can be seen along Trumbull Avenue, where the muralist has enlivened spaces like a Buddhist Temple, and even brought to life the images of some of the city’s most accomplished poets, writers and publishers.

“The way the project got started for me was that I was working on a project that was based on stencils,” MacDonald said. “And it was very much a sort of theme on isolation and looking inward and contemplation and revelations that can come from this time of hardship.”

The original idea for the project was to have it produced on a stretch of the city’s sidewalks. The final product will be on storefront windows in order to highlight the theme of isolation through the imagery.

The primary focus of the mural will be on the community where the mural is set. With Hamtramck’s diverse set of populations, there’s a set of challenges that are often not experienced in other American communities.

“The idea of cultures from around the world, the heavy concentration of people from different places living in Hamtramck, it makes sense to me to focus on that just as heavily as isolation,” MacDonald said.

The mural is scheduled to be installed in the middle of June of this year. According to a press release published by OneHamtramck, the mural will be on view to the public 24/7, with street lighting for the mural at night. The mural will also show text in English, Arabic and Bangla in order to highlight the city of Hamtramck’s largest communities.

At this point in the process, OneHamtramck is still seeking donations for the production of the mural. It’s estimated that the project will cost around $1,700 to cover the 17-window storefront.