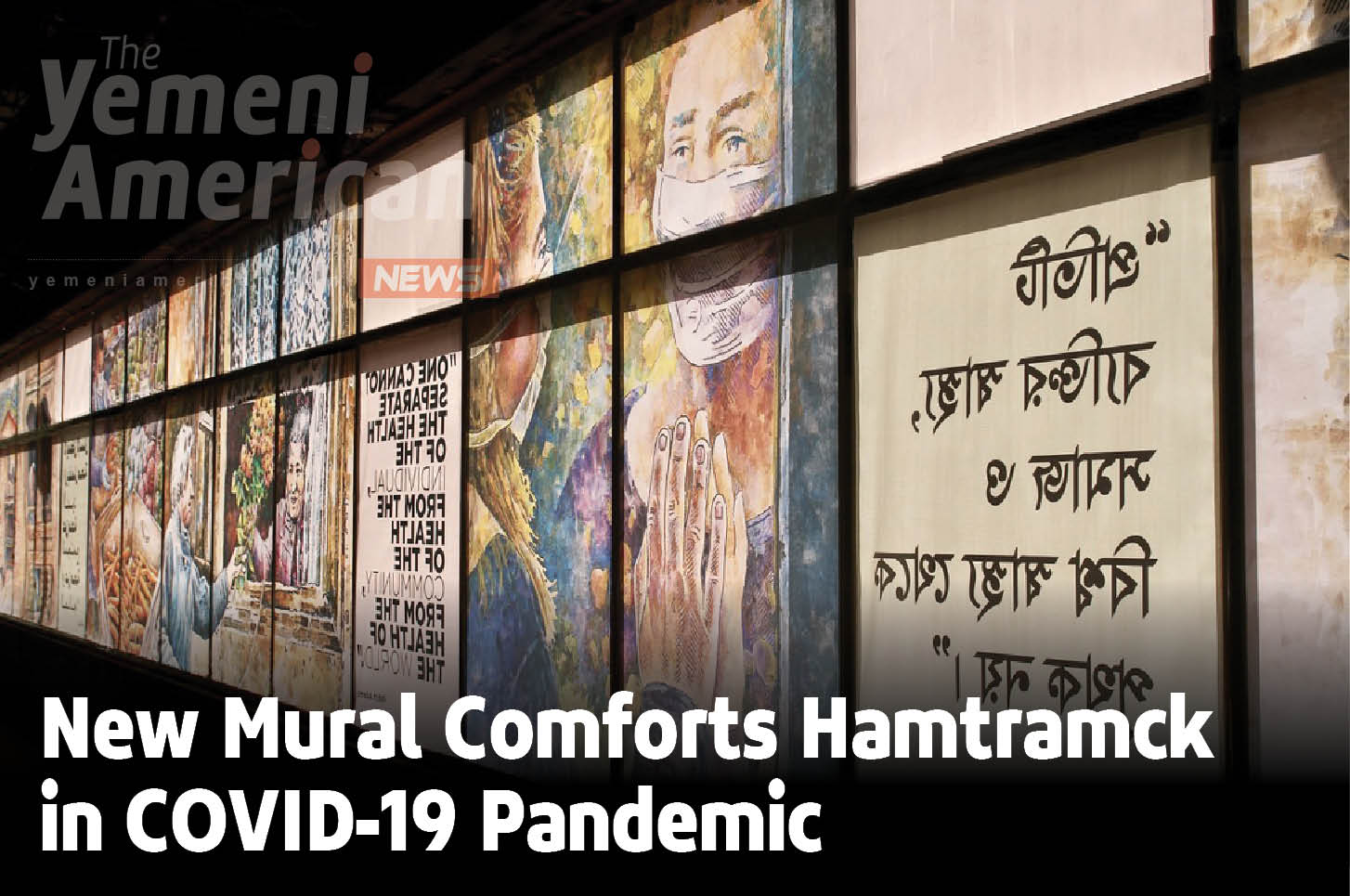 Hamtramck, Mich. – It’s a quiet image: the thoughtful moment between two friends, the solitary work of making sure food is plentiful, the lack of people and society, and just one of the thousands of lives who left us during this crisis. It’s a work of art for everyone.

In a mural produced by OneHamtramck and created by Artist Nicole MacDonald, these images are shown in the light of Joseph Campau Street. The effort was made in order to memorialize the pandemic and its effects on the broader cultures that call Metro Detroit home.

OneHamtramck, a local organization dedicated to multicultural initiatives, worked with MacDonald for six months on this project. Originally meant to be a sidewalk installation, the windows became a focus for its symbolism of being socially distant from one another.

“I kept picturing windows,” said Bill Meyer, Executive Director of OneHamtramck. “I said, ‘There’s a great array of Windows right at the heart of town that we can put it in.’ So the more we looked it over, and [the owner] was willing to let us use the windows, so it ended up being the prime spot to do it.”

Artist Nicole MacDonald gave a few details about her work in a talk before the unveiling. She said that the work had its challenges, since she didn’t know how the light would affect the way the paintings looked.

Even throughout the planning process, the work took many different forms. At the finish of the project, MacDonald decided to use the collection of images that she had sketched and use the best ones, as well as the images that worked best with each other.

“I would say that the image the relationship that the images had with each other was secondary,” MacDonald said. “That was a consideration, but it was much more about whether it reflected the culture. Hamtramck and the essential workers came a little bit into it. That representation was important.”

Hamtramck is a city that represents a plethora of different cultures, with Arabic and Bengali speakers living among many other languages. To focus on the pandemic through the multicultural lens of the city may be well-received as the mural stands to remind us of the worst that continues to pass.