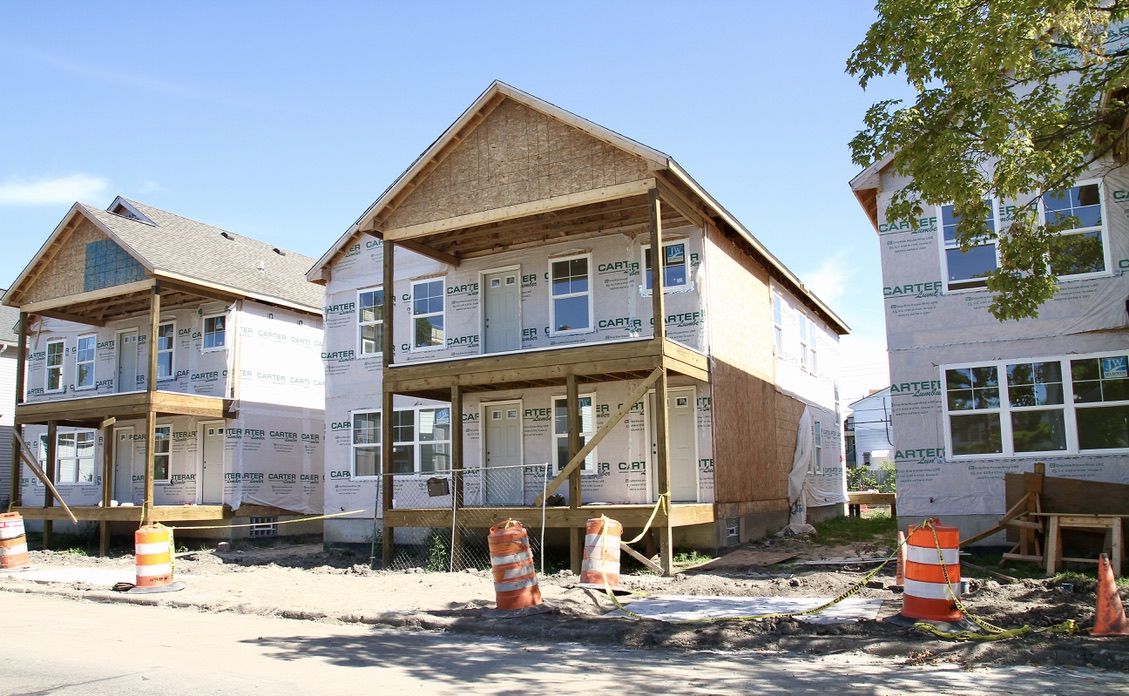 Hamtramck, Mich. – Three new duplexes on Faber Street have been under construction since earlier this year. Like every other project in the age of COVID-19, the deadline had to be pushed back in order to account for the lapse in work availability. However, the project to house six refugee families is still going strong, according to leaders overseeing the project.

Wayne County Assistant Executive Khalil Rahal, one of the major organizers of the project, says that they’re looking at a move-in date for the families in around late September or early October.

The project has been in development for years, Rahal explained. Only a year ago, the Refugee Housing Project had a lot publicity surrounding its final plan – three duplexes for six families who will be housed on Faber Street. The families will be able to stay in the homes at a low rent price for around one year as they get used to life in the United States.

One of the major priorities of the project is ensuring that the families have a documented refugee status. According to United States Citizenship and Immigration Services, those families must fit the legal definition of a refugee. Refugee Status applications have to be processed while the applicant is outside of the United States.

The Refugee Housing Project in Hamtramck was funded by the United States Department of Housing and Urban Development.

Many changes happened to the project throughout the past year. Originally, the deadline for the project was June of this year, but that had to change as a result of work restrictions during the early phases of social distancing measures.

Commissioner Scott explained that throughout the four or five years since the beginning of the project, many communities chose not to accept Refugees. Hamtramck became one of the only options for the Refugee Housing Program.

The decision to become the new home fell on the Mayor of Hamtramck, Karen Majewski, and the City Manager, Kathy Angerer.

The Homes will be named Freedom Village, and come with a price tag of $1.2 million, paid for through federal grant opportunities. Samaritas, a faith-based health and human services organization, will be in charge of finding the refugees for the homes.