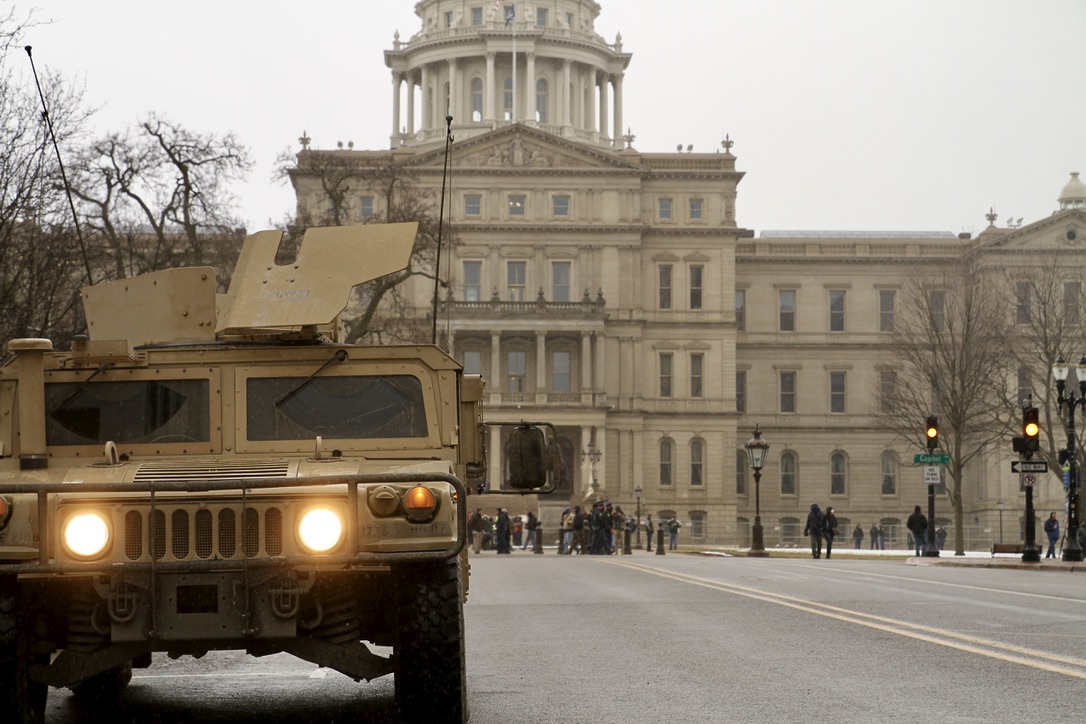 Lansing, Mich. – In the wake of an FBI report warning of violence at Michigan’s Capitol, a scheduled protest in support of Donald Trump turned out to be underwhelming. 15-20 protesters showed up – some heavily armed with assault-style rifles. The protest diminished shortly after the small group of armed protesters left.

On Friday, Governor Whitmer announced that she would deploy the National Guard as a result of the FBI’s warnings. Michigan’s Legislative sessions for this week were also canceled until after Joe Biden is inaugurated into the United States Presidency.

The few protesters who actually showed up were among some of the fringe members of Donald Trump’s support, yelling things like “the media is a bunch of sh**,” or carrying plastic toy guns. Some protesters who were from more left-leaning political groups also showed up with heavy assault-style rifles, however they did not stay long. 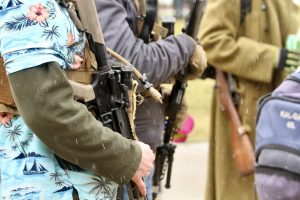 A small group of heavily-armed protesters showed up, before leaving the State Capitol shortly after.

The National Guard maintained a presence surrounding the capitol and keeping order over multiple closed streets. Lansing police also had a strong presence, with multiple groups of ten police officers patrolling the plaza in front of the State Capitol.

The protest had high-profile warnings throughout Michigan news sources. The FBI warned of armed protests and security concerns earlier this week. Ultimately protesters who arrived in front of the Capital were outnumbered by police, the media and the National Guard.