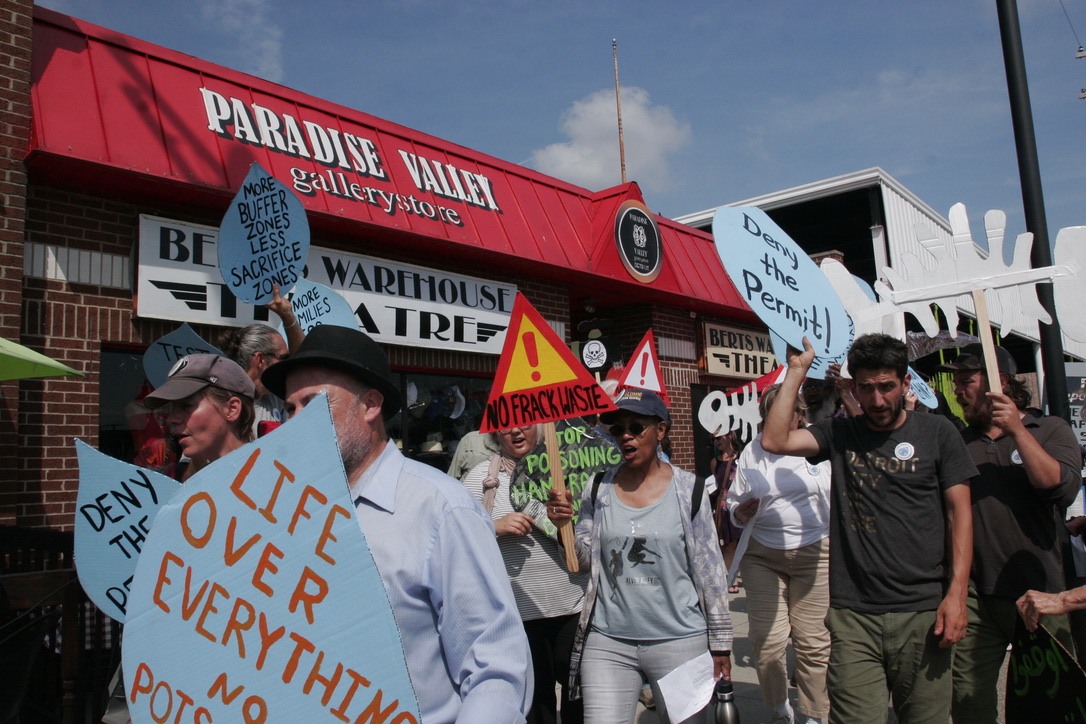 HAMTRAMCK, Mich. – Standing lock-stepped, marching against the biggest corporation in their neighborhood, a coalition of the poor, the immigrated, and the ostracized all gave their voice against an injustice just one year ago.

Despite their effort to seek change, they failed. US Ecology – a hazardous waste processing facility – got the approval to expand their storage nine times in January of 2020. But in June, a group called the Great Lakes Environmental Law Center filed a complaint against the governing body that approved the expansion. The legal brief argued that Michigan’s Department of Environment, Great Lakes and Energy (EGLE) violated the Civil Rights Act of 1967.

In a virtual townhall, leaders in the effort against what was the proposed expansion of a hazardous waste facility’s storage talked about next steps. They have already tried, and failed, to prevent the Michigan Department of Environmental Quality – now known as EGLE – from approving the expansion. Still, there was a mood on the zoom meeting that told everyone the work isn’t finished just yet.

“We were as an organization appalled by US Ecology’s proposal for such a significant expansion of their hazardous waste storage capacity,” said Nick Leonard of the Great Lakes Environmental Law Center. “We were particularly just sort of shocked by that because of the type of community that lives around there.”

Nick Leonard is an attorney with the Great Lakes Environmental Law Center. Along with Attorney Alice Jennings, they filed the Civil Rights complaint against EGLE. The complaint alleges that because of the history of the industrial district, the racial makeup of the neighborhoods within a vulnerable distance to the facility, and because of the lack of accommodation in the decision-making process, the approval violates the Civil Rights Act of 1964.

The issues that are cited in the complaint go back to the last time that racial disparities were this clear to most Americans. In a way, these issues became part of the broadly accepted catalysts for Detroit’s own decline following the City’s 1967 Civil Unrest. 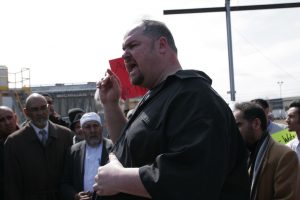 Going All the Way Back to Urban Renewal

Within the complaint, a detailed history of the area shows part of the rationale for one of Detroit’s oldest sins. Back when the Black Bottom and Paradise Valley neighborhoods were demolished as part of former Detroit Mayor Albert Cobo’s Urban Renewal Plan, portions of what used to be those predominately African American neighborhoods were designated to be industrial zones.

Looking at demographics for that area now, not much has changed. Within three miles of the facility – the area that is considered most vulnerable of pollution by the Great Lakes Environmental Law Center – the makeup is predominately African American and low income, explains Leonard.

“It’s sort of a densely populated community, it’s a very diverse community,” Leonard said. “But at the end of the day, it is predominantly low income, community of color with a lot of limited English speakers.”

Since the I-94 Industrial Corridor was first zoned for heavy industry, people often found themselves unable to leave, either because of financial constraints or because of the heavily decreased value of their homes, making it just too costly to leave. The decrease in value is mostly because they exist so close to the industrial area.

“We’re a state that built the middle class, but as manufacturing left and people are looking for jobs, we still have facilities that are doing more harm to communities that they’re located in than good,” said Justin Onwenu of the Sierra Club. “And so this fight the US ecology fight is an extension of all of the work that’s been going on for many, many years to try to fight for clean air and clean water for all communities.”

The problems with Industrial Zoning in Detroit have existed for a long time, but just recently the problem escalated. Back when Rick Snyder was Governor of Michigan, mildly radioactive waste from Fracking – a byproduct of pushing water into bedrock in order to release natural gas deposits – became permissible to treat at US Ecology.

In response to this escalation, a coalition was formed in order to work against US Ecology’s efforts. The Coalition to Oppose the Expansion of US Ecology was a powerhouse in working to bring efforts like a public meeting for a formal complaint process.

That public meeting, held in March of 2019 at Hamtramck’s Bridge Academy. Posters were written in Arabic and English encouraging people to speak during the public comment period of the MDEQ Public Meeting. It was advertised that translators would be available, a full presentation would answer questions and the public comments would be taken into careful consideration.

“Hundreds of people showed up with this understanding that they would have an opportunity to hear the presentation of the DEQ, to then be able to provide their input,” said Abraham Aiyash, democratic nominee for District 4 State House of Representatives. “And that event, that hearing, did not offer any of those things.”

Although the facility has stopped accepting fracking waste, according to a spokesperson for US Ecology, the facility has been out of regulation limit throughout the entirety of the 21st century. Mercury, Arsenic, Cyanide – those are among the various toxins that have been found in the sewer system near the facility. A Detroit Free Press analysis of Great Lakes Water Authority documents shows that US Ecology has exceeded toxic chemical limits over 150 times since 2010.

Despite the violations in toxic substance limits, US Ecology was able to get a permit to expand its storage from around 76,118 gallons of toxic waste to 677,000 gallons of waste. The facility says that this will not change how much is discharged or processed. Still, with so many exceeding discharges, it’s made some activists wonder how US Ecology could get the permit.

How did US Ecology get approval?

US Ecology has been pursuing this permit for the past five years. They’ve been working closely with EGLE, which was then MDEQ, in order to secure the approval for such a massive storage upgrade. Although the number of chemical exceedances has been alarming, many involved with the industry have said that this is not because of the facility itself.

The hazardous waste facility says that of the 150 violations, there was a four-year period in which violations were found in less than 1% of samples from a body of over 10,000. This left EGLE releasing a statement saying that they were forced to, since the facility “is within compliance.”

The violations did not have a significant impact on the city’s infrastructure, according to spokespeople for the Great Lakes Water Authority. However, those involved with waste infrastructure in other cities have said that 150 exceedances from one facility would be alarming in a city like Milwaukee.

The approval, which was announced on Jan. 30, set conditions to the facility that were intended to be a response to the public comments against the expansion. Conditions like specific truck routes outside of the populated neighborhoods and delivery limits are all intended to make the facility safer for the community surrounding it.

EGLE also set an environmental report card for the facility that will show any violations over the previous six-month period. Recently, there have been three total violations from US Ecology, namely in exceedance of Mercury, Copper and Titanium limits. The three exceedances came from a body of more than 1,500 tests.

Although the decision to expand may be too late to reverse, EGLE is about to begin the process of working closely with activists to remediate the Civil Rights Complaint. The process was formally announced on Aug. 10.

“what we’re basically saying is, EGLE’s decision to issue this license had a discriminatory effect on the basis of race color, or national origin,” Leonard said. “And if that’s the case, and they’ve determined that’s the case, then they have to do something to address that violation. What that is, is something that we’re going to try to work with them to figure out.”