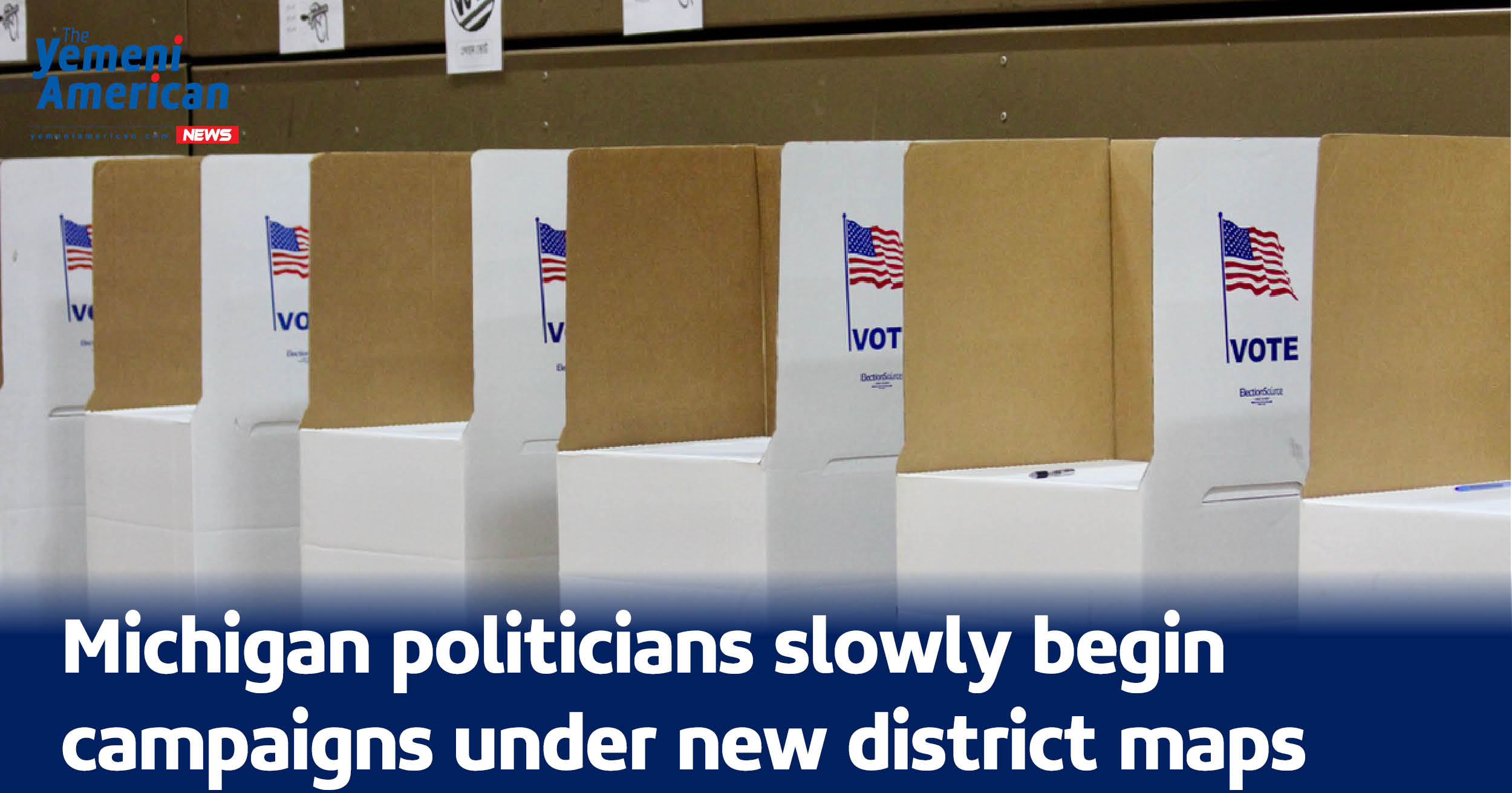 “Yesterday, I officially filed to run for reelection in the new second district state senate seat,” Santana tweeted on Feb. 2. “I enter this race with the support of @MayorMikeDuggan, @AHommoudMI, Mayor Bazzi, @AlishaAbell3, @DavidKnezek. We are proud of our work and look forward to talking with voters.”

With a vote on Dec. 28, 2021, three maps were approved by the Michigan Independent Citizens Redistricting Commission. The maps represent the boundaries of the new congressional, state senate and state house of representative districts intended for use for following elections.

This redistricting process began when voters in 2018 decided to move forward with a ballot proposal that would give a committee of citizens the authority to draw the district boundaries. Formerly, the districts were drawn by the elected members of the Michigan House of Representatives.

“This makes the Arab American community a community of interest,” said Bilal Hammoud, an Arab American activist. “We have to recognize that there comes an artificial gap to access, and I ask this commission to seriously consider the egregious impact of dividing this community any further.”

After the final maps were approved in late December, a group of Detroit-area public servants submitted a legal complaint to the Michigan Supreme Court. The complaint alleges that because there are not an equivalent number of majority-minority districts, the new congressional map does not comply with the Voting Rights Act of 1965, amounting to voter dilution.

“Should the plans for the US Congressional districts be adopted, it would completely eliminate the two majority-minority (Black) districts that currently run through the largest concentrated Black population in Michigan (Detroit),” reads the legal complaint.

“Instead, those districts would be apportioned into eight new districts comprised of eight small sections of the Black community in and around Detroit, each paired with a large section of a majority non-black suburb of Detroit (such as Birmingham and Bloomfield Hills).”

This is a very real complaint, since Michigan’s only district with a Black member of congress – district 14 – has been eliminated and combined with parts of Michigan’s former 12th and 13th district. The current boundaries for Michigan’s 13th district run throughout east Detroit and the north Downriver communities.

The Michigan Supreme Court has dismissed this Voting Rights Act complaint, saying the absence of majority-minority districts “is not the measure of vote dilution under the VRA.”

“Plaintiffs have not identified grounds or legal authority that would allow us to question the commission’s decision not to draw race-based, majority-minority districts,” reads the Michigan Supreme Court’s response.

Two other legal challenges against the Michigan Independent Citizens Redistricting Commission are still underway. One questions the validity of the maps based on fairness, while the other questions the need to split certain municipalities.

According to Federal Campaign Data, there are 58 people who have filed to run for office in Michigan’s congressional races under the new legislative maps. In Southeast Michigan alone, there are 29 candidates running for congress in the 2022 congressional elections.

Michigan’s 14th district congresswoman Brenda Lawrence announced that she would not be running for reelection, but is noted to have filed her candidacy in the now defunct 14th district.

Meanwhile, congresspersons Debbie Dingell and Rashida Tlaib are among the elected officials who will be running for reelection in entirely new districts. More candidates may clarify their intentions leading up to filing deadline on April 19.