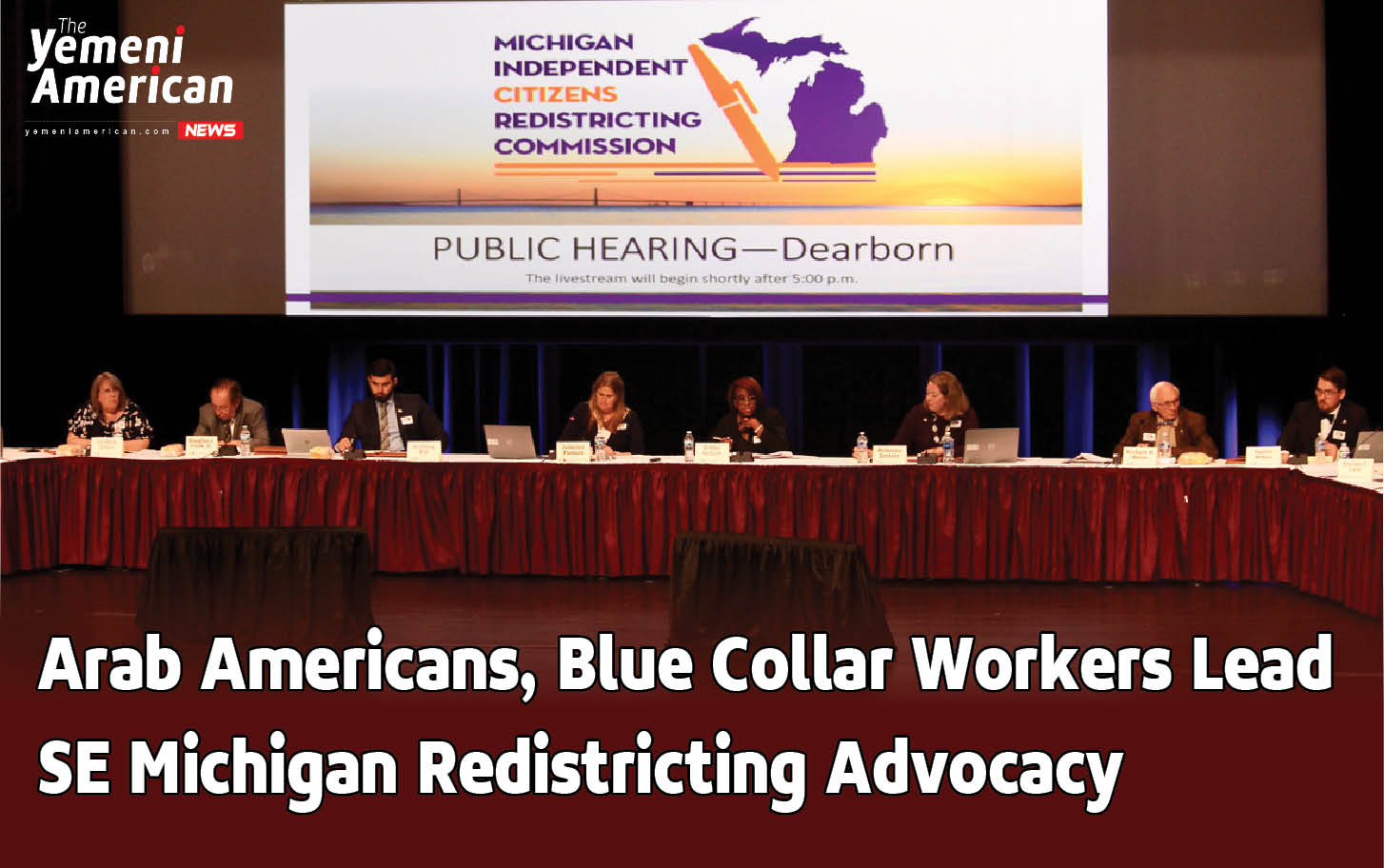 The public hearing had almost 50 comments from residents of the area, with people mostly calling for the downriver communities or Dearborn to be consolidated. Instead of the oblong districts that are currently dividing communities, people asked for communities to stay together.

The formation of the MICRC was a result of both the results of the 2020 Census, and Proposal 2018-2 – which called for the transfer of redistricting power to an independent commission. The commission itself is composed of four Republicans, four Democrats, and five commissioners not affiliated with any party.

The major area of focus for the MICRC, as shown in the Dearborn Public Hearing, was maintaining communities of interest. According to the University of Michigan School of Public Policy, the MICRC considers Communities of Interest to have three parts – shared cultural, historical or economic interests, a shared contiguous area on a map, and shared interests for representation on the state level.

Attending members of the MICRC asked for public comments in order to specifically define these communities of interest, and those who delivered public comments were eager to share the specifics about their community.

One Dearborn Heights speaker, Bilal Hammoud, talked about the Arab American community and its division on the Michigan Legislative District Map. Highlighting the unique needs of Arab Americans, like language services and unique programs in school to help with trauma, Hammoud asked for better representation in his community’s redistricting.

“This makes the Arab American community a community of interest,” Hammoud said. “We have to recognize that there comes an artificial gap to access. And I asked this commission to seriously consider the egregious impact of dividing this community any further.”

Pauline Martin, who lives in one of the Downriver communities, advocated for the blue-collar character of her district. With most of Martin’s legislative district located in another county, she felt that her community’s interests were overtaken by a different community’s priorities.

“It’s time for us to have local people in our area that represent us, instead of these people that are split up like that we often have to share with Washtenaw County, or with Detroit,” Martin said. “We just want Downriver to be its own area.”

Public Hearings run by the MICRC will continue until the beginning of July. In total, the Commission will hold public hearings in 14 communities across the state of Michigan. After these meetings with the public, the work will begin to start the redistricting process.

If someone cannot make their community’s meeting, written comments can also be submitted through the MICRC Public Comment Portal.