Learning from Home in Lockdown: How one family is coping with the school’s closures. 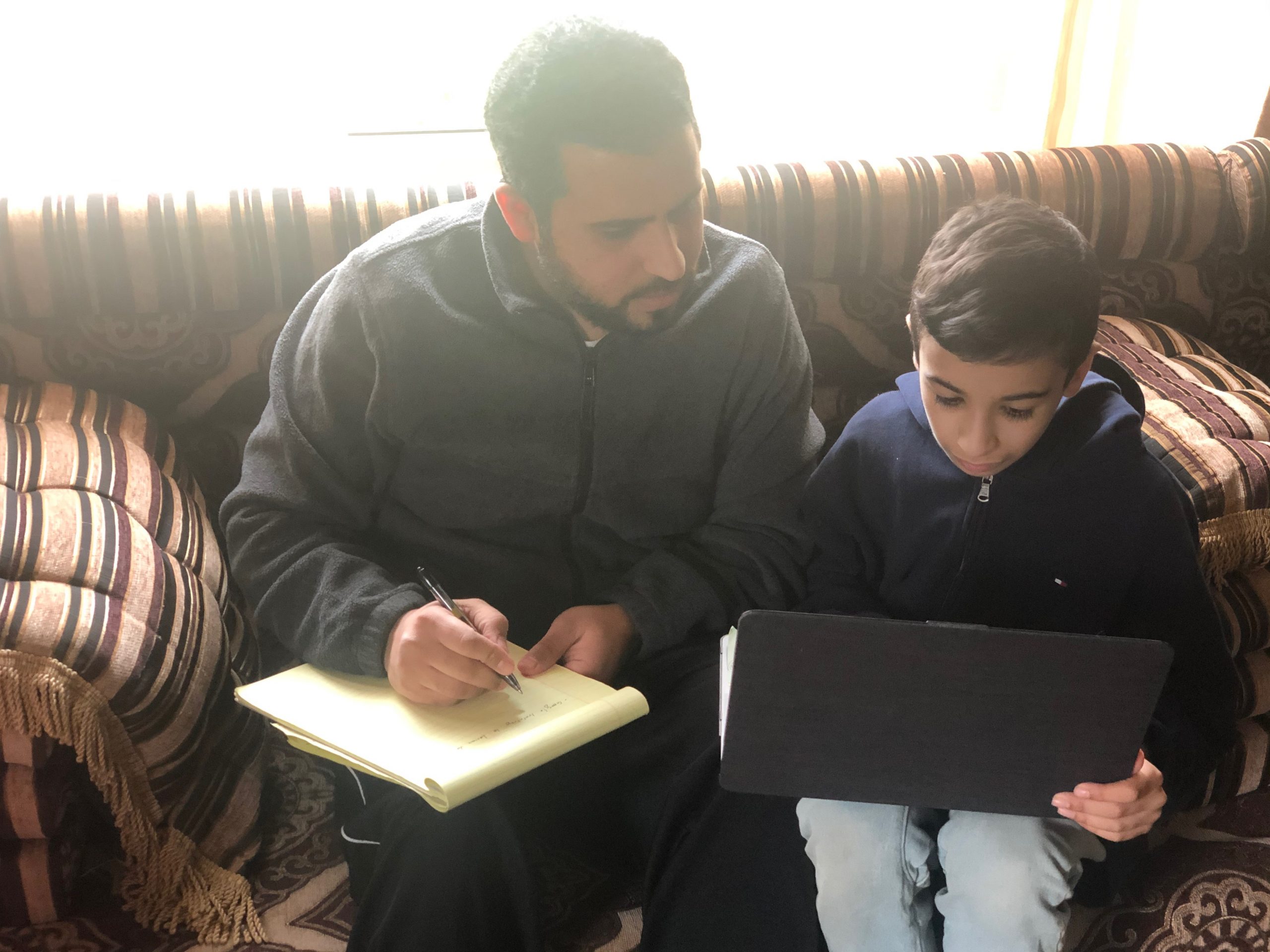 In the days since the Coronavirus outbreak began, Nabil Nagi has been working from home. His job as the English Language Development Director for Hamtramck Public Schools hasn’t been easy, with some meetings going until midnight.

The entire Hamtramck school district is in a stressful time. Surrounding Hamtramck is Detroit, where the Superintendent of its public schools has called for an end to Michigan’s school year entirely. Further down Woodward, the wealthier school districts have made the transition to online learning more easily, since the vast majority of students have access to Internet and education materials at home.

But Hamtramck doesn’t quite have that choice. For one, the large population has a dense collection of people living under difficult circumstances. Never mind internet access or at-home education materials, Hamtramck’s parents are among the most at-risk for losing their jobs in this crisis.

Nabil is actively taking part in finding solutions for education in the face of these problems. And by any means, that’s not an easy task, especially since Nabil has four kids at home from school every day. When his kids would normally be at school, Nabil is now helping them get through their online lessons.

“I’m homeschooling at the moment and doing my job at the same time,” Nabil said. “And it’s quite the challenge.”

Nabil’s son Mohammed is learning about fractions this week. Mohammed takes his computer to his father to show him the online lessons. They start with a short video, and then some example problems. If Mohammed gets the math problem right, he moves on. If he gets it wrong, the program shows him another video to try clarifying the concept.

“They give you like math stuff, reading stuff and social studies,” Mohammed says.

Mohammed’s favorite subject in school is math. He actually prefers to learn it on the computer, although he’s not quite old enough to explain why he likes it more. Still, Mohammed says he’s struggling to get through social studies without a teacher.

Even though most of the subjects are easier online for Mohammed, there’s still a lot about school that he misses.

“We have a lot about school that I miss,” Mohammed said. “We have Gym and we miss a lot of things in gym. And music, Social Studies, and everything in school.”

Since the Coronavirus Outbreak began in Michigan, many teachers have struggled to transition into online learning so quickly. As one teacher in Farmington Hills put it, many educators are given just a week to change the entire course of their school year.

Governor Gretchen Whitmer has said it’s very unlikely that schools will be open again during this school year. Secretary of Education Betsy Devos also announced that students affected by the Coronavirus outbreak will not be required to take part in standardized testing efforts.

Nabil explained a lot of the solutions that Hamtramck is trying to work out for all these problems. But as of this moment, none of them are concrete plans.

In Dearborn, where Nabil’s children would normally go to school, students are given Chromebook laptops. “The students stay in contact with their teachers via blog or email,” Nabil says. “You know, they touch base at certain times of the week, even a phone call here or there.”

Dearborn is able to provide laptops to their students because equity isn’t as much of an issue in the city. Most students have an internet connection, while others can be helped individually.

Since the transition of learning from home, Nabil says he hasn’t noticed much of a difference in Mohammed’s mood. “He’s not discouraged,” Nabil said. “Maybe it’s his age. I don’t think he’s absorbed what’s going on in the world quite yet.”

Nabil is working in education while he’s homeschooling his kids. And that brings a sort of complex relationship for him and his children. Yes, Nabil knows about educating students. But since he’s working for a school district that’s under distress, he can’t necessarily think about his children’s learning as much as he’d like.

“For the most part, it’s worrisome just trying to keep them scheduled for their learning continuum,” Nabil said.

For many of the parents who are now home with their children in Michigan, a new normal is slowly developing. Parents and their children are learning about new boundaries in order to keep a good relationship during stay home orders and social distancing. But needless to say, it’s a challenge for everyone.