How One Small Business is Navigating the Economic Future. 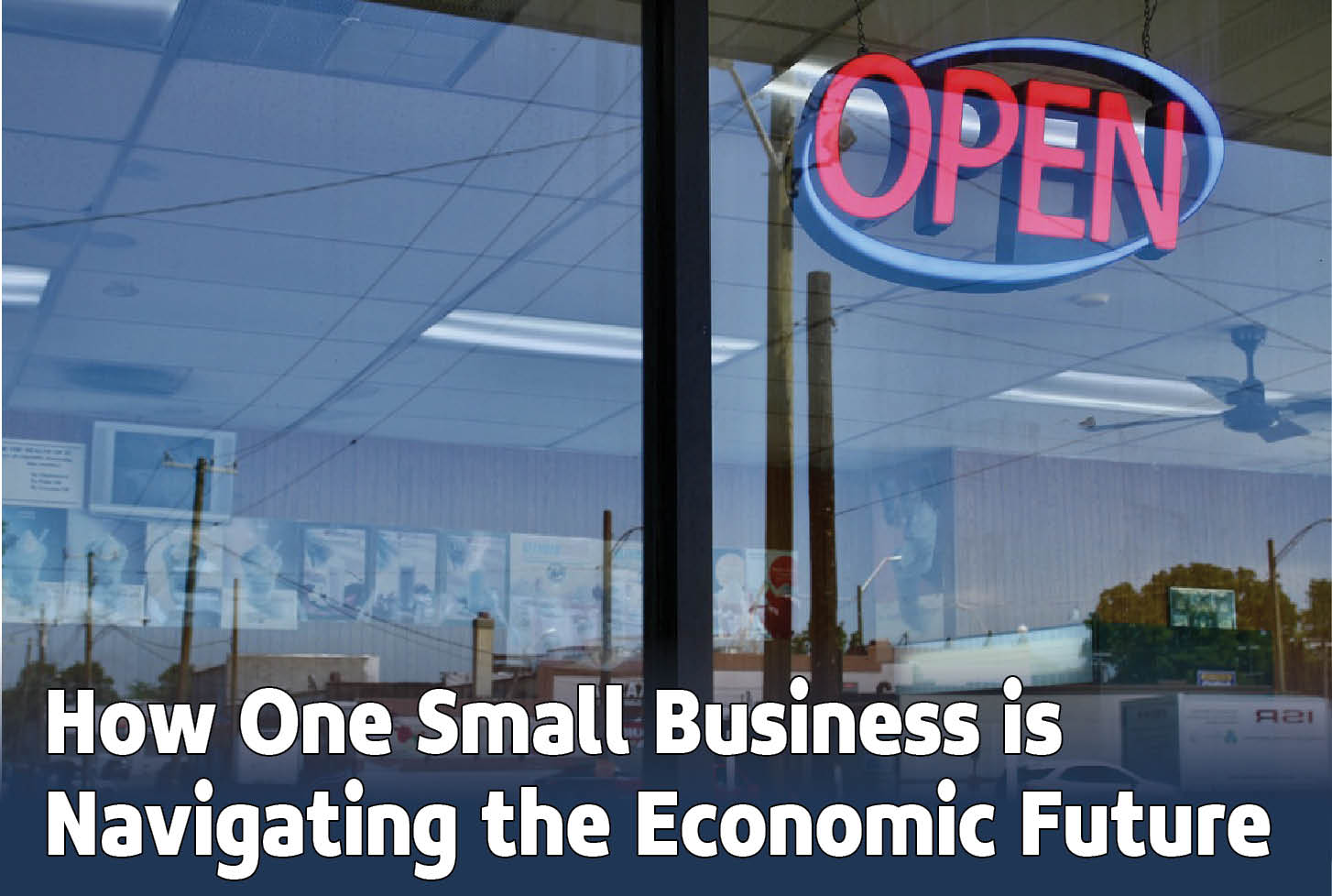 Dearborn, Mich. – Standing behind the counter at his Coffee Shop in Dearborn, Ahmed Alwan greets every customer with a friendly look in his eyes behind glasses and a white mask. He wears it all the way past his nose, even though many people don’t. Between customers, when the shop is almost empty and no one is waiting for service near the donuts, he’s cleaning the countertop over and over throughout the day.

Alwan says that he doesn’t sell coffee, though. What he’s really selling is the start of the day. A ritual for bringing a good mood with each customer after they leave.

“All the time, I see people coming in, you know, after sleeping, and we talk,” Alwan said. “And after you have your coffee – a good coffee, quality coffee – you’re cheered up. And with good service, that’s how you start a day well.”

It’s hard to tell whether he’s explaining this like it’s an industry secret, or a hidden piece of advice to living a fulfilling life. Either way, there wasn’t a customer who left the shop without a smile showing in the folds of their mask and the wrinkling in their eyes.

Alwan has owned Yum Yum Donuts since November of last year. Before most people even heard of the Novel Coronavirus, Alwan was making one of the biggest shifts in his career. Last year, he was working as an Accountant for Jackson Hewitt Tax Services. For seven years, he kept track of the financial requirements of his clients as a bookkeeper.

Of course, Alwan didn’t leave Jackson Hewitt because his Donut Shop venture would make more money. He says it was about having something to call his own, to give to his children when the time comes. 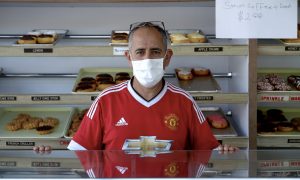 Ahmed Alwan stands in front of the selection of Donuts at his shop.

The Novel Coronavirus Pandemic has upended the vast majority of business plans throughout the United States. But for those who started just before the Pandemic, there’s a reluctance to just sit on bad luck. For Ahmed Alwan, he plans to weather the storm until people are spending more.

However, according to an inter-university study published in April, about 1.8% of businesses surveyed – or just over 100,000 – have permanently closed as a result of the COVID-19 Pandemic. Among the most affected industries, according to S&P Global, is automotive and automotive parts manufacturing.

In a region that’s defined by its history of building cars, the biggest automakers also serve as some of the largest employers in Metro Detroit. With the sudden drop in demand for new vehicles and a halt in production during the height of Michigan’s Epidemic, spending on things like a cup of coffee have slowed.

Alwan has a clear idea of what his business has lost because of the pandemic. After all, he was a bookkeeper. Throughout the pandemic, Alwan has averaged about $15,000 each month in revenue. Although according to his original plan, Alwan says that he would’ve expected to be making $35,000.

Just on utilities and rent, Alwan spends about $6,000. Take into account payroll costs and supplies, and Ahmed Alwan doesn’t stand to make much by the end of the month. Although, he says things may be looking up for his business in the future.

In May, the Congressional Budget Office released its economic forecast for 2020-2021. Although things were expected to improve by the third quarter of 2020, a return to normal wasn’t expected until at least 2022. So for small businesses in the United States, they may have to expect some difficult times ahead.

According to the CBO’s analysis, the social distancing measures resulted in a collapse of consumer spending. Much of the economic difficulties, like an astronomical unemployment rate and a reduction of overall economic output were a result of these measures.

Whether they were necessary or not shouldn’t be up to debate when over 100,000 lives have already been lost due to complications related to COVID-19. The question now is how to live in what has been a recession since March of this year.