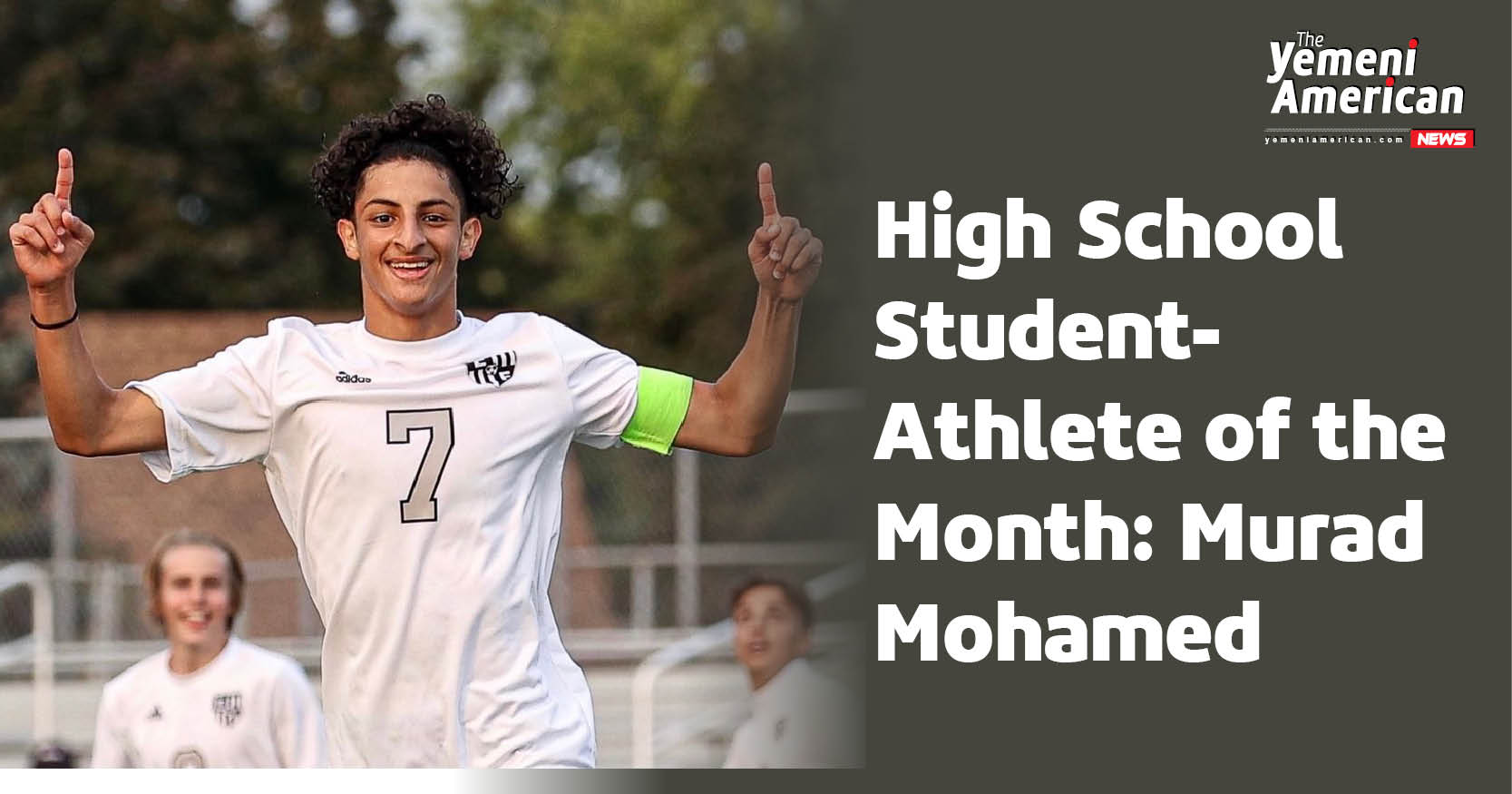 This award plans to recognize one high school student athlete who is excelling on and off the playing field.

Murad mostly plays winger for the Edsel Ford Thunderbirds Soccer team. From the time this interview was done, which was the second week of October, Murad had already scored 31 goals on the season. The 31 goals that Murad scored broke Edsel Fords single season goals scoring record, and there were still a couple weeks left in the season.

All of this success on the field has led to Murad being voted as MLive’s Metro Detroit Player of the week not once, but twice so far this season.

Murad isn’t just excelling on the field either. Murad currently holds a 3.8 G.P.A.

When we asked Murad who inspired him to be great and to be the bright young man that he is, he didn’t hesitate to give both of his parents credit.

“My mom and my dad have always been there for me,” Murad said. “They’ve always been supporting me throughout my life, which means a lot to me.”

Abubaker Mohamed, who is Murad’s father, said, “As a parent I was tough on my son.  But I am proud of where he is today.  He pushed himself very hard and continues to push himself.  He knows he still needs to work hard to achieve his dreams, but I believe in him.”

Murad’s mother, Hella Mohamed, later added, “I think it’s important to support your kids in what they love to do.  Looking back at it now, I just wanted to keep him busy and focused on his schooling.  Through his hard work and dedication, he has made it this far. I am a proud mother.”

Murad started playing soccer when he was very young with the Dearborn Soccer Club under his uncle Jamal Alhiyafi. Muard wasn’t very interested in the sport when he first started.

Over time, Murad started to play soccer with other kids and began to enjoy the game more.  Murad then joined MYSA Youth Soccer Club under coach Mohamed Alrayyashi.  He played with MYSA until he was in High School. 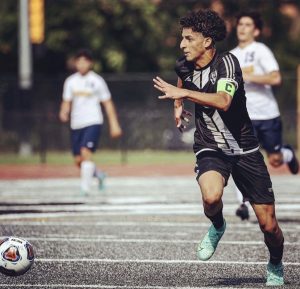 Murad Mohamed rocks the “C” on his sleeve because he is the captain of Edsel Ford’s Soccer team. Murad has been captain since his sophomore year of high school. (Photo Credit: Denise Allen)

When we asked Murad what kind of impact Coach Alrayyashi had on his life, he said, “Mohamed Alrayyashi is a mentor to me. He has helped me as a player, as a person, but most importantly he has helped me with my education. He always checks our grades and makes sure we are on track.”

Mohamed Alrayyashi coached Murad from the age of 6 all the way to the age of 15. Coach Alrayyashi had this to say about Murad, “Murad is a very humble young man. His work ethic has always been above and beyond some of his own teammates. He was not only trying hard in MYSA practices but he was always working hard outside of practice as well.”

Coach Alrayyashi later added one of the greatest attributes about Murad was that “he never minded making mistakes because he knew he would correct and eventually fix them. MYSA organization and I believe that Murad will have a great future and we wish him nothing but the best.”

After playing for MYSA, Murad decided to take his talents to Edsel Ford High School. Murad made the varsity team as a freshman under coach Hussein Beydoun.  Murad was then named captain during his sophomore year, and he has been a captain ever since. Muard helped Edsel Ford win the district championship back in 2020.

Coach Beydoun had this to say about Murad, “Murad is one of the hardest working kids I’ve ever coached. He keeps looking for ways to improve his game, and his hard work has paid off with the way he’s been playing this year.”

Coach Beydoun latter added, “Murad doesn’t just score goals – he leads by example with the way he presses, defends, and the way he stays focused on doing well in school. Murad has played a big role in making Edsel Ford soccer stronger and more competitive.”

Murad wanted to also thank all of his coaches in the past, including Hesham Alyafai and Abd Alkafe Khaoog, for helping him become the player that he is today.

Murad is currently a senior at Edsel Ford High School. When we asked him what kind of player/athlete would future colleges be getting in Murad Mohamed, his response was, “You’re going to get a hardworking student-athlete. I put 100% into everything I do and I never give up.”

Murad closed out the interview by giving the younger generation some advice. Murad said, “Don’t ever give up and keep working hard. As long as you have someone supporting you, everything else will work itself out.”

Once again, from the team at OZ Media and The Yemeni American News, we want to say congratulations to Murad Mohamed for winning October’s Student-Athlete of the Month award.

Here is a link to Murad Mohamed’s Highlight reel: