Hamtramck Sewer Repair Approved for Next Phase after Widespread Floods 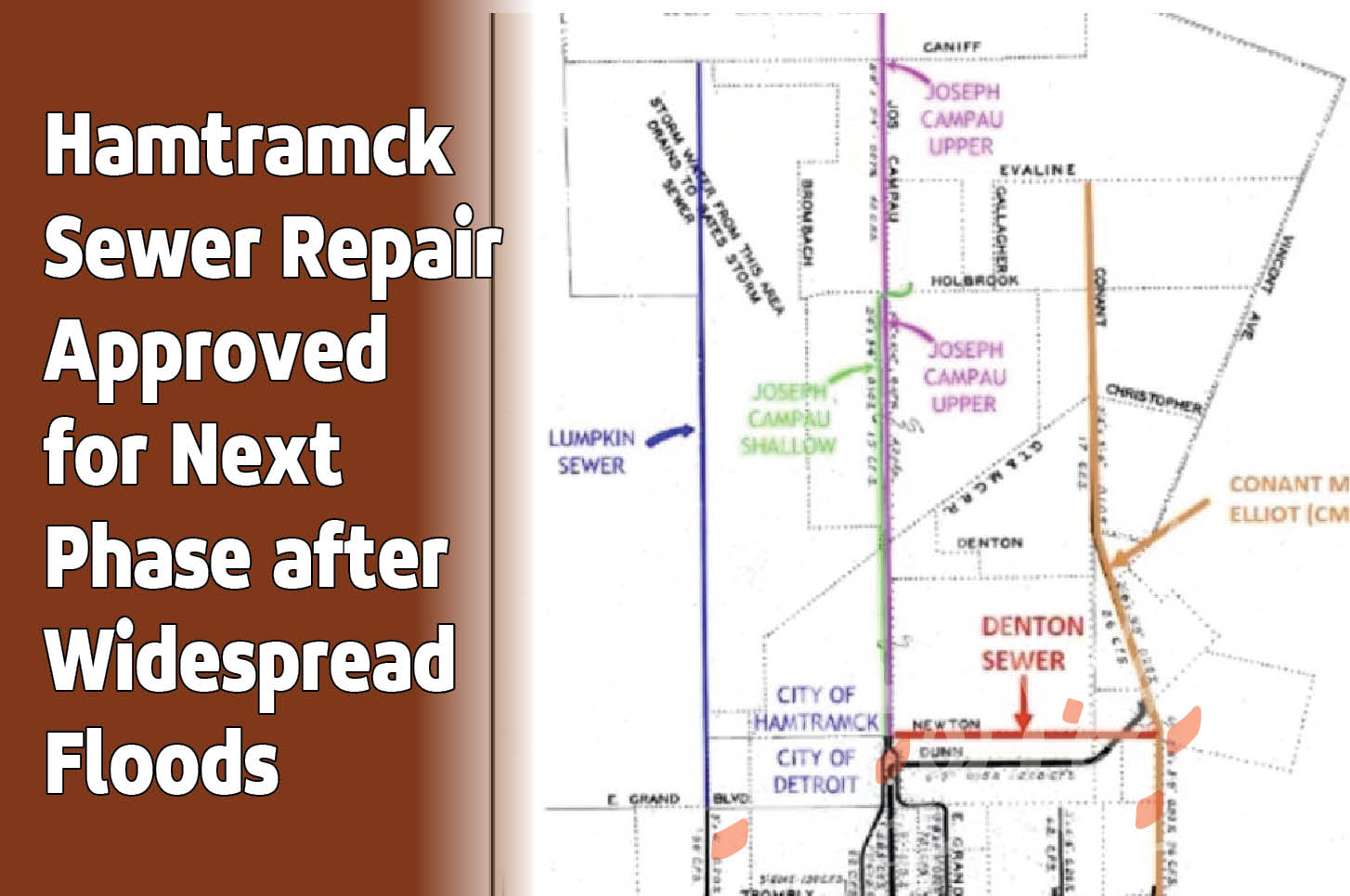 HAMTRAMCK, Mich. – It’s been happening for years – basements soaked with dirty water, trash from alleyways coming into people’s homes and the smell of it all. It’s been a challenge to for residents to deal with this. But it’s been an even bigger challenge for the city to solve the root of the issue.

Hamtramck’s sewers were made all the way back in the 1920s, with the rise in population continuing into the end of the decade. With the old sewers, there’s bound to be some problems with the design. John Hennessey, vice president of Hennessey Engineering LLC outlined those exact flaws for city council on Sept. 22.

According to Hennessey, there’s a number of major issues that can cause flooding in the basements of homes. The first is that the pipes for draining the roads and the pipes for taking water out of homes are the same pipes. It’s a design type known as combined sewers, and during rare storms it can cause problems.

“So when you add our normal sanitary flows with these wet weather flows, what it can do is it can create a backup in our sanitary system that will prevent the drains from discharging into our system and it can cause backups in the home,” said Hennessey. 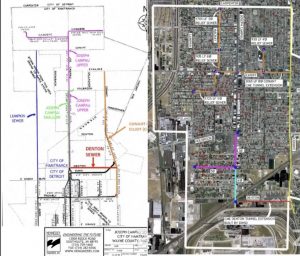 The plan for Phase 1B of the Sewer Relief Project looks to connect Hamtramck’s system with Detroit’s Conant/Mt. Elliott Tunnel.

Contributing to the issue of combined sewers, most of the pipes used throughout the city are relatively small compared to some of Detroit’s major sewer connections. Hamtramck’s sewer system operates using pipes that are around 3-5 feet wide.

The solution, according to Hennessey, is to tap into Detroit’s Conant/Mt. Elliott Tunnel, which is 15 feet across.

“The last time [I went to the city] they told me they sent somebody to the alley, and they said that there was no problem,” Al-Gahinm said. “There was no pipe blocked or leaking, but we still have this issue.” 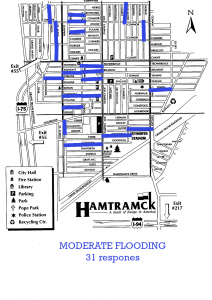 According to independent surveys from a resident of Hamtramck named Elliott Zelenak, a lot more people than just Al-Gahinm saw this problem in their basements. There are at least 19 people, living on 12 streets that experienced major flooding. 31 people on 18 streets reported moderate flooding. And 3 people reported massive flooding, with an estimated two feet of water going into their basement.

Along with Zelenak’s independent research, another resident named Bridgette (whose last name was withheld for privacy) contacted various City Councilmembers about fixing the sewers. According to Councilmember Ian Perrotta, he and Bridgette communicated about the unfinished sewer repair project.

“I told her that it would help if she made some noise and asked for this project to be completed,” Perrotta said at a council meeting. “So to her credit, she went on Facebook, posted a survey and found out that a lot of her neighbors had their basements flooded. And then she got this information back to me and it ultimately was communicated to the city administration.”

According to a cost analysis by Hennessey Engineering LLC, the total price tag on fixing the sewer, and possibly connecting Hamtramck’s system to Detroit’s Conant/Mt. Elliott Tunnel will reach close to $5 million for a relief sewer and watermain and lead replacement.

“We’re looking to fund this with the existing fund balance of the water and sewer fund,” Hennessey told the City Council. “That has some real advantages to us. It allows us to expedite the project. If we go through the state revolving loan, which is more complex, it pushes the project out a year and a half later.”

The plan, known as Sewer Relief Project – Phase 1B, has been in development for the past six weeks. City Council voted unanimously to approve the project. News about when construction begins is still waiting.