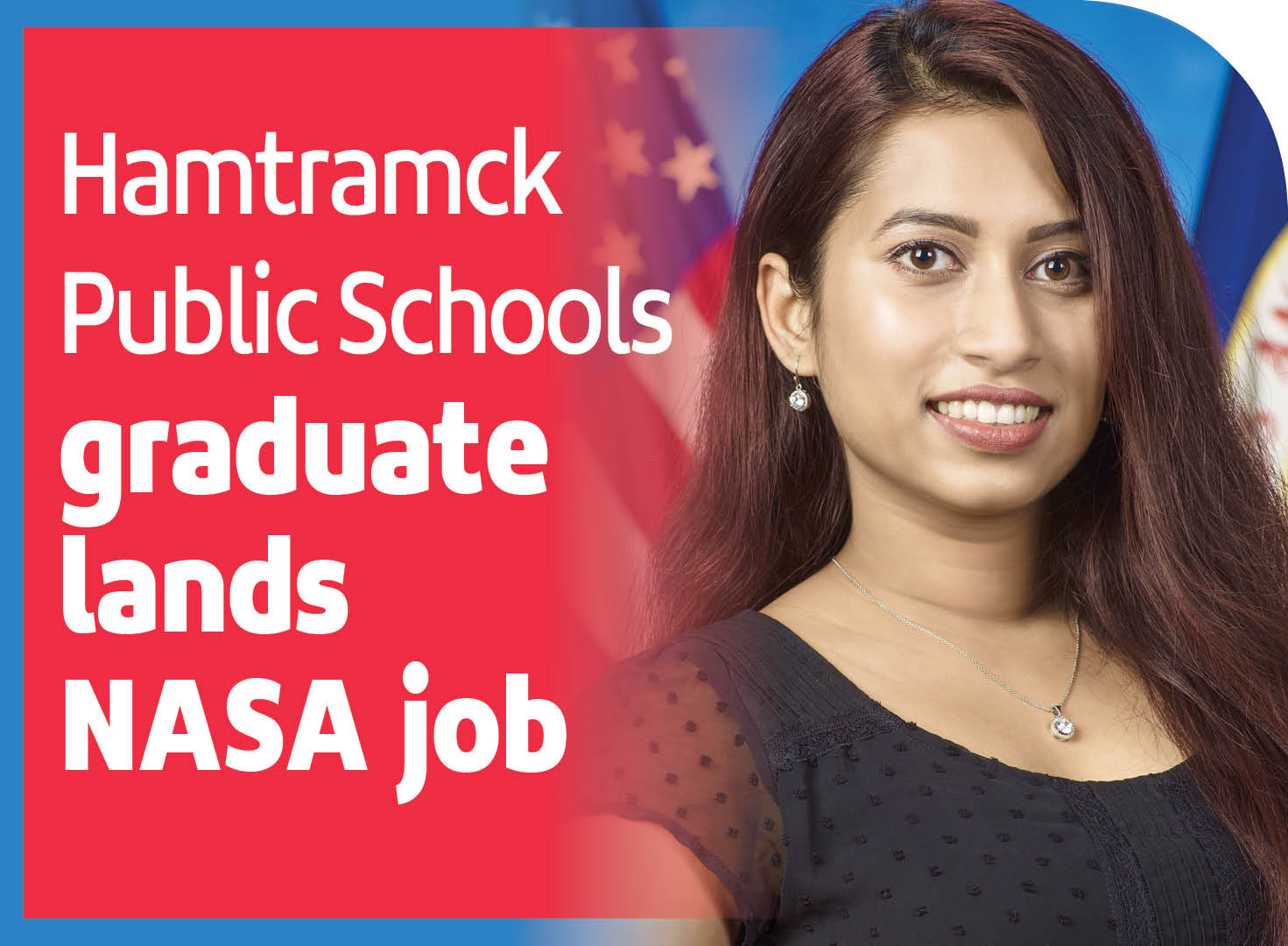 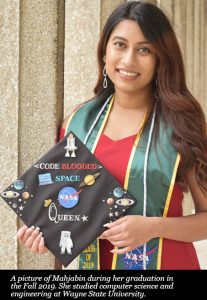 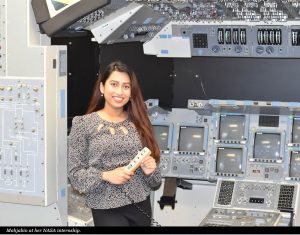 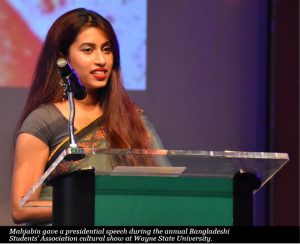 Mahjabin Haque knew she wanted to work for NASA since she was a little girl when she saw an ad on TV in Sylhet, Bangladesh, where she grew up. Her dream came true this year when she was hired as a NASA Space System Software Engineer at the Johnson Space Center in Houston. She will start Oct. 7. She made international headlines for becoming one of the few Bangladeshis globally to work for NASA. “I always wanted to be something where people know me by my name I want my parents to be known by my name,” said Mahjabin.

I met with Mahjabin recently on behalf of the Yemeni American News to discuss how she got here and what she’d like to tell us about her journey.

Mahjabin moved to the U.S. in 2009 to New York with her family and later to Michigan in 2011. Due to her father Enamul Haque’s profession as a banker, he lives in Bangladesh while Mahjabin resides with her mother Ferdousi Chowdhury and brother Syed Samiul Haque, who works for the U.S. Army. Her father visits every year.

She said moving to the U.S. was quite an adjustment due to cultural differences and language barriers. She remembers staying up all night to study words and grasp English better to do well in her classes.

The Hamtramck High School graduate then attended Wayne State University where she studied computer science and engineering. Mahjabin is a bright-eyed girl with many talents from dance, art and pursuing leadership opportunities.
Despite her recent success, she was discouraged by some relatives from attending college as a girl, and later for applying for out-of-state internships at NASA. She completed two internships there prior to landing her job; one as a data analyst and another at mission control.

“I got stopped at every step of my way. I didn’t listen to them,” she said.

Mahjabin’s number one supporter and inspiration is her mother Ferdousi. She describes Mahjabin as a studious active girl, one who loved to play and have fun as a child but took her education seriously. “I always wanted her to become something big and to strive higher than boys,” she said. Ferdousi encourages parents to discipline with friendship and understanding. She said parents should support their daughters to become educated. “A boy can educate another boy, but a girl can educate the world,” said Ferdousi.

Mahjabin took her mom’s advice to pursue further education and to “let her dreams touch the sky.” She took on leadership opportunities throughout her high school and college careers. At WSU she was the Bangladeshi Students Association secretary in 2015-2016 and president in 2016-2017, Vice President of the women’s chapter of the Association for Computing Machinery (ACM), and the Student Cultural Society’s founder and first president. She took part in Girl Develop It, Girls Who Code, Wayne State Formula SAE – Warrior Racing, Amnesty International, the Indian Student Association, National Society of Collegiate Scholars, Society of Women Engineers, and DECA.

Thanjila Uddin is a Software Engineer at Ford Motor Company. She became friends with Mahjabin through the Bangladeshi Students’ Association, when they worked together with others to bring BSA back from hiatus. Thanjila was vice president in 2015-2016, while Mahjabin was the secretary. Thanjila describes Mahjabin as a goal-oriented person who brings people together and doesn’t give up easily. “Even when things start to get tough, she keeps trying until she succeeds,” Thanjila said.

She said she admires Mahjabin’s determination and perseverance. “Her success has motivated me and many others to continue working towards a goal, no matter how small or big it may be, and to not give up. I’m glad that many female students in the engineering field can look at this as inspiration.”

Thanjila said being a female student in computer science can be intimidating. “There were several situations where I walked inside a full classroom and realized I was the only female student…I hope the female students who start questioning their STEM major will be able to look at Mahjabin’s story and not feel discouraged and realize they can make their dreams come true as well.”

Thanjila said Mahjabin is usually the person organizing get-togethers. She said they become closer after a day-long trip with other friends.

“We’ve celebrated achievements and milestones together. Now we’re celebrating Mahjabin’s success as she takes on this new role at NASA.” said Thanjila.

Mahjabin wants people, especially girls, to follow their dreams. “Always go after your dreams fearlessly. Don’t stop because someone else tells you cannot do it because you can,” she said.