Hamtramck High’s DECA Team are the Next Successful Graduates 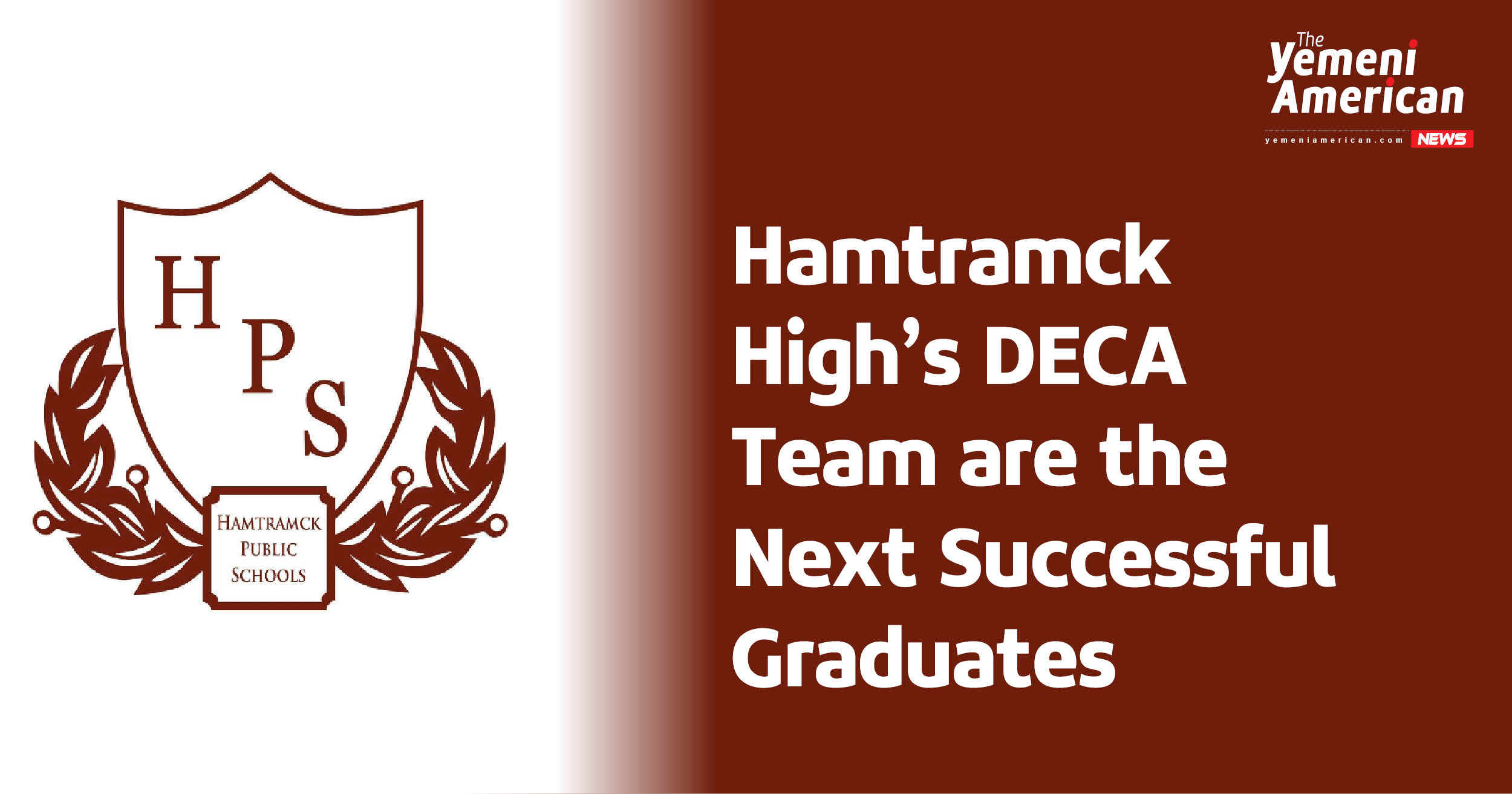 HAMTRAMCK, Mich. – Over this past weekend, students involved with Hamtramck High School’s DECA team went on to compete at the state-level competition. One of their advisors, George Hloros, spoke with the Yemeni American News about the team and what this program can mean for students.

George works alongside Rula Bilbeisi in preparing students for competition. The program itself is a competition that judges how students would handle a given scenario in business, marketing, or other fields of a prospective career.

Make no mistake, these competitions are difficult. In this academic challenge, students oftentimes spend all four years of high school honing the skills necessary to compete well against other schools. But if that wasn’t hard enough, students from Hamtramck High School can have a number of other challenges that makes competing more difficult.

“One of the things we’re so proud of our students for is we have students that are brand new to this country,” Hloros said. “And they come over here with very little English. And to present in a language that’s not your native language to a perfect stranger with only ten minutes of preparation, it’s scary, right?”

Hloros is a civics teacher. He teaches about history, government and economics. He explains that oftentimes, the material that’s taught in his classes can be seen as unpractical, but he invites these critics to see how DECA can show the practicality. Competitions can often show the real-world applications of these concepts as they’re used in everyday careers.

“So this program is meant to be something separate from school,” Hloros said. “But it’s meant to go with schoolwork and help it and give it more applications in the real world.”

Like most school programs, the COVID-19 Pandemic had its impact on the Hamtramck High DECA Team. While the team usually runs at around 60 students participating in the competitions, the current roster only shows about half the normal participants competing at events.

“We’re hoping next year to go back to the higher numbers that we had,” Hloros said.

Although Hloros is relatively new to leading the program, he has seen successful students come back to visit the community. Through Hamtramck’s Best and Brightest Program, Hloros meets students who often credit their time with the Hamtramck High School DECA Team as part of their path to success.

“We’ve had many DECA members come back that have been successful in business roles and careers,” Hloros said. “And many of them give credit to the program for things they’ve learned that has been valuable in their careers and in their lives.”

It might be no secret that Hloros sees the connection between success and the Hamtramck High School DECA Program. But he also sees the challenges that define many of Hamtramck’s kids as part of their strength in competition.

“70% of our students are ESL students,” Hloros said. “It’s our job to help them learn the language while respecting their culture and helping them succeed in life. And DECA is just an amazing thing for doing that.

“We’re so proud to see a student who comes with very limited English, by their senior year they’re up there giving presentations in front of two judges and they’re knocking them out of the park. And we’ve seen that happen pretty consistently.”

The students participating in Hamtramck’s DECA team just might be the next generation of successful Hamtramck graduates. In the meantime, the students keep working and the teachers keep guiding them.