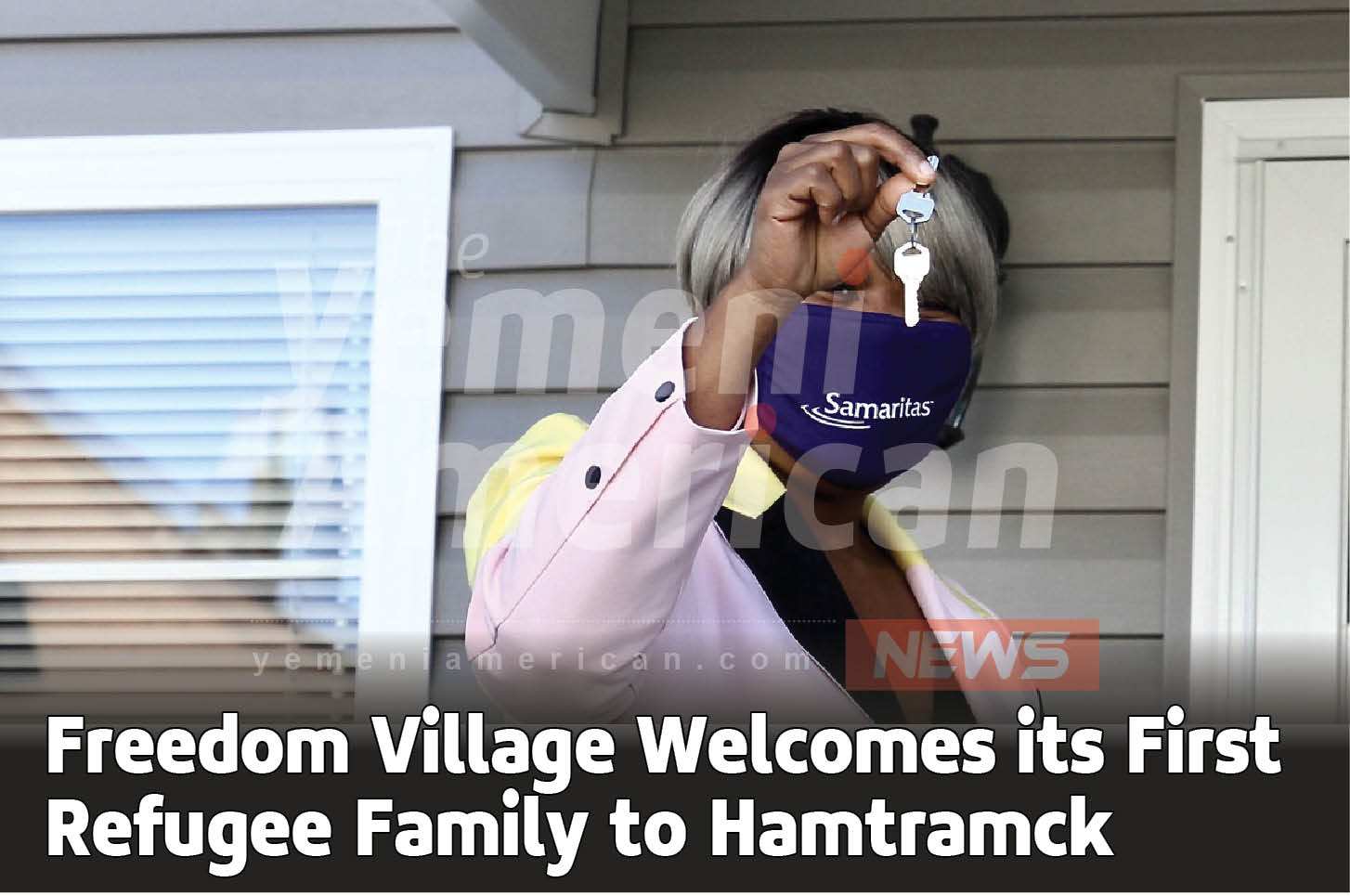 HAMTRAMCK, Mich. – The “world in two square miles” just got a little bit closer with the recent addition of six family-sized homes for refugee resettlement near the south side. The families were screened and chosen by Samaritas, a faith-based nonprofit that operates in Michigan, with the first family accepting the keys to their apartment on Oct. 8.

The homes for refugee families, known under the name of Freedom Village, are provided at a reduced cost to the families for the first year of their time in the United States. According to Khalil Rahal – assistant to the County Executive – this was an investment in the families and the communities they will soon be a part of.

“We really believe that immigrants and diversity, here in Wayne County, is our strength – the true backbone of our local economy,” Rahal said. “…We have found evidence that suggests that people who have immigrant backgrounds assimilate or migrate better communities that provide a variety of different services, and certainly Hamtramck is one of those communities.”

The homes began construction early this year. Originally the homes were supposed to begin accepting families back in July, but because of the Coronavirus Pandemic, construction deadlines were pushed back in order to comply with the State’s lockdown measures. Project manager John Carmody says that a lot of the process needed to be continually rethought as the pandemic progressed.

“It was just a challenge; I mean, even a lot of the material that we had selected and we had approved, when we went to order it after the pandemic, after we be started going back to work, it just wasn’t available,” Carmody said. “We had to pivot, you know, trying to find the same selection, maybe different manufacturer, cabinets, appliances, everything.”

Despite the change of date, the finished product provides everything that a family could need, says Carmody. “There’s a common area and there’s two doors. They have washer and dryer, hot water heater furnaces, they have all the other appliances. Dishwasher, stove, refrigerator, microwave. You know, the needs.”

Steven Flum, a Hamtramck-based architect, designed the homes that would eventually turn into homes for the refugees. In the design, he wanted to create buildings that would match the appearance of the rest of Hamtramck, a place that’s “very unique to the state of Michigan because it’s the densest city neighborhood in the state.”

“I like it because it has that true urban feel,” Flum said. “You can walk to the main street stores and shops. It’s really a true sense of a good urban neighborhood. It’s something we don’t really have around anymore.” 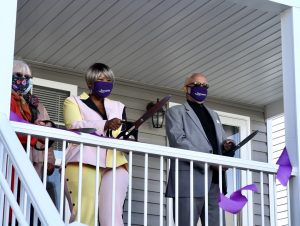 From Left to Right: Hamtramck Mayor Karen Majewski, a member of the resettled family, and Wayne County Executive Warren Evans cutting the ribbon to Freedom Village.

Families who will eventually live in the homes are refugees, oftentimes fleeing war and conflict-related trauma. The families were specifically chosen in order to provide the best chance of deserving families. Sam Beals, the CEO of Samaritas talked about how important this project was, despite its unpredicted setbacks.

“A primary determinant for mental health and physical health, emotional and social health, or anyone, including refugees is safe and secure and stable housing,” Beals said. “We know that’s going to be critical to their ability to thrive and assimilate well and be all they can here in this area and any other place around the country.”

Hamtramck is known as the ‘World in Two-Square Miles’ because of its continued acceptance of immigrant populations. Once known for its German population, the city soon gave way to an overwhelmingly Polish-American majority. Now, despite Census records saying that the city is 80% white, Hamtramck now houses a majority of Arab American and Bangladeshi American people.

“Hamtramck welcomes people from all over the world,” said Karen Majewski, Mayor of Hamtramck. “That’s kind of our historical tradition and that’s who we continue to be, as an essential part of our identity today. So the families that move in here are going to feel right at home and I’m sure that the neighbors will help make them feel at home.”