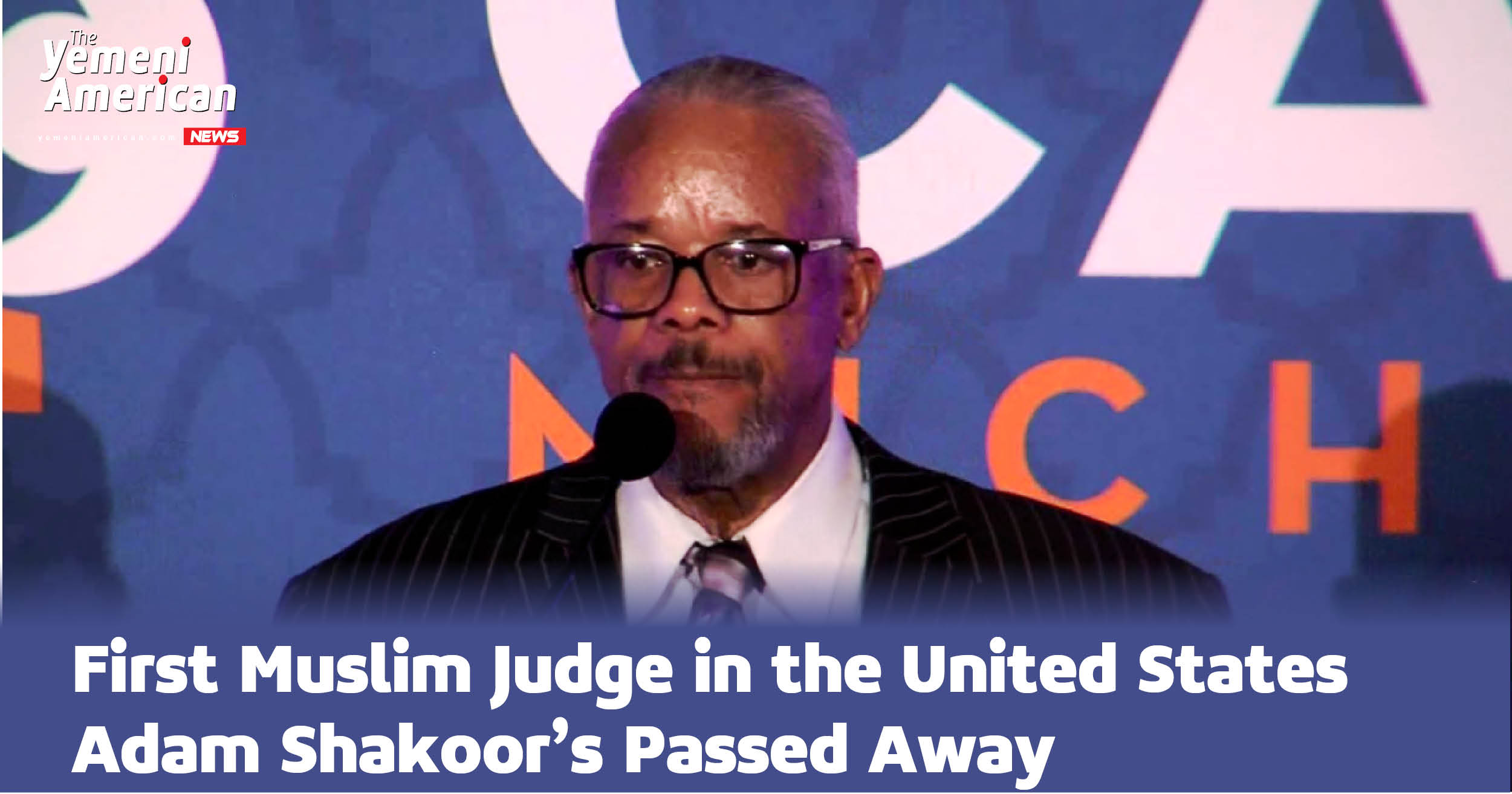 Detroit, Mich. – On Mar. 20, Detroit lost one of its most ardent supporters of equality and justice. Adam Shakoor, the first Muslim to be appointed judge in the United States, and the former chief judge for the 36th District Court, has passed away at the age of 74. His funeral was this weekend.

While attending Wayne State University, Adam Shakoor converted to Islam. His work to support racial equality in the city of Detroit also began during his time at Wayne State, at 18 years old.

“I was an activist in college,” Shakoor told the Michigan Chronicle last year. “I got my start in the mid-1960s… engaged in the effort to basically not be involved in Vietnam.”

“I first met my brother Adam when I joined a protest campaign that had been organized by a coalition of organizations comprised of Detroit citizens during the demolition of the buildings that occupied the area that is now the site of the Renaissance Center on Detroit’s downtown riverfront,” Edwards said. “Thereafter, our organized protest spread and encompassed virtually every new construction site and major corporation in downtown Detroit.”

Shakoor was also an ardent activist within his Muslim community. In 1979, Shakoor successfully represented Detroit Mosque Masjid Wali Muhammad over the right to broadcast the Muslim call to prayer (adhan). It was the first ruling that allowed the call in the country.

Also in 1979, Shakoor was in charge of litigation against the Michigan Department of Corrections (MDOC), leading to the first Muslim chaplain in state corrections to be hired.

“We mourn the great loss of Judge Shakoor, who was a mentor and an inspiration to Michigan Muslims and the civil rights community,” said Executive Director of the Michigan Council of American-Islamic Relations Dawud Walid. “We pray that Allah enters him into paradise and showers patience upon his family.

After serving as Chief Judge of the 36th District Court, Mayor Coleman Young asked Shakoor to serve as deputy mayor of Detroit. As part of this position, Shakoor developed the Boot Camp After Care Detention Program.

Over the backdrop of the Crack Cocaine epidemic that was terrorizing cities across America, Judge Shakoor saw many young men whose lives had been consumed by the drug. The Boot Camp program involved substance abuse counseling, job training and health education.

Shakoor was the son of Harvey and Esther Cadell, born in 1947. Harvey was a union leader and Esther worked for Durfee Junior High School as a teacher.

Wayne County Treasurer Eric Sabree has been a longtime friend of Shakoor and his family. After they both decided to stay in Detroit and raise their families there, Sabree said they would visit each other often, especially after elections.

“After every election, I used to go to his office,” Sabree said. “This is back in 80s and 90s. Because the next day after the election, I could talk for maybe 30, 40 minutes about what happened in the election. You know who won, who lost, why.”

When asked what Shakoor’s lasting legacy in the city of Detroit will be, Sabree told the Yemeni American News that it was his efforts to encourage a politically active community of Muslims in Southeast Michigan.

“Back in early ’82 or ’83, [Shakoor] formed the Community Action PAC,” Sabree said. “And it was striking, especially getting Muslims involved in the election process. And I can see some of the people who were there at the very beginning with us. Last election they finally – in Hamtramck especially – they got the absentee ballot data to a science. They got the get out the vote strategy – all stuff that Adam was talking about back then, in the early ‘80s.”

Inspiring the next generation of political leaders, driving what he called the “People’s Court,” running into the city’s challenges head-on, and even representing clients at the highest ethical standards – these are all the things that the city of Detroit remembers in Adam Shakoor.