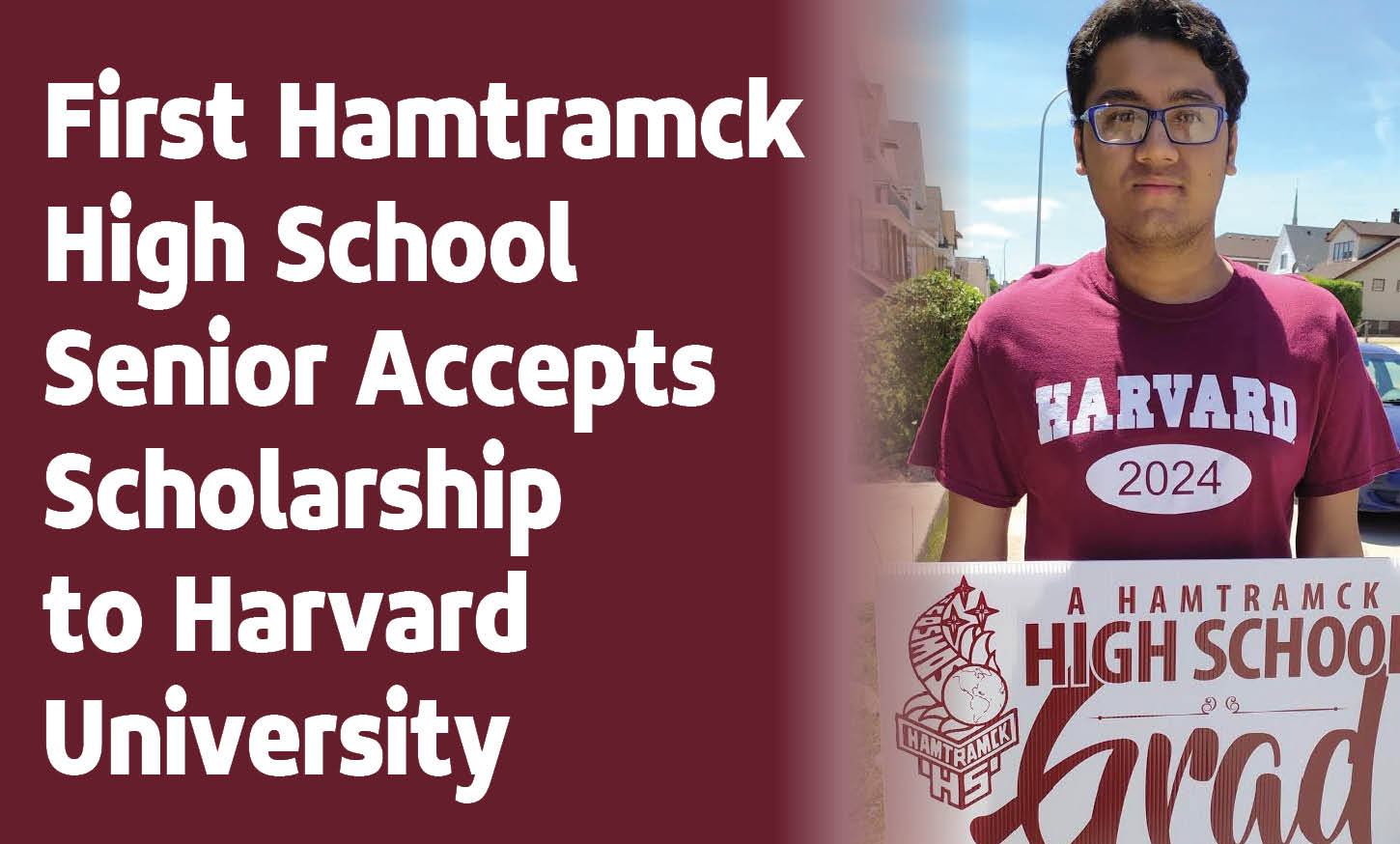 “Hamtramck is one of the most diverse places in the world” Rudra Barua said. It’s that diversity that may have set him apart during the college application process. Coming from a public school system where 16 languages are spoken, Rudra became a high-achieving student under his teachers at Hamtramck High School.

At the end of 2019, Barua was accepted to Harvard University, with a scholarship amounting to more than $300,000. He is the second to accept a scholarship from Harvard at HPS, but the first within the Bangladeshi community.

“Rudra is one of those students who really just stands out for all the right reasons” said Hamtramck High School Principal Chis Vraniak. “He participates in a lot of different extra-curricular clubs, he’s putting in extra time academically, and he’s someone who stood out for grinding to raise his SAT Scores.”

Barua’s SAT score happened to be 1560. The average score for 2019 was 1060, while a perfect score is 1600. Meaning that Rudra’s score on the SAT was in the top 1% of people tested according to the College Board, the organization that administers the SAT.

But it’s not a test score that gets someone into college. Quite a lot goes into the way universities decide who’s accepted and who’s denied. In Barua’s case, it really took more than being a good student to impress colleges.

Barua said he became involved with a program that connects low-income and high achieving students to educational and scholarship opportunities. The program, known as QuestBridge, helped him understand the importance of highlighting his background as an asset to university communities.

“A lot of these students who will go to these Ivy-League Schools, they don’t necessarily come from a diverse background,” Barua said. “So [college admission boards] really want to hear my story, my background.”

Superintendent of Hamtramck Public Schools Jaleelah Ahmed said that this diverse background is one of Hamtramck’s biggest assets for its students.

Rudra’s diverse background credits Hamtramck at its center. When his family first arrived in the city from Bangladesh, Rudua said he was still very young. But even from his earliest memories, he said he knew Hamtramck was home.

“My parents thought when they came to America that we wouldn’t necessarily fit in,” Barua said. “However, when we came into Hamtramck, we were already a part of this big community that already accepted us. And I always felt comfortable here, even though we’re a minority in America, we’re not necessarily a minority here because of everyone around us.”

Ultimately, it’s Barua’s relationship with his family that he says made the biggest difference in how he looked at school. He says his father would come late from work tired.

“And he’d go back the next day, every day,” Barua said. “I saw this, this work ethic. And it had a profound impact on me. I started to see what the American Dream was.”

The American Dream has a heavy influence on him. And he admits that it’s different from person to person. Barua’s is to help the people around the community reach the same goals that have been attainable to him.

And in Hamtramck, where poverty can be difficult to come out of and cultural boundaries exist for a few, Rudra says all this can stop people “dead in their tracks.”

“Now that I find myself in this situation where I did get accepted to an Ivy-League college, I want to be that type of person who, if my underclassmen want my help, if they want to dream big, I will help them dream big,” Barua said.

Having a student go to an elite university is important for a school district. In one way, it allows other students to see that it is possible. That people in the same circumstances were able to do it before. 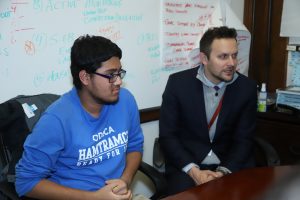 Rudra Barua with his Principal at Hamtramck High School, Cris Vraniak. According to Vraniak, Barua is the student with the highest scholarship ever received from any university from Hamtramck.

But it also produces an important piece in a growing network that can make connecting to those universities a lot easier. And Principal Chris Vraniak says that he’d like to foster that connection between the community and Rudra.

“I think my job going forward is to facilitate the use of Rudra to do things that he mentioned doing,” Principal Vraniak said. “To serve as a mentor, someone who can illuminate the path to get from point A to point B.”

As for career plans, Barua says his long-term goal is to help people like him. People from underrepresented backgrounds, children of working-class parents, or minorities within the United States. He wants to help people get the same chance that he received.

“I want to tell them they have a chance,” Barua said. “Just work hard and never give up and you’ll have that chance at life. All you have to do is dream big.”