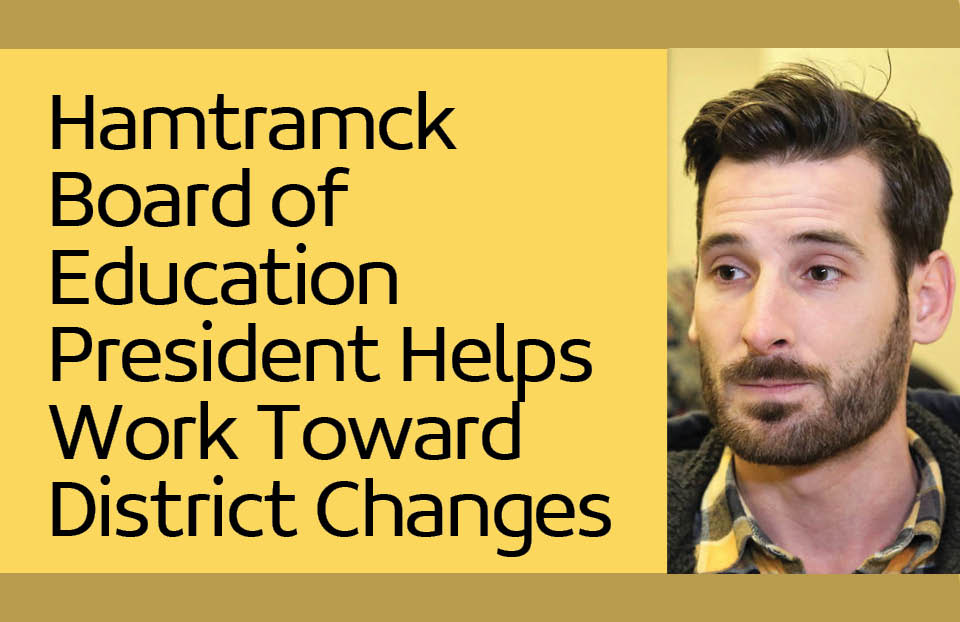 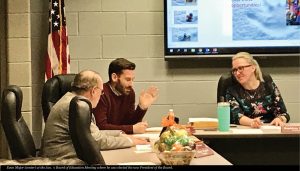 Hamtramck Public Schools is in a state of change. Goals are being refined and redefined, tactics are being reevaluated and values redetermined. It’s a process that involves students, alumni, staff and administrators who all are defining the goals they have for their Public School System.

But make no mistake, Hamtramck Public Schools is in a good place. It offers Advanced Placement classes and has exciting alumni who passed through its classrooms. One current student was even offered hundreds of thousands of dollars in scholarships from the most elite universities in the United States.
Its budget is in a powerful place for this sort of change, although Hamtramck Public Schools doesn’t have enough money to radically change its district. The new Board of Education President, Evan Major, says the District is working on getting that to an even better figure.
“We do have a very healthy fund balance as a result of shrewd budgeting and growing enrollment in the district,” said Board President Major. “However, there have been, and still are some decades old structural issues in the district for which an amount of money is needed far greater than any amount we have.”
But even this problem is being planned for. Major says this will involve partnerships, grants and the possibility of needing public support. But that’s not the Board’s focus right now.
The broader Detroit region is also in a state of radical change. The American economy is moving to a highly educated service-oriented marketplace. Manufacturing jobs are ultimately shriveling up and leaving the rustbelt cities where those sort of jobs used to pay well. And the district is working to catch up with all these changes.
They’ve convened a group of students and staff, alumni and administrators to redefine the goals of the school district within this radically changing economy. The goal, Major says, is to completely outline what the school district will do for its kids. This is in order to best foster the students’ growth as they aspire to jobs within a new and highly competitive marketplace.
This comes along with frenetic competition with private and charter schools that operate within the Hamtramck School District. During President Donald Trump’s State of the Union Speech earlier this month, the President called publicly-funded schools “failing government schools.” This illustrates the stakes at hand for Hamtramck Public Schools.
“It’s no coincidence that in low income communities, there is a wild west mentality where, often for profit, and nonprofit charter schools develop with no clear performance indicators,” Major said. “They’re not showing they’re any better than the traditional public schools and yet they proliferate and take away the focus from what should be about the wellbeing of students.”
It’s worth noting that students who attend for-profit charter schools in the Detroit Metro Area perform markedly worse than their publicly-educated peers, according to a report by the Stanford University based Center for Research on Education Outcomes.
“I’m gonna speak for what I think is the consensus of the board,” Major said. “And in the last six years that I’ve been on the board, there has been ageneral consensus that the way the state of Michigan both conceives of public education and funds is extremely flawed.”
According to a report released last year by Michigan State University, the state of Michigan’s public education funding is ranked 48th, out of 50 states. State funding is an important way for low-income communities to close the gap in funding, since many school district budgets are more closely tied to property taxes, rather than state or national taxes.
Evan Major wasn’t the only change in this year’s Board of Education. The team includes this year’s new Superintendent, Jaleelah Ahmed, who Major says became an essential part of the team for her work in radically improving the school district.
“Mrs. Ahmed is incredibly serious,” Major said. “And our Board is incredibly serious in supporting her.”
The Strategic Planning Committee, the group that was convened to redefine Hamtramck Public Schools’ educational goals, was formed at the behest of Superintendent Ahmed. It involves as many voices as possible in representing the district’s future goals for its students.
School Board President Evan Major was voted as the new President on Jan. 15 during a general meeting for the Board’s operations.
“It is truly a district and a learning community, unlike any other,” Major said. “New staff that come here from other school districts always are surprised to observe those stark differences in how serious kids and parents are about their education here.”