Detroit City FC: The Little Team that Could 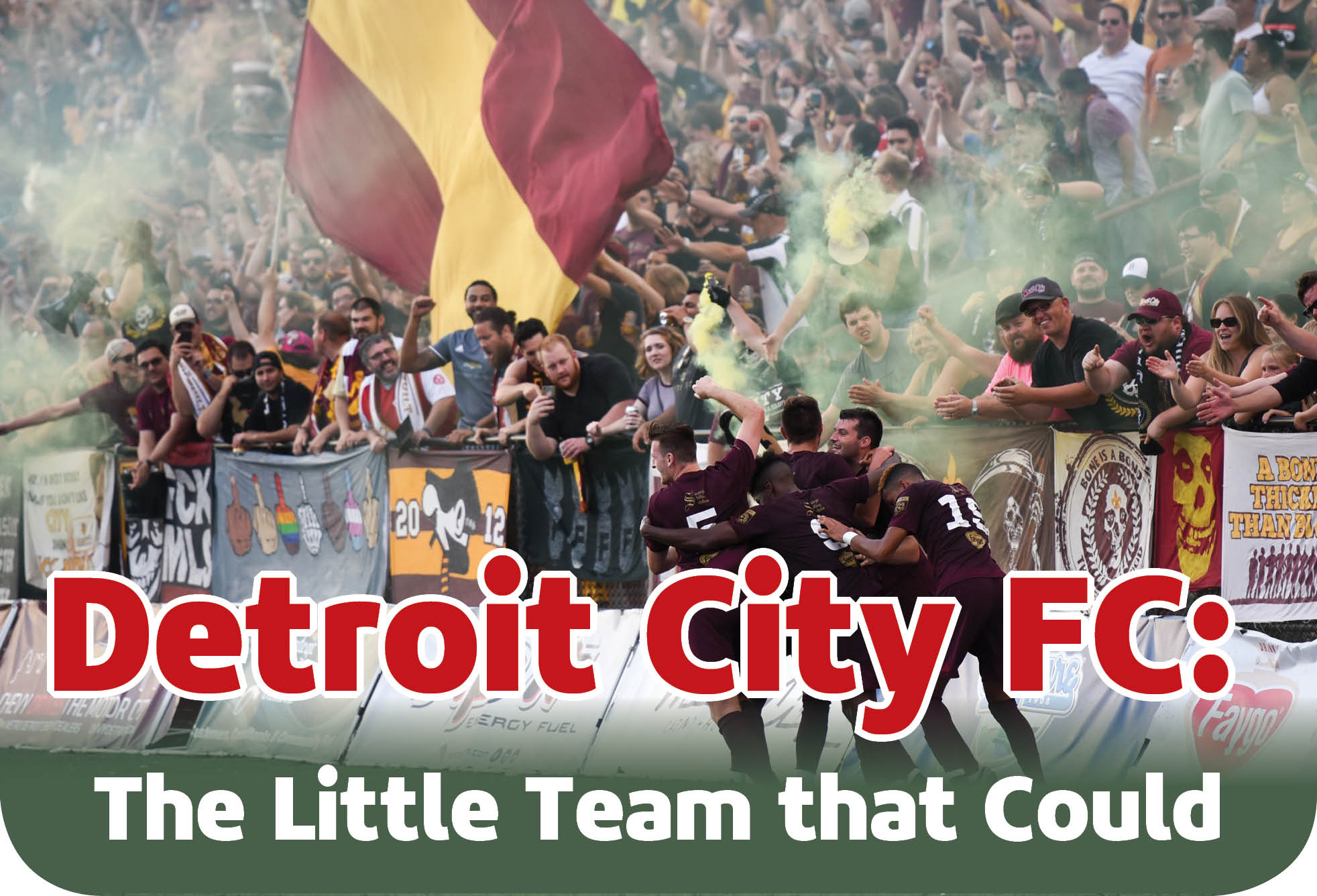 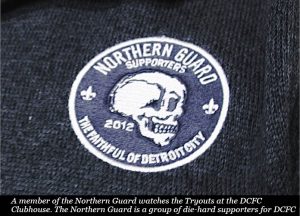 The mood before tryouts was serious. Every single prospective player was warming up and conditioning the accuracy of their kicks and passes on the small astroturf pitch.
Above them, the decal images stared down at the players reading “Cass Tech High: the field that changed the world” and “this is our city.” Someone said that the hundred plus players warming up on the field were about to try out for just two or three spots on the team.
Teams from Ann Arbor, Dearborn, Hamtramck and other towns came to the warehouse field behind the Mt. Elliott Cemetery for those one or two spots. And when the matches started, every single person played like they wanted a place on Detroit’s own Professional Soccer Team.
Detroit City Football Club started back in 2012. Originally a city-wide league, it grew into 36 neighborhood teams coming together to meet people from all over the city. But while the league brought people into the game. Sean Mann brought the league into a pro team.
“We had a really strong initial following right off the gate,” said Sean Mann, CEO of DCFC. “It was growing over time without a doubt.”
Back then, Mann was working in politics. He was juggling his responsibilities with the league and his work in Lansing. “Because of the popularity of that soccer league, myself and four buddies decided that Detroit needed a soccer team,” Mann said. “And so we pooled some money between the five of us. But I kept working politics until two years ago.”
The first time a Detroit team played together, they competed on the soccer fields of Cass Tech High. But as the support for DCFC outgrew its own field, the team eventually moved to Keyworth Stadium in Hamtramck.
That support comes from a group called the Northern Guard. Some members, like the Northern Guard Drum Corps are just as much a part of the show as the players. Others boast going to every single game, with the intimate knowledge of the team that comes with it. Needless to say, the nearly 7,000 fan average at each game last year is a group of die-hard supporters.
“I’ve always been drawn to that culture standing around teams and the support teams have, Mann said. “And that’s what interests me about the sport. So I started a recreational community soccer league as community organizing. Soccer was just the vehicle. It wasn’t about soccer, it was about getting neighbors together and starting DCFC.”
This year, the team is about to start its first season in a professional league. Meaning the soccer players are professional and the coaching staff all make this the most important show since Detroit’s old teams, like Detroit Express, shuttered to the fans.
Mann says the changes to the team won’t be entirely dramatic. DCFC will still be playing many of the teams from its past seasons. But on the team roster, the recruiting has gone to the big leagues.
“My phone doesn’t stop from agents calling me, telling me how many players they have,” said Head Coach Trevor James.
Back in the tryouts, James watched all the players carefully. Throughout the games, his eyes fixated on the movements of the players. He says he’s looking for how people play. What he wanted from the tryouts is someone who knew what to do with the ball before they accepted the pass.
“That’s a trait we look for because that means if they could do that, they can play at a quicker pace,” James said. “And better players will play at a quicker pace.”
At the moment, the DCFC roster needs players from a general talent pool. James is looking at filling any position for the new season.
“When you have a tryout in a small sized facility like this one,” James said. “It’s basically looking at different traits, different balance. First touch, awareness. Movement. How you play the game.”
In the world of Detroit Soccer, no doubt the DCFC changed the way that this city sees the sport. But while our team continues to work further and further toward a world-class game, the people who started it all will always remember the meaning of the game.
Whether it’s the culture, the skill of the players, or the memories that build the teams around them, soccer is a sport well-loved throughout every country, every identity, and every livelihood.
“It’s a world sport,” Mann said. “And it’s a sport that’s played by so many different people with different languages, people with different backgrounds across the globe, you know? Rich, poor. Born in America, Immigrants in America. It doesn’t matter because soccer crosses all of those divides. And that’s part of the reason why we love the game.”

The first home game will be on Mar. 21, at Keyworth Stadium in Hamtramck, MI. 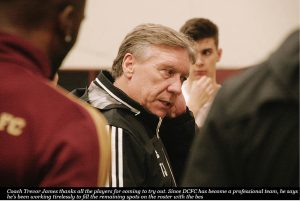 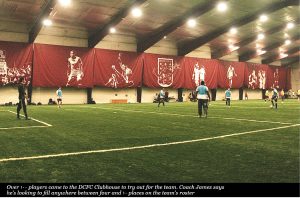