Dearborn Reacts to Terrorism, Chaos at US Capitol 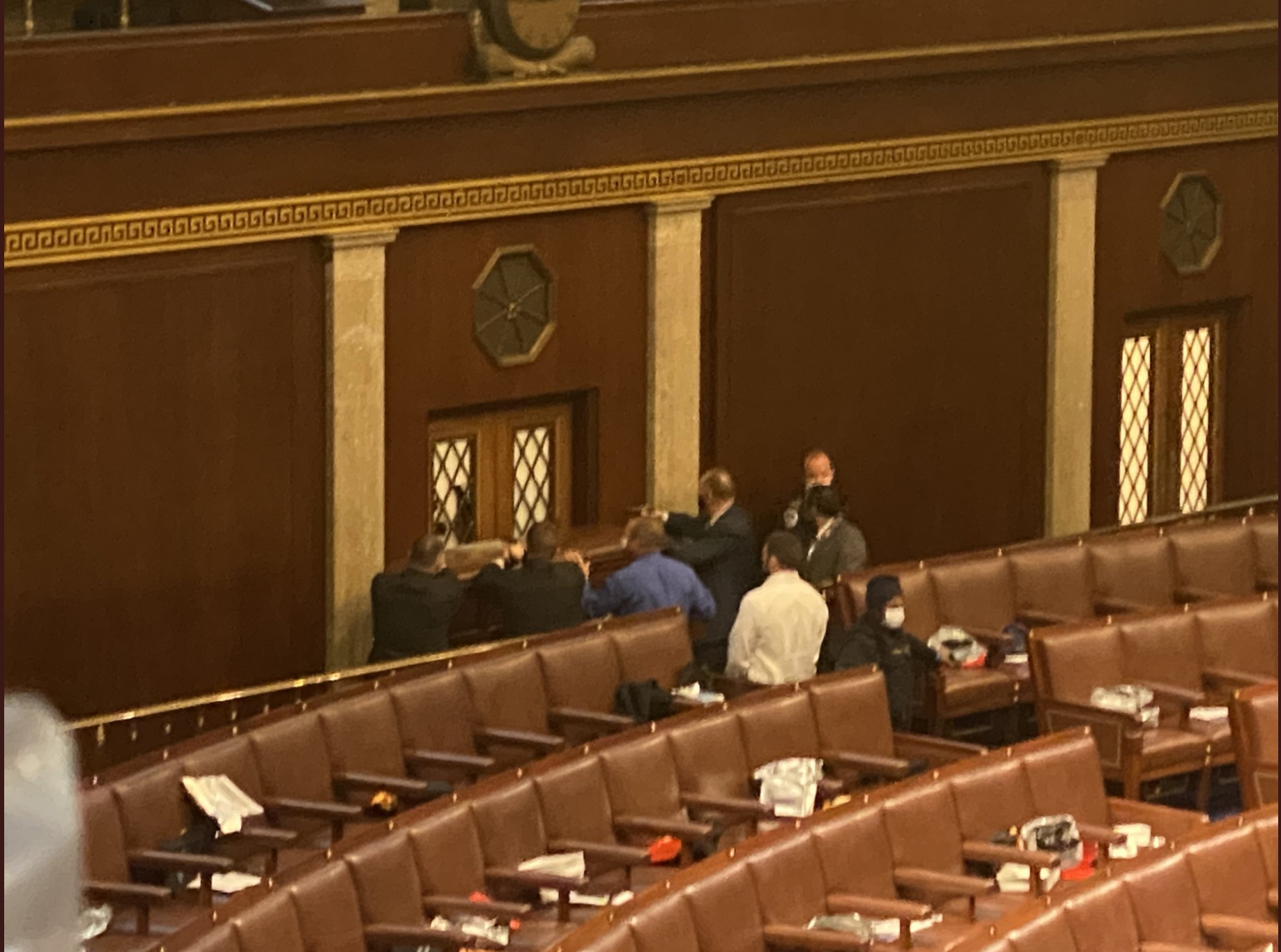 DEARBORN, Mich. – Community leaders and elected officials from the Dearborn area reacted with shock and dismay as pro-Trump insurrectionists broke into the United States Capitol building to terrorize and shut down Congress as they formalized the electoral college win of President-elect Joe Biden.

“This isn’t the America I know,” said Rep. Debbie Dingell. “Shots have been fired. Bombs have been found. Tear gas has been used in the Capitol. And people, including Capitol Police, have been hurt.”

Dingell’s counterpart from Detroit, who has a big presence in Dearborn’s Arab American community, spoke up forcefully against Trump’s behavior.

“This is on Donald Trump, period,” said Rep. Rashida Tlaib. “He called folks to D.C. and gave them marching orders. He needs to be impeached and removed immediately.”

Legislators closer to home also called out the terrrorism that occurred at the Capitol.

“It is not enough to hold accountable the domestic terrorists whos tormed the Capitol. We must also hold accountable the countless officials who publicly planned to oppose the results of a free and fair election, and who incited today’s actions, beginning with Donald Trump,” said Rep. Abdullah Hammoud.

Local elected officials also spoke up about the insurrectionist violence at the Capitol, and reflected on the way it dampens the United States’ respect around the world.

“It was a sad day for America, and as an American I am embarrassed at what people around the world are thinking of us,” said Hussein Berry, President of the Dearborn board of education. “I was impressed with the President-elect’s statements: This is not who we are.”

Berry acknowledged that the experience was shocking to many immigrants in Dearborn, many of whom are shocked to find the United States experiencing so much instability.

“My dad is an immigrant and he was asking for my thoughts, and I told him that this last four years was a test of our Democracy and we are going to be fine. Moving forward, we need to start thinking about the country before the party,” said Berry.