Darany to Donald’s Dupes: “You Only Get One Vote” 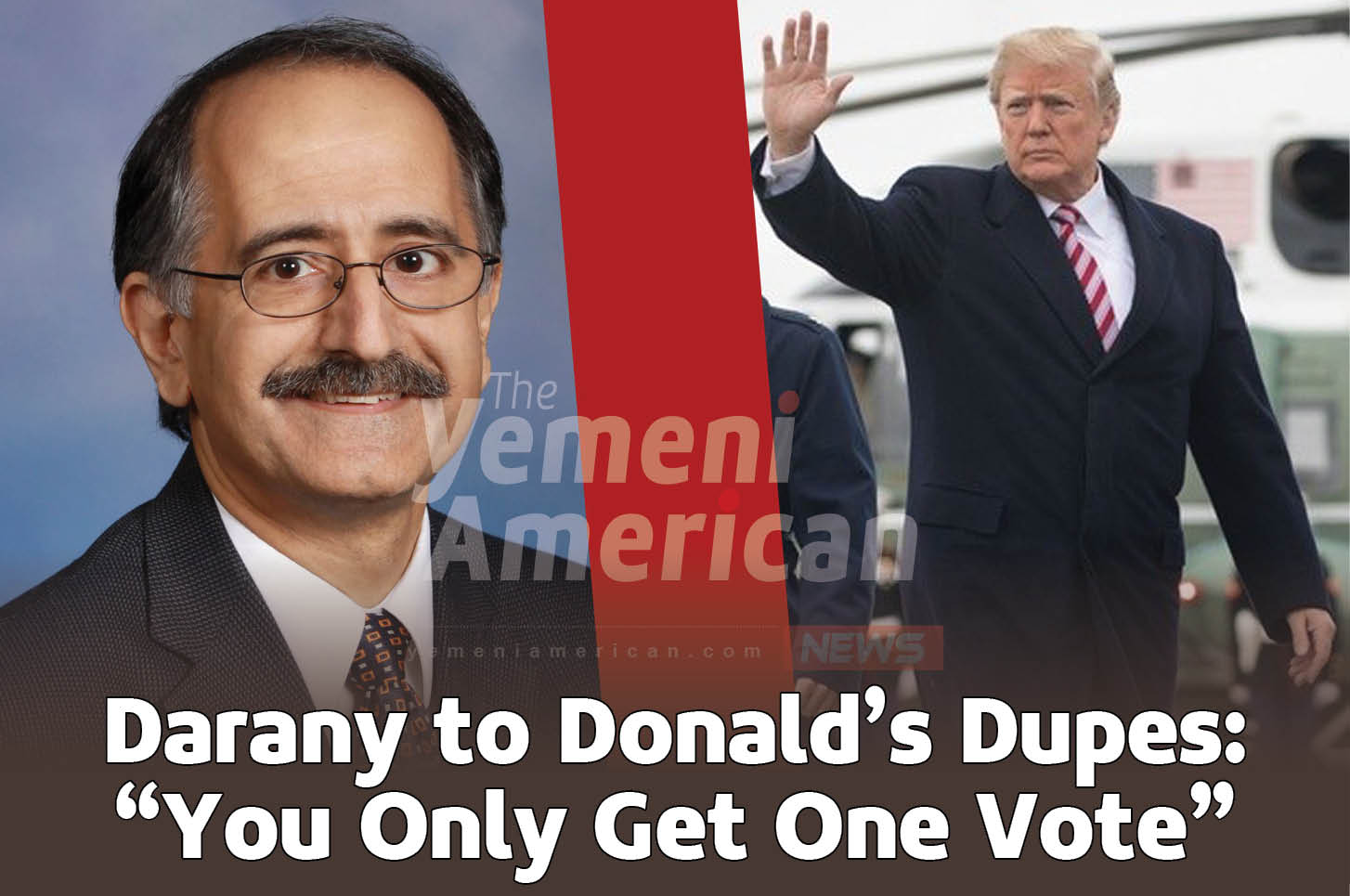 DEARBORN, Mich. – After the President made statements asking his supporters to vote by mail and then attempt to vote in person, an illegal act if done intentionally, Dearborn’s city clerk wants voters to know there are better ways to check if their absentee ballot was received.

President Donald Trump said on Wednesday, “Let them send it in and let them go vote, and if the system is as good as they say it is, then obviously they won’t be able to vote.”

Dearborn City Clerk George Darany said his elections staff are trained in how to flag when a person has already received an absentee ballot, and they will catch it before giving a person a ballot

“They’ll see it immediately, and I’ll make sure [elections workers] get some extra training to screen for if this happens,” said Darany. “If someone wants to know whether their ballot was received [prior to the end of the election] they can go to www.michigan.gov/vote to see if their ballot arrived.”

If voters want to see if their ballot was counted after the election, Darany said they can call his office and ask. As to what happens if somebody walks into their polling place demanding to get a ballot after they’ve already voted absentee, Darany wanted things very clear:

Dearborn voters reacted with rage towards the President’s obloquious oratory.

“If he is using his position to encourage illegal activity then the affected states should sue him for it,” said Fatooma Saad. “As far as November – I’m not calling anything until the ballots are counted.”

Patty Hoover, also Dearborn resident, said she felt that those who try to vote twice should be charged for the offense. Darany says charging people for such a crime might be more difficult than that, though.

“It’s hard to ascribe intent,” said Darany. “Sometimes people forget they had requested an absentee ballot, didn’t see it in the mail and vote in person. Often this stuff happens and it’s harmless. It’s very difficult for us to prove that someone intended to vote twice.”

Mariam Amen, who says she volunteered as a poll worker during the recent primary election in Dearborn, said she felt the policies put in place by the city clerk will protect the public from election fraud.

“If the city clerk [system] says that their ballot has already been received, they aren’t allowed to be issued another ballot,” said Amen. “I do think they should face consequences if they try to vote twice intentionally, but it might be difficult to prove intentions.”