City United: A Team of Champions 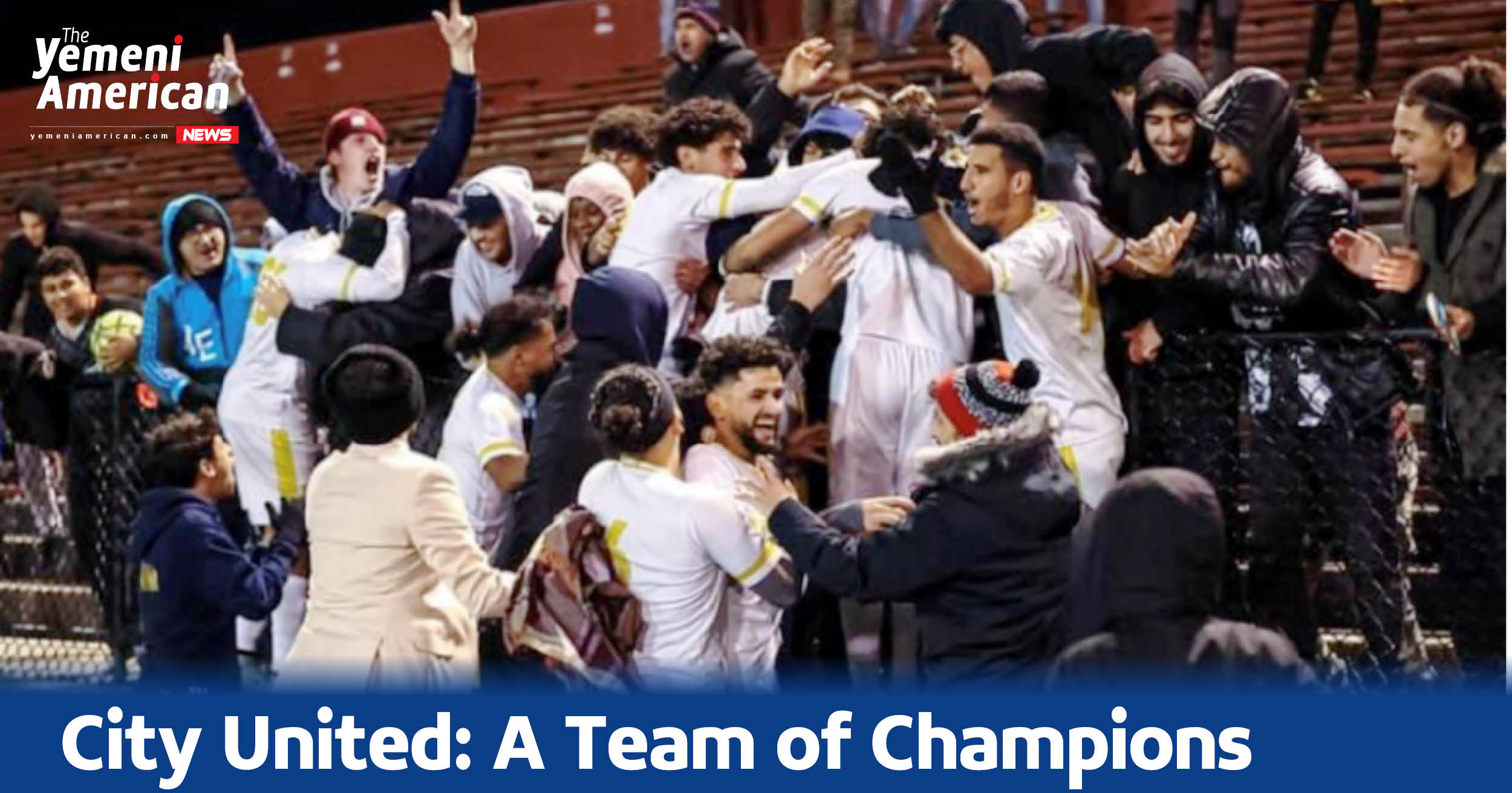 The City of Hamtramck has a couple of soccer teams playing in it who are doing big things around the country. Many of you have heard about Detroit City F.C, the professional soccer club that plays at Keyworth stadium.

The question is ‘have you heard about City United? If not, then you need to get on board.

All they do is Win!

We asked Coach Hesham what made the team so successful. He said, “The most important thing to me is when we decided to recruit more talent and have more depth on the team. Nothing was given to us, everything we did, we earned it. Everyone counted us out but our hard work and passion for the game made the difference.”

Assistant Coach Hasan Daoud said the team was successful because, “It came down to game management. We tweaked the formation multiple times throughout the season depending on our opposition. We were always looking to unbalance the other teams. And most importantly, our team was feeding off of previous match day experiences. Every game won was a confidence booster going into the next match.”

According to coach Hesham, a player who had a great season for City United was Albaraa Alsoufi. Albaraa is the captain of the team and played Central Midfielder. He finished the season with 4 goals and 2 assists (he missed some time due to injury).

Albaraa said he was picked as the team captain because of his leadership and attitude towards the game.

“Honestly, we had a bad season and fell off during the spring,” Albaraa said. “The team spirit was down, morality wasn’t high and we needed a person who was going to emotionally lift the guys up and stay positive. I was the player that stepped up and kept the team spirit up. I just kept on telling the team to focus on what’s ahead of us and to not look at the past too much.”

Assistant Coach Daoud said, “The backing of your community is everything, especially in football. In the football world, they say your supporters are the 12th man. It’s like having an extra player on the field. The confidence they give you is second to none and we appreciated everyone who supported us this season. I think it’s important we act in a professional manner in front of our youth as well. They look up to our guys and want to be like them someday and I think that’s key.”

Captain Albaraa added, “If our own community doesn’t support us, then who will? This season couldn’t have happened without all of the fans coming out to each home game cheering us on. The fans played as the 12th man for us and it helped us get through our toughest games. Their support was massive and its always an advantage to have your community behind your back!”

We asked Coach Hesham what were his expectations for the team in the next five years. He said, “I’m hoping 5 years from now we would be able to find investors who are willing to work with us and try to establish a successful semi-pro club, if not a professional team, in the heart of our community [Hamtramck].”

Coach Hesham closed out the interview by saying, “We want to say thank you to all of our supporters who attended our games and gave us that push to help us finish the season undefeated at home. A special thank you to all of the players who were a part of this journey as well. No words can describe how thankful I am that I was able to coach them and guide them. This is not the end, it’s just the beginning.”

On the behalf of The Yemeni American News, we want to say congratulations to City United on a successful year!