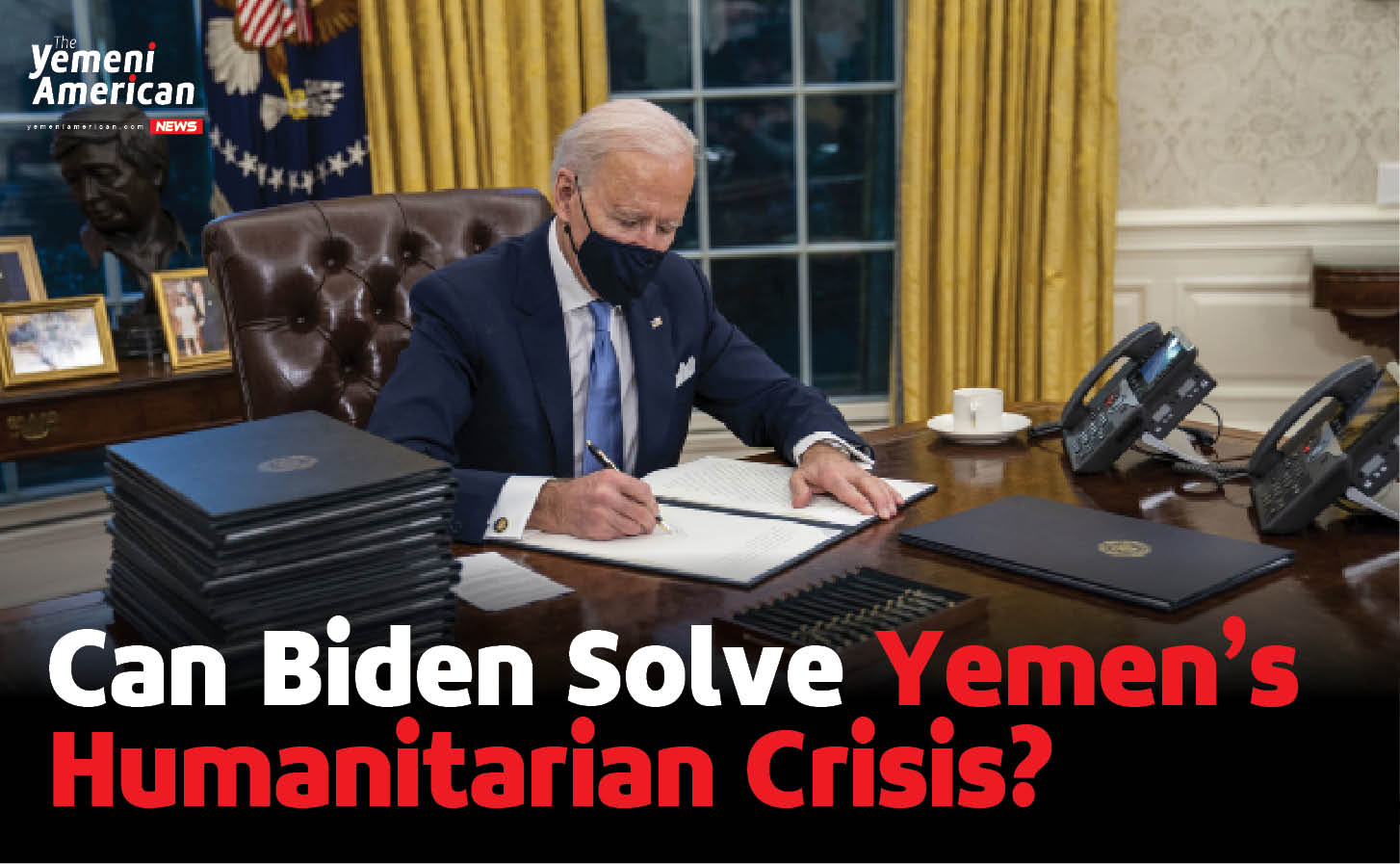 Within the complex network of actors in Yemen’s conflict, few show signs of reclaiming the country’s decimated political system or economy. In the hundreds of thousands, the civilian population pays the heavy price of the conflict through starvation, vulnerability to the warring factions, and massive poverty. It’s a conflict that didn’t necessarily start with the United States, but some are optimistic that it could end with action from the Biden Administration.

After four years of disastrous neglect from the Trump Presidency, Biden has renewed a sense of urgency for America’s role within the International Community. Although his agenda has priorities like the COVID-19 pandemic and racial justice in America as leading his policy, there’s still attainable progress that Biden could make in safeguarding the future of stability in Yemen.

But as the process moves forward, the risks for the country’s civilian population and stability throughout the region are making this an exceedingly difficult endeavor to undertake, with no clear benefit for the United States’ foreign policy goals.

However, Biden has made the effort during his campaign to reach out to stakeholders, such as Yemeni Americans, to show his promise in trying to end the conflict in Yemen. As explained by Foreign Policy expert Brian McKeon, who served as deputy National Security Advisor for Vice President Biden, the incoming administration has a clear plan for their efforts in the country.

“He has made clear first that he will end support for the Saudi and Emirati war in Yemen,” McKeon said. “Obviously, this started during the Obama Biden administration when the United States provided certain degrees of support to the Saudis and the Emiratis. But when Biden becomes president, we’re going to push for a negotiated solution, working closely with the UN Special Representative in using our own diplomatic engagement and power to push for a resolution of the conflict.”

As a former Armed Groups and Regional Expert for the United Nations Security Council, Fernando Carvajal has maintained an interest in resolving the Humanitarian Crisis in Yemen. Having worked closely with the Security Council’s Panel of Experts on Yemen, his prescribed peace plan for the country takes a similar focus to McKeon’s on diplomatic efforts, rather than intervention.

The challenge from Carvajal’s point of view is that the diplomatic efforts will need to engage the complicated network of powers that are driving the conflict – Saudis, Emiratis, Houthis, Southern Secessionists. Although this is currently being attempted by United Nations Special Envoy to Yemen Martin Griffiths, Carvajal thinks that a Biden delegate would do the job better.

“Biden has to come in and say, a solution to this conflict is a benefit to everyone,” Carvajal said. “Even without the intrinsic humanitarian point of view that we need to end this conflict for the better of the 30 million Yemenis, you can take the approach that solving this conflict is in the benefit of everyone, because then everybody can get into the business of real business.”

In these diplomatic efforts, Carvajal calls for diplomatic efforts among every power that’s now become involved in the Yemen Conflict. This calls for working with the Houthis as well as cutting military aid from the Saudi Coalition. With a democratic majority between the white house and the legislature, Carvajal is hoping to see this effort begin before the next election. “That’s what I need to see from Biden in order to remain optimistic,” Carvajal said.

The Biden Administration is already moving ahead

With congress showing its support for cutting military aid for the Saudi-led assault on Yemen’s northern border, the Biden Administration is beginning action on the Yemen Conflict. As Representative Debbie Dingell, whose constituency covers a sizable Yemeni American population in Southeast Michigan, the mechanisms are moving toward these diplomatic efforts.

“Last week, Secretary of State-designate Antony Blinken made clear that the Biden Administration will end support for the Saudi Arabia-led military campaign in Yemen and instead choose a path towards peace,” said Dingell “For years, I have led Congressional efforts to end U.S. military actions in this region and I will hold the Biden Administration accountable for their promises to do just that.”

As Yemen Historian Kipp Cozad explains, ending sales to the Saudi Coalition has now become the easy part. Moving forward, the Biden Administration will need to address the need for a trusting ceasefire in order to move aid into the country – something that’s among the immediate needs for the civilian population of Yemen.

“After you’ve got to that point, then you have to return to the demands of the people,” Cozad said. “The reason they took to the streets in the first place in Yemen was to get rid of corruption… So, it’s a steep hill to climb. And it’s exceedingly complex. Whenever you’re talking about Yemen, you’re talking about all these moving parts.”