Bernie Sanders Bets Heavily on Michigan for Taking Back the Lead 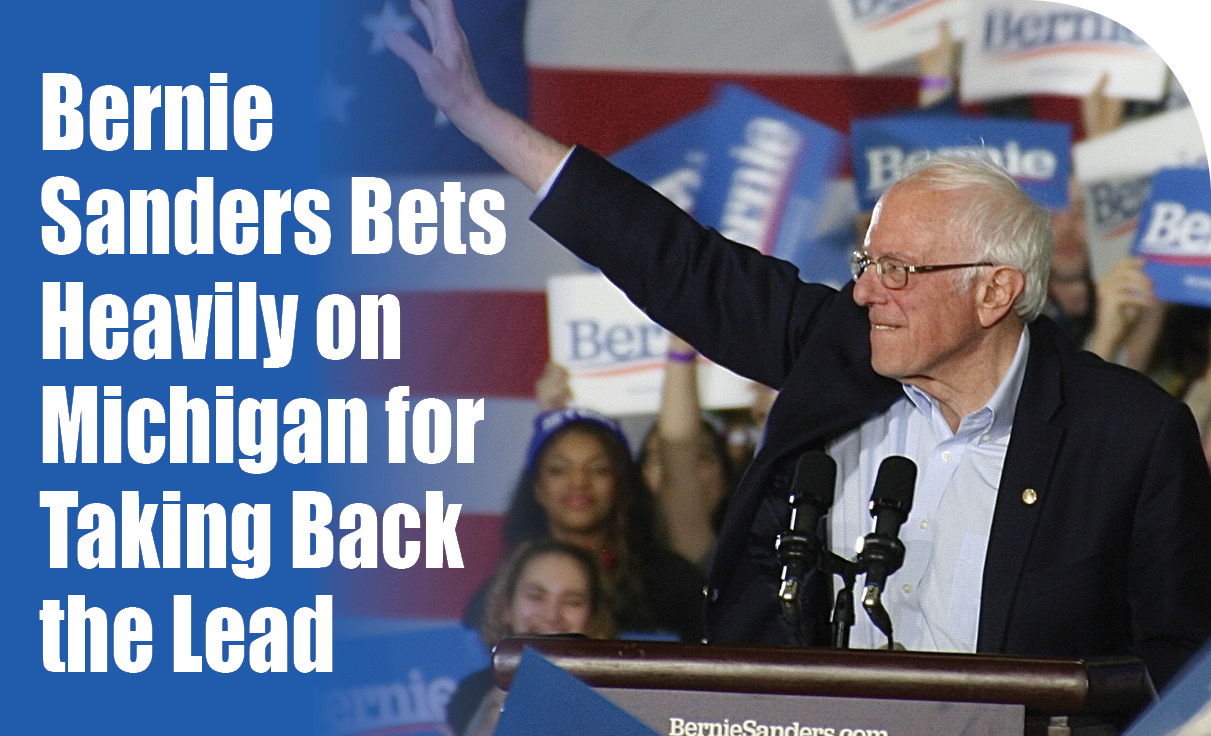 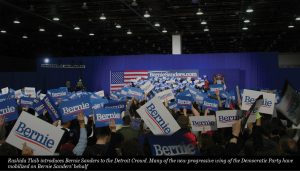 Bernie Sanders just held two of his Michigan rallies in Detroit and Dearborn. Stateside Leaders like Rashida Tlaib and Abdul El-Sayed introduced him, among other leaders. The events came ahead of the Mar. 10 Michigan Primary, and just after a Super Tuesday Performance that set Sanders in second place for the race of delegates.

However, his intense focus on Michigan shows he’s gambling on the state to take him back to the frontrunner position. 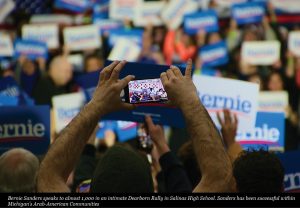 Betting on the Numbers

Michigan is one of six states that will be voting on Mar. 10, along with Idaho, Mississippi, Missouri, North Dakota, and Washington. However, the four rallies he’ll have in Michigan may point to an added focus that the Democratic contender is working on: Delegate Count.

Michigan has 125 delegates at stake for the two contenders. That’s 36 more delegates than the next highest state voting on Mar. 10. Ultimately if Bernie Sanders can win Michigan, and break even in all other states, he could break Joe Biden’s lead.

The focus between the campaigns is stark, with Joe Biden waiting to visit Michigan until the day before primaries. Biden will visit both Grand Rapids and Detroit on Mar. 9 for two rallies in one day.

Instead of heading to Michigan over the weekend, Biden has been sending others to speak on his behalf. Speakers like former Secretary of State John Kerry have been visiting the state on Saturday and Sunday. Kerry was SoS under the second Obama presidential term, showing that much of Biden’s campaign is centered around Obama-era Nostalgia.

By many estimates, it’s the young people moving to Michigan’s larger cities that stand to be most receptive to the Sanders Campaign’s grassroots tactics. However, South Carolina may have shown that Bernie Sanders will struggle with the African American vote, a necessary component to break into Detroit’s majority of voters.

Detroit is around 80% African American. Many campaign speculators argue that the loss in South Carolina was largely due to the Sander’s Campaign’s lack of appeal among African American Voters. And Detroit may be the test for whether this issue will define the rest of his campaign.

In terms of other demographics, the Suburbs have seen a consistent growth despite reports of a renaissance in Detroit and other Urban areas. Oakland and Kent County have seen a population growth in recent years that could prove to be a challenge for the Sanders campaign.

Voters in suburban areas have been leaning toward Joe Biden in recent primary elections. The Associated Press argues that this is because of Biden’s moderate political stance. Although some are more aligned with Bernie’s ideological stance, Biden is being seen as a safer bet for when the general election comes.

With most of the closest candidates dropping out in the past week, the race has become a head-to-head competition between Sanders and Biden. Both candidates have come to represent the proposed directions for the entire Democratic Party.

After the “Blue Wave” of 2018, new figures like Alexandria Ocasio-Cortez have emerged as a more progressive wing of the Democrats. Those progressives have publicly spoken in favor of radical changes like Universal, Single-Payer Health Care and a Green New Deal. And Bernie Sanders is seen as a figurehead of this group, benefiting from most of their endorsements as well.

Joe Biden has come to represent a sort of “old guard” for the Democratic Party, rallying on ideals such as reaching across the ideological aisle for compromise between them and the Republican Party. Many have seen Biden as a safe choice when it comes to moderate politics, as well as beating Donald Trump.

Many polls show a sizeable portion of the United States’ population having a distaste for a self-described Socialist as president. And while Bernie Sanders’ ideology is vastly different from the Stalinist Socialism of the Cold-War Era, people still respond differently to the word itself.

It’s important to note that there is no unanimous consensus about who’s more likely to beat President Donald Trump in the general election. So right now, the most important area of focus for voters is to research which candidates fit the issues that they care about most.

As of right now, the Sanders campaign has put the work into building a strong base in Detroit and its immediately surrounding communities. The first two Rallies of the weekend showed over 7,000 in attendance, with many people being turned away because the venue couldn’t fit them.