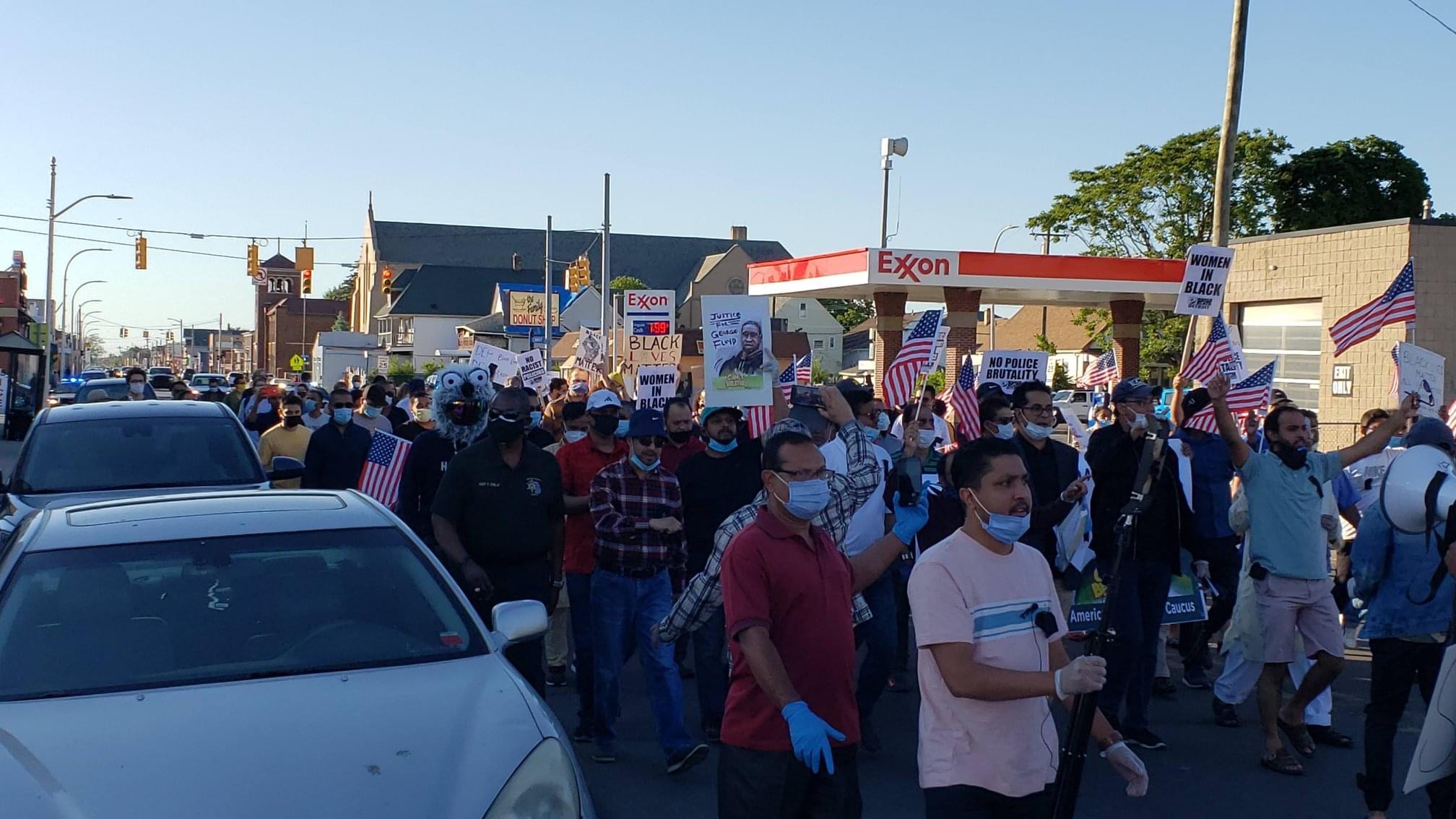 Hamtramck, Mich. – Since the killing of George Floyd on Memorial Day, 50 states and dozens of other countries have taken to the streets to protest police brutality. The phenomenon – as part of what demonstrators call a part of systemic racism in the United States – disproportionally affects African Americans and other minorities in this country.

According to mapping police violence, an aggregator of national reporting agencies, the United States has not seen a year with less than 1,000 deaths while in police custody since the reporting started in 2013.

Hamtramck can now be added to the list of the other hundreds of cities with demonstrations against police brutality.

Members of Hamtramck’s Bangladeshi community recognized factors even before the Bangladeshi American Democratic Caucus first started planning for a rally in Hamtramck a few weeks ago. During the planning, the protests in Detroit were becoming violent, and many people were anxious about organizing a protest in Hamtramck.

“We didn’t know who was coming and joining the protests,” said Kamal Rahman. “And this might put a bad name on Hamtramck.”

The march started at Aladdin restaurant, a restaurant that specializes in Bangladeshi dishes and sweets. Photos show that around 50 to 75 people marched from the restaurant to City Hall, where people like Rahman and State Representative Candidate Abraham Aiyash spoke in front of building.

“For example, the freed slaves in New York created a small community seven blocks by two blocks,” Rahman said. “You know, originally it was built over time, of course, and it used to be called Seneca village. That was Upper Manhattan, where you know, rich people lived on the lower Manhattan. And Upper Manhattan therefore, was the village for freed slaves.

“They were building homes, churches and schools. However, the city administration, they were worried about a black community, they’re building a community of their own. So they found an excuse to build a park that will incorporate that neighborhood. So the neighborhood was destroyed and that was there in 1855.”