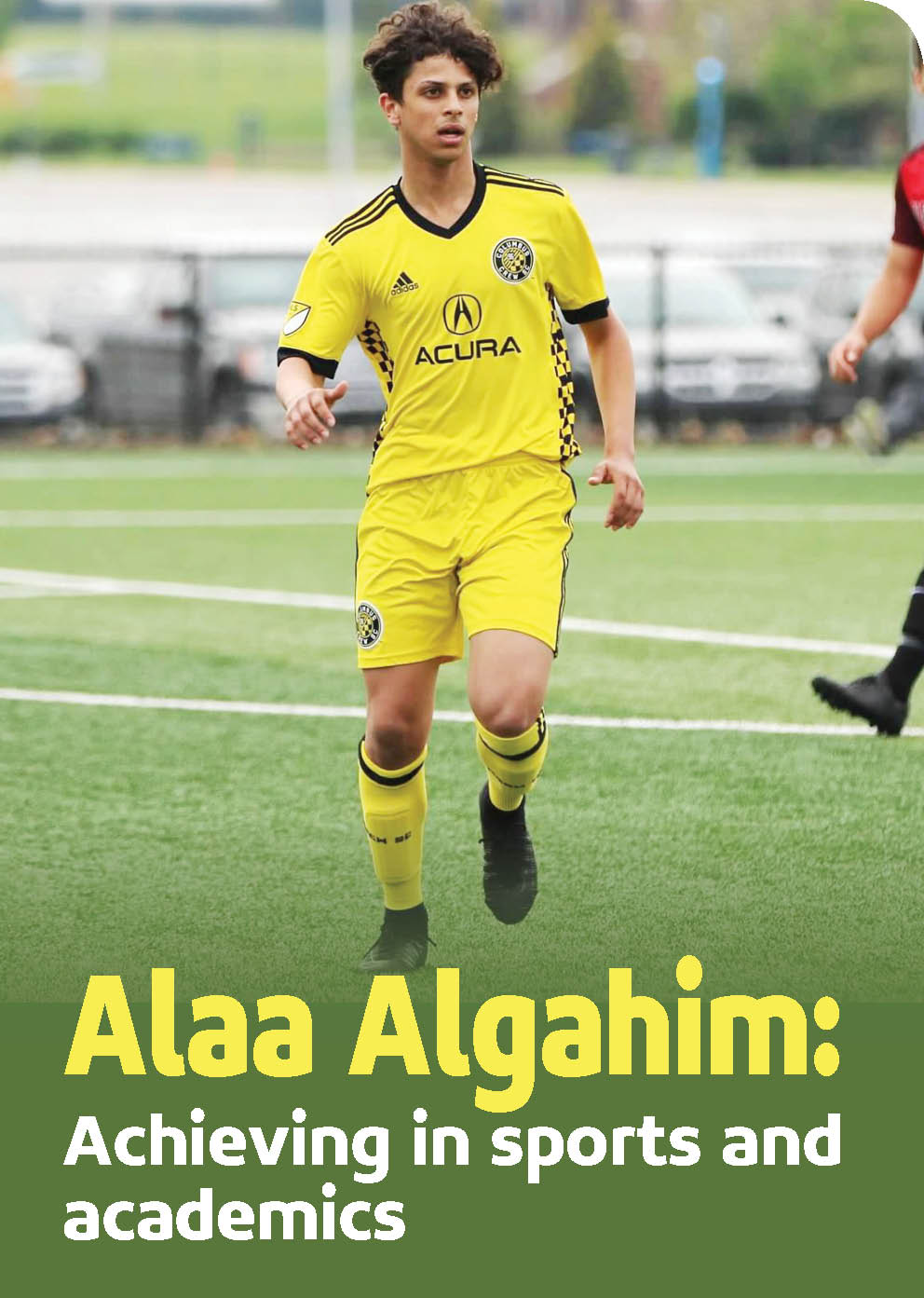 At the end of each academic year, schools around the country organize honors nights and graduation ceremonies to recognize the accomplishments of their students. This year more than any previous year, Yemeni American students are graduating with academic honors, especially in the cities of Hamtramck and Dearborn, Mich.

Many of them are receiving high grades and scholarships at distinguished universities.

In this issue, we highlight football star Alaa Algahim, who graduated from high school in Hamtramck with a GPA of 3.5 and received a full sports scholarship to Michigan State University.

Algahim has been playing soccer since childhood with the encouragement of his father.

Algahim said,“If it was not for my father’s constant encouragement for me, I would not have joined the prestigious [Wolves] soccer academy and received the full-ride scholarship to Michigan State University.”

Wolves Academy is one of the two major soccer academies in Michigan and is affiliated with the University of Michigan. 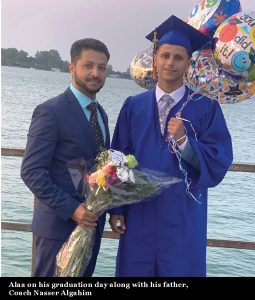 Alaa’s father, Nasser Algahim, is a well-respected soccer coach in the City of Hamtramck.

Nasser Algahim said, “we chose Michigan State because it is a strong University and at the same time close to us in proximity… [Alaa’s success is due to] a daily and weekly effort throughout his childhood and youth years.”

Alaa said his father’s presence made a big impact in his life.

“I started my career as a follower of my father’s career, and I was always with him at almost all his games,” said Alaa Algahim. “I later then became a player on his team and he never stopped encouraging me to do better.”

Former Yemeni National Youth team player and publisher of the Yemeni American News, Rasheed Alnozaili, said, “[Alaa] is a star both on the field and at the classroom. Because of his dedication he was able to receive nearly a $90,000 scholarship. He made his parents really proud.”

Alnozaili adds, “Being an all-star in soccer and also an academic scholar is very difficult to be at the same time. What Alaa needs now is the ability to showcase his talent and understand how to get to play professional football after college. Alaa’s success as well as others’ in being accepted to prestigious universities to play division one sports is the first step to a professional career. Congratulations to Alaa and his family on this major achievement.”