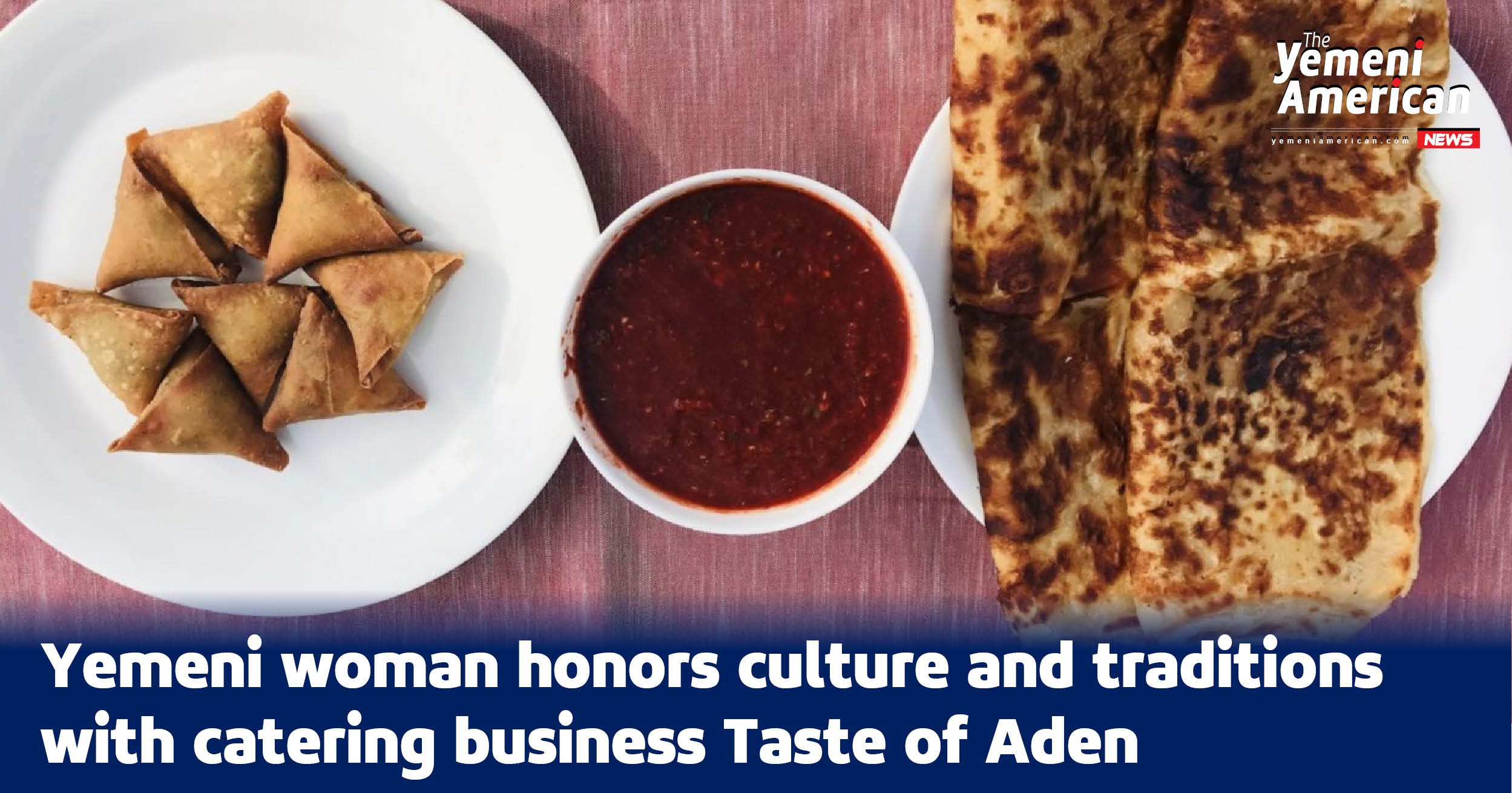 Cathy Manna is the owner of Taste of Aden, a catering business serving Yemeni foods like sambosa, pastries stuffed with ground beef and minced vegetables, and khubz tawa, a square multilayered flatbread made with browned butter.

She displays these foods on a picnic table at the Ford Field Park in West Dearborn, a place she likes to visit to relax.

“I like to make new recipes and I just love making traditional food,” she says.

The mother of five was born and raised in a diverse neighborhood in Southwest Detroit. She says her parents encouraged her to hold on to her culture and traditions.

“The Yemeni community, our parents wanted us to stick with our tradition and culture, no matter what. It doesn’t matter where we go or how we live, as long as we do not forget our language, our culture and our traditions,” she says.

Yemen of the Arabian Peninsula

Yemen is a mountainous country located southwest of the Arabian Peninsula. It’s nestled between the Red Sea, the Gulf of Aden and the Arabian Sea. It’s known for its ancient historical buildings and scholars, and is often referred to as the birthplace of commercial coffee. More recently it’s the site of a civil war that’s led to one of the world’s largest famines, displacing millions.

Manna says she grew up in Michigan during a time when there weren’t many Middle Eastern restaurants nor Yemeni Americans in Southwest Detroit.

“It was just a few of us living around that area back then. A lot of people didn’t even know about the country called Yemen. When they would ask me in school, they would be surprised. What’s Yemen? Where’s that located at?” she says.

Manna says mothers taught their daughters how to cook as a way to preserve culture and hold onto traditions.

“As a child I would help my mother with basic cooking preparation like cutting onions and cleanup. I would watch her make different types of food and her homemade browned butter, which we call semn. The homemade brown butter just brings me so much memories back then with my with my mom,” she says.

About six years ago Manna decided to bring that experience into a catering business called Taste of Aden, paying homage to a city in Yemen. She mostly catered to family and friends.

Then in December 2019, she decided to launch her business on Instagram to educate people about Yemeni food and culture.

“I was kind of nervous about Instagram, especially with all the stereotypes out there going on. However, I did my research, and I noticed that so many people are learning of other people’s descents and cultures through Instagram,” she reflects.

As soon as the pandemic hit, she worried that business would slow down.

“It actually went better during the pandemic. And also struggling with my previous job that was all online. That wasn’t just me, but millions of other people were struggling too.”

Manna says customers wanted to buy homemade foods as they attempted to sign their kids into virtual classes while also working from home.

“They didn’t have any time cooking, especially if they’re used to buying … going to the restaurants, buying ready-made food from other places.”

Then Ramadan rolled in when Muslims fast from dawn until dusk for a month, and eat special foods. Manna says they were afraid to buy food from stores during the early days of the pandemic.

“So many people were just afraid of buying ready-made food or dough from the stores,” she says.

“A lot of my dough is all made from scratch, especially the sambosa. The sambosa dough is a back killer. And I would not give up on that.”

Manna says she likes to mix her own spices, create fusion foods and put a Yemeni twist on other types of foods in the comfort of her home.

“I love meeting new people and having them try my food and making sure that it’s all homemade and fresh,” she says.

“Yemeni cuisine within your reach”

Najat Nahshal has been a customer of Taste of Aden for about a year. She says she can’t get enough of Manna’s homemade Yemeni dishes like zurbian, a signature lamb and potato rice dish.

“I’ve had zurbian from multiple cafes, Yemeni cafes/restaurants, in Dearborn, Hamtramck and I truly believe the her lamb zurbian was by far hands down the best one that I’ve had. It just has that like homemade touch to it and that authenticity.”

“Having authentic Yemeni food that’s available here in the United States in Dearborn, conveniently, it almost feels as though the entire Yemeni cuisine it’s all within your reach.”

“There weren’t too many role models for Middle Eastern women having their own business because of stereotypes. I am proud of myself to be my own role model. And I’m also happy with all these other women out there that are struggling and thriving,” she says.

Manna launched Taste of Aden a few years before the pandemic. While she was afraid COVID-19 would put her out of business, it became an opportunity for her to cook homemade meals for families, educate people about her Yemeni culture, and become a role model for Yemeni and minority women to pursue their passions.