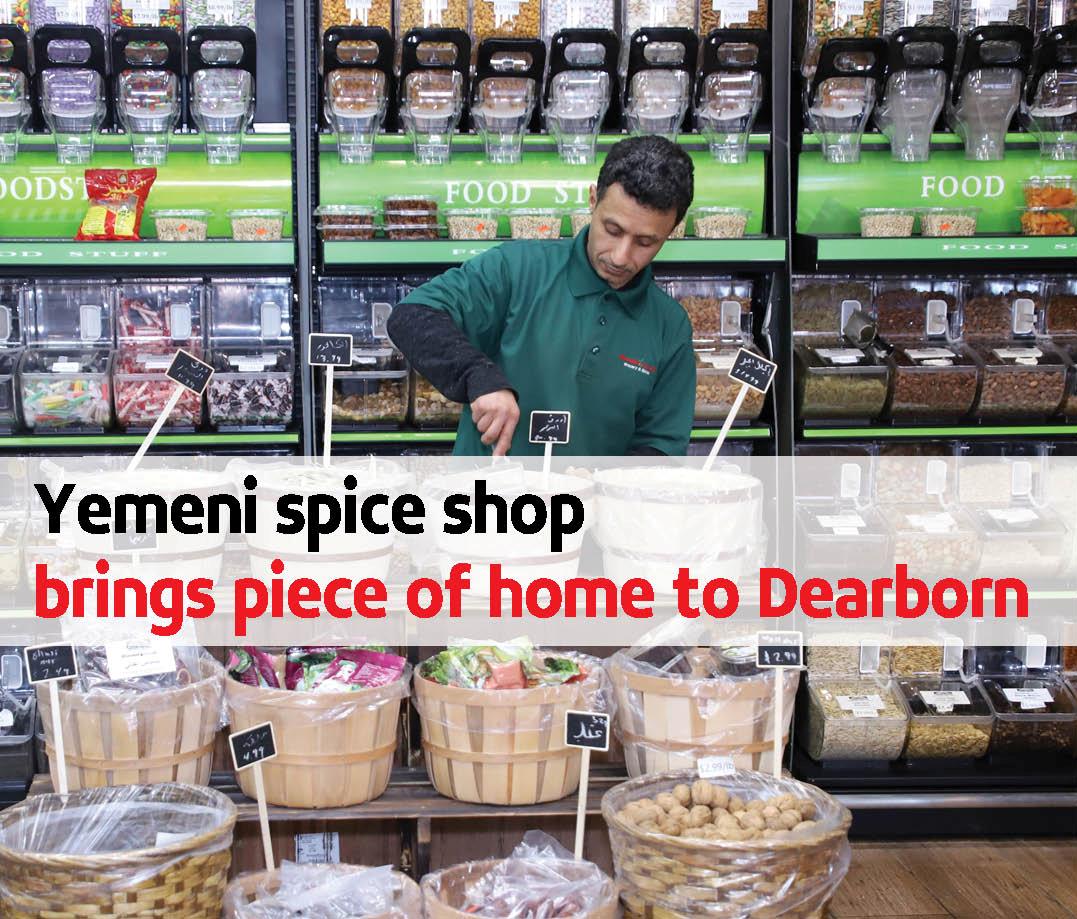 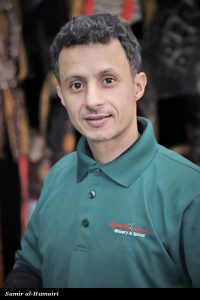 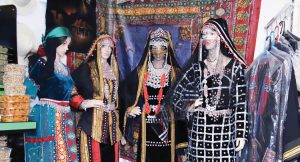 It’s a smell of home. Alsaeedah Grocery And Spices transports the scent and taste of Yemen to Dearborn.
The spice shop on Schaefer Avenue is another sign of the growing Yemeni food scene in the city, where Yemeni Americans are making their presence known in the business world.
Samir al-Humairi and his partner Fisal opened up the store about a year ago, and since then, they have been developing a large customer base.
The shop’s name, which means “happy” in Arabic, refers to a nickname for Humairi’s homeland, which is known as “Happy Yemen”.

Authenticity
Humairi worked in spices in Saudi Arabia and back in Yemen before immigrating to New York in 2005. He, then, moved to North Carolina, but selling spices was on his mind in every American city where he resided.
When he arrived to Dearborn, he knew the city is ideal for his project – a place with a large Yemeni population and no stores that specialize in Yemeni spices.
“It is a business that I spent my life working in and new well; it is also a business that I know Dearborn needed,” Humairi told the Yemeni American News.
He said almost instantly, customers started frequented his shop, driven by nostalgia for the homeland.
Besides spices, the store sells Yemeni honey and traditional Yemeni clothes and artifacts.
Authenticity is a key to the business, Humairi said. He knew that people try to get their spices and honey from Yemen, so he wanted to provide that service to them right at their doorstep without changing the product. For example, he buys the honey from beekeepers from rural Yemen.
The store also carries medicinal herbs used in traditional Yemeni home remedies. It also has various kinds of coffee beans and pottery.
“Everything that has to do with Yemen, you’ll find it here,” Humairi said.

Diverse customers
Over a relatively short period of time, the shop has acquired customers of all backgrounds, not only Yemeni Americans.
But Humairi is not surprised. “It’s true that most of our customers are Yemeni, but we get people from all over the city,” he said.
Humairi explained that people who live around Yemenis are especially drawn to the shop after smelling the spices and eating the food of their neighbors.
Yemeni spices are known for their subtle yet flavorful taste.
“Here, you’ll find Yemen in its traditional simplicity and playful spirit,” he said. “We chat with customers and even negotiate prices. A customer would instantly know that this is a Yemeni shop. When you come in, you’ll feel like you’ve travelled to Yemen. I urge customers to come in and give us a chance.”
Humairi and others like him represent the Yemeni immigrant’s drive and dream of establishing something abroad without losing their identity.
A Yemeni immigrant’s simple dream has been realized with this shop. He was able to import a beautiful piece of his homeland and share it with the Arab American community and the wider society.
Alsaeedah Grocery And Spices is located at 5914 Schaefer Rd in Dearborn.
Welcome to Yemeni America.